On Twitter, hashtag #Speakout became a prominent trend in the early hours of Friday after several women, associated with the pro-wrestling industry, spoke out against violence and sexual assault they had suffered.

Allegations of sexual assault and harassment have shocked the British pro-wrestling circuit with top pro-wrestlers, including several contracted with the WWE, being accused by various women.

On Twitter, hashtag #Speakout became a prominent trend in the early hours of Friday after several women, associated with the pro-wrestling industry, spoke out against violence and sexual assault they had suffered.

WWE’s Pete Dunne and the leading performer of WWE NXT UK brand also expressed shock on what he had been seeing on social media regarding allegations on his fellow wrestlers, stating, “This is a huge eye opener and let’s hope it will force a big change.”

I’m disgusted by what I’m reading.

Well done to those speaking out. I really hope we can make British wrestling a better place and keep everyone safe.

This is a huge eye opener and let’s hope it will force a big change.

WWE UK’s Jordan Devlin, Ligero, Travis Banks, Joe Coffey names have come up so far. WWE also released an official statement on Devlin – a former Cruiserweight champion - stating: “We take any allegation of this nature very seriously and are looking into the matter.” Devlin is being accused of abuse, by a person named Hannah Francesca, who shared graphic photos on Twitter of bruises throughout her lower body. Her tweets are protected now. 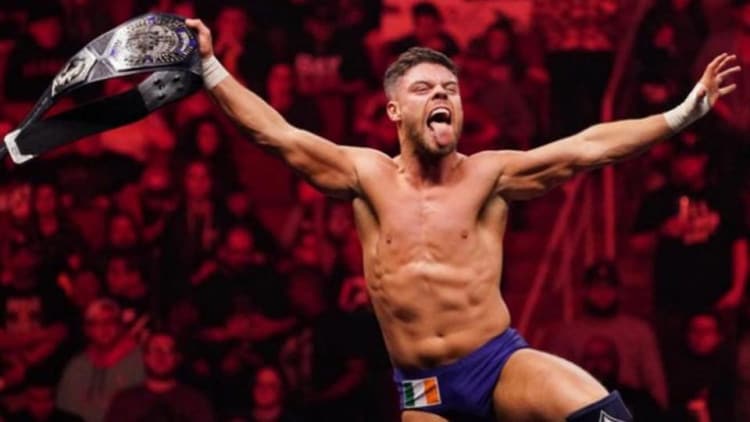 “This is scary. I'm really scared. Jordan Devlin did this to me. And this is just the physical damage. Not including my arse and back bruises...because I don't fancy posting that online,” Francesca wrote. WWE NXT Superstar Piper Niven showed supported Francesca’s allegations, tweeting: “I feel like we are all just waiting for someone else to go first. I'm scared too, I see you and I love you. The pro-wresting world had been dealing with such allegations against an independent wrestler, David Starr, after a Twitter user by the name of Tori shared her story earlier this week, saying the 29-year-old sexually assaulted and abused her, prompting another woman to share her experience.

He’s a sack of shit who mentally, emotionally, and sexually abuses his girlfriends. — tori. 🌸 (@slaymysterio) June 17, 2020

Since then, Starr has been dropped by various wrestling promotions, including an organization he co-founded - We The Independent - and stripped of his titles.