Here's a look at some of the alternatives to Apple Watch and how they compare.

Here's a look at some of the alternatives to Apple Watch and how they compare.

New York: As much as I wish the Apple Watch could do more, I find it the best smartwatch available, given its polished design and wide range of apps.

But there may be reasons to consider something else. For one thing, Apple Watch requires an iPhone. Pebble Time, in particular, works with both iPhones and Android devices and excels at battery life. But it falls short elsewhere.

Whether you need a smartwatch at all is another matter. Many people are happy having one, but others won't need one yet. If you need to stay connected continually and find that pulling out a phone is inconvenient, you might be in the market for a smartwatch. It will give you regular updates, replicating notifications on your phone. You'll also get apps like navigation and fitness.

Here's a look at some of the alternatives to Apple Watch and how they compare:

The original Pebble, the product of a public fundraising campaign through Kickstarter, reigned as a leading smartwatch until Samsung, Google and Apple came along. Orders began this week for a new model, Pebble Time. Apps offer business listings from Yelp, playback control for Pandora radio and sports scores from ESPN. But the app selection is short of what you get with Apple Watch or watches that run Google's Android Wear system. For instance, the most popular navigation app, MapsGPS, feels rudimentary.

What's good: I can go about five days between charges, while rivals smartwatches max out at a day or two (Apple Watch is officially at 18 hours, though I typically get several hours more). In addition, the display is always on, so you can use a watch as, well, a watch all day. With some smartwatches, the screen goes dark to save battery. 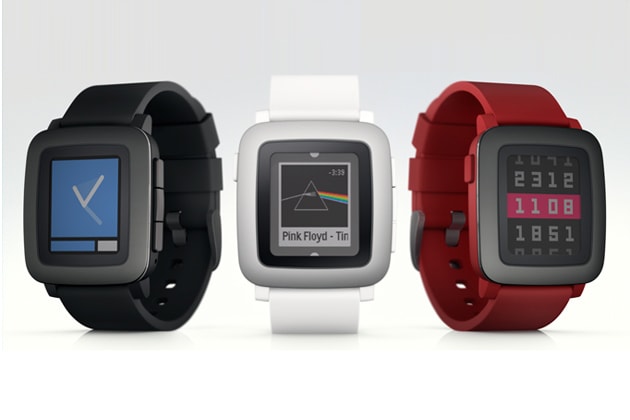 Compromises: Pebble Time achieves amazing battery life by using a paper-like display that makes graphics and text look dull and fuzzy, as though generated by a dot-matrix printer from the 1980s. On a pedometer app, I couldn't tell whether I ran 6,350 or 8,350 steps. Unlike most other smartwatches, Pebble Time lacks a touch screen and a heart-rate monitor. Outside parties can make watch bands with heart rate and other sensors, but nothing's available yet.

The bottom line: The no-frills smartwatch comes across as a toy, but it's also much cheaper than a $349-and-up Apple Watch. Pebble's silicone band feels flimsy, though you can buy better ones from outside parties. Pebble Time supports both iPhones and Android; some apps and features work with just one or the other.

Any manufacturer can make watches based on Android Wear. If Pebble's or Apple's rectangular designs aren't for you, you can get a round watch like Motorola's $250 Moto 360 or LG's $350 Watch Urbane. You can also get a model with built-in GPS like Sony's $250 SmartWatch 3 (though it's also rectangular). There are seven models so far, with more to come. Older models have steep discounts.

What's good: Android Wear puts the "smart" in smartwatches by anticipating your needs — weather, travel times and appointment reminders, based on what Google learns about you. Creepy, but useful — at least during the occasional times when Google anticipates correctly. 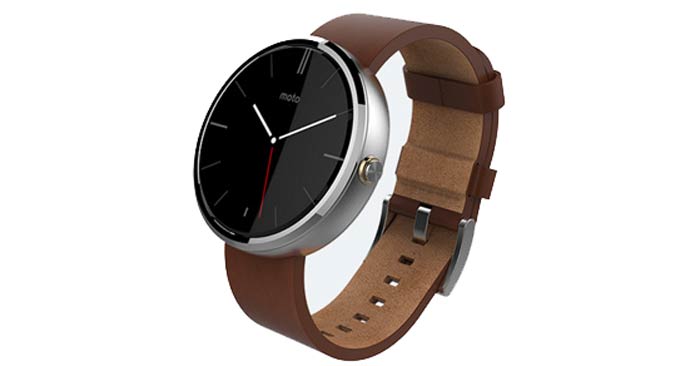 Compromises: Android Wear is highly dependent on voice commands. I get self-conscious speaking to a watch in public, and it doesn't work well in noisy environments. Apple Watch does require voice for extensive message replies, but there's a lot you can do through its touch screen and dial. A recent Android update makes it easier to launch apps and reach frequent contacts using the touch screen, but with more scrolling and tapping compared with Apple Watch.

The bottom line: It's getting there. The app store and user interface for the year-old Android Wear are just starting to catch up to what Apple Watch had in its first week.

Samsung's latest smartwatch has a slick user interface and a vivid, curved screen. It's also huge.

What's good: Gear S stands out in having its own cellular connectivity, so you can do more when you leave your phone at home. It has built-in GPS, too, which makes tracking runs and bike rides more accurate. (Android Wear just started letting users get notifications over known WiFi networks, but it's not as ubiquitous as cellular. Apple Watch also uses WiFi, but only when it's on the same network as the phone.) Compromises: Samsung shuns Android Wear, so apps need to be designed specifically for the watch. Many developers haven't bothered.

The bottom line: The Gear S is a third-generation smartwatch from Samsung. By now, I expect a robust app store. The hardware may be stunning, but that matters little without good apps to use it.