With over four decades of successful investments around the world, the ADIA-Reliance Jio deal cements Jio Platforms' role in India.

Reliance Industries earlier today announced that Jio Platforms was getting its eighth major investment in the company, in just over six weeks. The latest investment has come from Abu Dhabi-based investment group Abu Dhabi Investment Authority (ADIA), which has invested Rs 5,683.50 crore in Jio Platforms, for a 1.16% equity stake in the firm. Reliance Jio has previously announced investments from Facebook, Silver Lake, Vista Equity Partners, General Atlantic, KKR and Mubadala Investment Company, over the past few weeks. With a total investment of Rs 97,885.65 crore in exchange for a 21.06 percent stake, Reliance Jio Platforms has proven to be one of the most lucrative companies for foreign investors.

Reliance Jio and its investments in India's telecom space have changed the face of the industry. Jio Platforms could definitely evolve as a technology company that has expertise in multiple domains. Jio's technology umbrella already includes broadband services, smart devices, cloud and edge computing, Big Data analytics, artificial intelligence, Internet of Things (IoT), Augmented and Mixed Reality and blockchain. The money invested by Mubadala, as well as the likes of KKR, General Atlantic, Facebook, Silver Lake Partners and Vista Equity Partners will help the company achieve the Digital India vision for 1.3 billion people and businesses across the country, including small businesses, micro-businesses and farmers.

“I am delighted that ADIA, with its track record of more than four decades of successful long-term value investing across the world, is partnering with Jio Platforms in its mission to take India to digital leadership and generate inclusive growth opportunities. This investment is a strong endorsement of our strategy and India’s potential.” said Mukesh Ambani, Chairman and Managing Director of Reliance Industries, upon announcement of the deal. 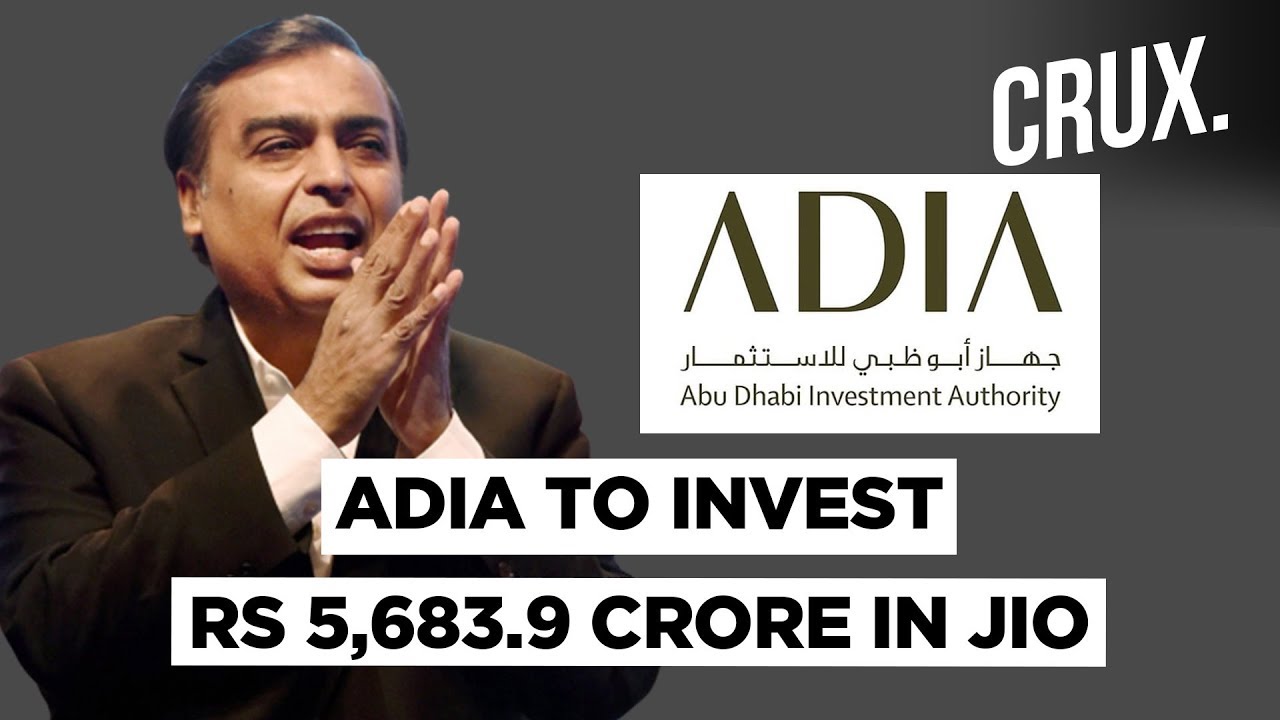 The Abu Dhabi Investment Authority is a sovereign wealth fund owned by the Emirate of Abu Dhabi, and is known for making landmark investments on behalf of the government of Abu Dhabi. It is chaired by His Highness Khalifa bin Zayed bin Sultan Al Nahyan, the President of the United Arab Emirates and the ruler of Abu Dhabi. Founded over 44 years ago, ADIA is one of the world’s foremost investors, and is a member of the International Forum of Sovereign Wealth Funds.

Elucidating his outlook on investing in India’s leading technology platform, Hamad Shahwan Aldhaheri, executive director of ADIA’s private equities department, said, “Jio Platforms is at the forefront of India’s digital revolution, poised to benefit from major socio- economic developments and the transformative effects of technology on the way people live and work. The rapid growth of the business, which has established itself as a market leader in just four years, has been built on a strong track record of strategic execution. Our investment in Jio is a further demonstration of ADIA’s ability to draw on deep regional and sector expertise to invest globally in market leading companies and alongside proven partners.”

With Jio Platforms poised as a transformative player in India’s technology industry that has drastically transformed the telecom industry of India, ADIA’s investment in Jio Platforms has further cemented the company’s position as a market leader. With investments from abroad touching close to Rs 1 lakh crore, Jio Platform is set to revolutionise India’s digital endeavours by leading on all grounds – from enterprise to consumer technologies alike.

Disclaimer:News18.com is part of Network18 Media & Investment Limited which is owned by Reliance Industries Limited that also owns Reliance Jio.
Next Story