Amazon Echo Auto Wants to Put Alexa in Your Car

The invite-only launch of the Echo Auto is in many ways a real-world trial of a device that can put the Alexa virtual assistant in your car, just a voice command away.

Amazon is expanding the line-up of devices meant for your home, which run the Alexa virtual assistant. But that is not all. Amazon is eyeing your car too and wants to make it smarter without you having to upgrade the in-car infotainment system or buy a new one.

The device is called the Echo Auto, and as the name suggests, it has to be installed in the car. It connects with your phone via Bluetooth, so that the Alexa voice commands work. The voice commands it will work with will include music playback and navigation queries and instructions. There are eight microphones in the Echo Auto, which means it should be able to listen to your commands even with ambient noise, road or wind noise or even if the music is playing in the background. Even passengers sitting on the rear seat will be able to easily give commands to Echo Auto.

This is the latest salvo fired by Amazon in the battle for the in-car ecosystem with Apple and Google. Apple has the CarPlay solution, while Google has Android Auto. However, to make both work for you, you will need to have an iPhone or an Android phone, and an in-car infotainment system capable of running these platforms. The fact that Echo Auto can be plugged into any car without having to tick off a basic requirements checklist, makes this more versatile in any case.

You will also be able to give voice commands to Alexa, as you drive along, for making calls, setting calendar entries, marking reminders, do voice-based shopping on Amazon, check the latest news or find a nearby point of interest. At present, the Echo Auto works with Audible, Amazon Music, Spotify, Sirius XM, and NPR apps for podcasts and streaming music. 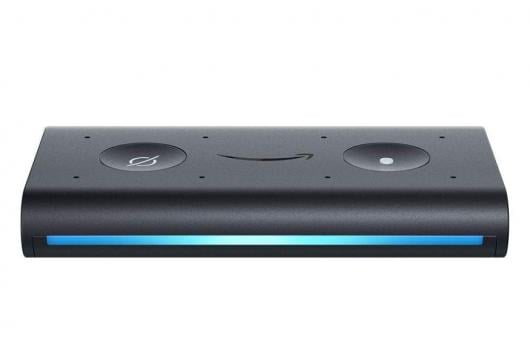 The Echo Auto starts up and is ready for action as soon as you switch on the car. There are also location-based features that could trigger certain action. For instance, when Alexa detects you are nearing your home, it could automatically send the commands to switch on the smart air purifier in your home, for instance.

At present, the Echo Auto is invite-only, and is priced at $24.99 for the time being. When the full rollout happens next year, it will be priced at $49.99. There is no word yet on if and when the Echo Auto will be launched in India.