Amazon Fire TV Stick Review: Still As Fantastic As Before And Time Hasn’t Blunted Its Edge

It has been a while since Amazon updated the Fire TV Stick, not to be confused with the Fire TV Stick 4K. Though its relevance in the line-up now may be a tad lesser than in 2017, since 4K TVs are now in more households three years later, it now gets Dolby Atmos audio and High Dynamic Range (HDR) support.

There is an undeniable and distinct memory of the time when Amazon launched the Fire TV Stick (that was the second generation, if I remember correctly) in India, for the first time, back in 2017. It was the beginning of an era that really simplified things for movie buffs and couch potatoes alike. It solved the one big conundrum—how to make an un-smart TV smart, without having to run out and buy a new TV itself. A few years later, there is still very little competition to what the Amazon Fire TV Stick brings to your TV, now in its 2020 avatar. Simply put, the Amazon Fire TV Stick plugs into your TV and brings a world of video streaming apps such as Amazon Prime Video, Netflix, Disney+ Hotstar, Apple TV, Sony Liv, Jio Cinema, Voot, Zee 5, Discovery+, YouTube, YouTube Kids, Hoichoi, Eros Now and more. And now Live TV channels are integrated as well, with the upcoming update.

It has been a while since Amazon updated the Fire TV Stick, not to be confused with the Fire TV Stick 4K. This replaces its predecessor at the price point of Rs 4,999 but at the time of writing this, a limited offer deal has this priced at Rs 2,499 which means the passing of time hasn’t made this any more expensive. Though its relevance in the line-up now may be a tad lesser than in 2017, since 4K TVs are now in more households three years later. While the Amazon Fire TV Stick is still Full HD capable, but now supports the modern elements that you’d want in the binge-watching experience—Dolby Atmos audio and High Dynamic Range (HDR) support. 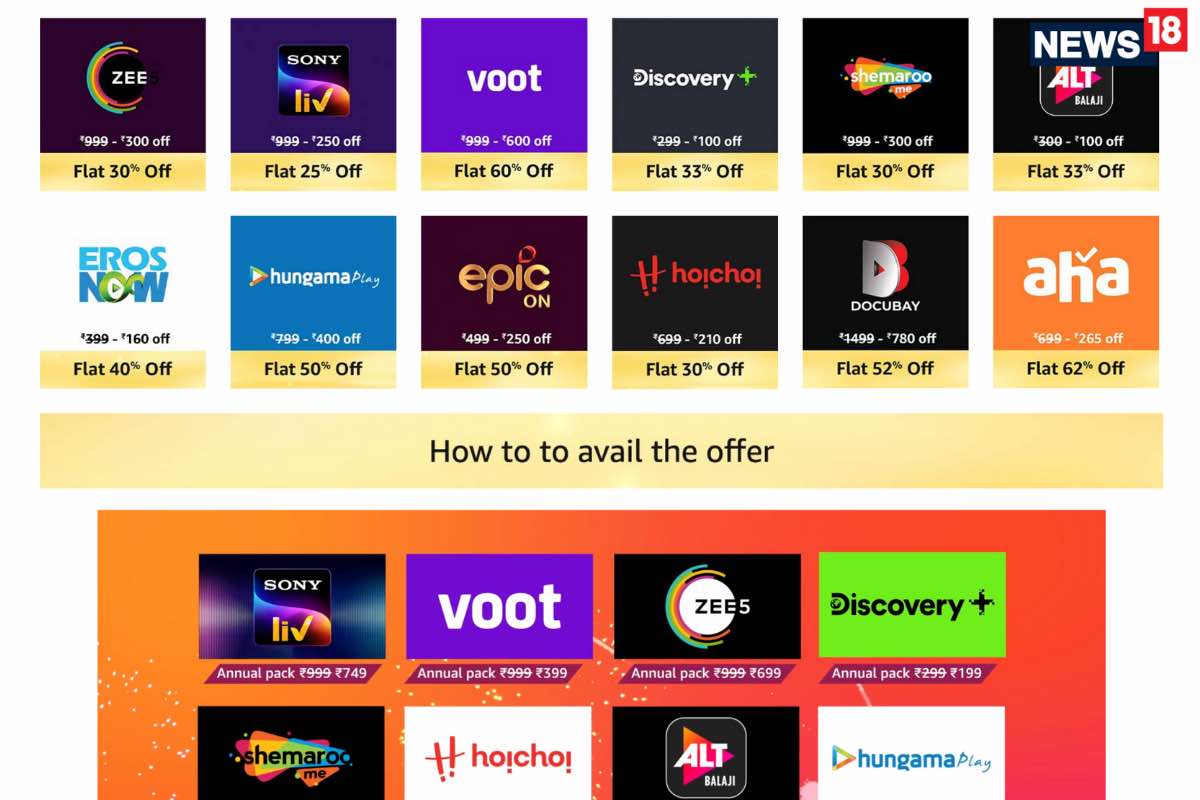 Streaming Offers Galore, Save Some Money Too

To get you started, there are streaming app bundled offers as well. At this time, if you subscribe to streaming apps on the Fire TV, you get some discounts as well. For instance, Sony Liv annual subscription that is otherwise priced at Rs 999 will cost you Rs 749 instead, a straight Rs 250 discount. Similarly, the Zee5 annual pack that costs Rs 999 will be available for Rs 699 which is a straight discount of Rs 300. There are similar offers on Voot, Discovery+, Alt Balaji, Hungama Play, Eros Now, Hoichoi and more. Remember, to avail these discounts, you need to subscribe to the premium packages via these apps on the Amazon Fire TV Stick itself.

The More Things Change, The More They Remain The Same

Setting it up remains quite simple. Plug this into the HDMI port on your TV—you may have to use the HDMI extender because the port may be placed where the Fire TV Stick cannot connect directly. It is also better to power the Fire TV Stick directly from the mains and not use a USB port on the TV itself. The design of the Fire TV Stick and the Alexa Voice Remote remains pretty much the same as before. You sign in with your Amazon account (if you purchase this on Amazon.in, it’ll come with your credentials preloaded).

The home screens are laid out in such a way that you need to scroll vertically to browse the content on the different rows and horizontally to select apps or pieces of recommended content. There is just something about the Amazon Fire OS which makes it almost immediately likeable, even after so many years of being consistently similar. There is a lot that is happening on the home screen, but it doesn’t feel cluttered or overwhelming. Amazon hasn’t overhauled the interface, which means if you have ever used a Fire TV Stick in the past, you’ll get the hang of this almost instantly. At the very top of the screen are the broader categories, for movies, TV shows, Apps and Settings. This is where the Live TV functionality will also join in soon, once the new firmware update is available.

More Power For The Modern Requirements Of HDR & Dolby Atmos

The new Fire TV Stick runs a MediaTek quad-core processor clocking at 1.7 GHz, 1 GB RAM, PowerVR GE8300 graphics for audio and video processing as well as 8 GB internal storage for apps. Everything feels snappier even though the 2nd generation Fire TV Stick was no slouch and continues to run smoothly even after years of honest service streaming content to our TV. Switching between apps seems faster and so does the scrolling through the interface. That being said, in-app performance will be a dependent on the app itself and more often than not, simply updating it helps. For comparison, the previous Fire TV Stick is powered by a MediaTek quad-core processor clocking at 1.3 GHz, 1 GB RAM, Mali450 graphics and 8 GB internal storage.

This Is Still Meant For Full HD TVs

While the Amazon Fire TV Stick is still doing the Full HD 1080p routine, the new generation gets more power for the HDR formats that it now supports—HDR 10, HDR 10+ and HLG. On compatible TVs with the apps such as Amazon Video and Netflix, this will be a lot more fun. The newfound processing power makes the new Amazon Fire TV Stick up to 50% more powerful than the one it replaces. This also supports Dolby Atmos audio on content on Amazon Video and Netflix with compatible soundbars. You can set the colour depth at 8-bits, 10-bits or 12-bits, depending on what your TV can reproduce.

Alexa voice remote that you get with the new Amazon Fire TV Stick also has the dedicated Alexa voice control you can also use this to find content. The remote also gets dedicated power and volume buttons, which is extremely convenient whatever the TV or the soundbar that you may be using. No more do you have to handle multiple remotes, particularly for controlling the volume.

Live TV Is On The Way, If Not Already

Pretty soon the new Amazon Fire TV Stick with also integrate Live TV channels. At the time of writing this, that software update has still not landed on the Fire TV Stick that I’m reviewing. Once it does, channels that are part of your subscription for apps including Voot, Sony Liv, Discovery+ and NextGTV will be easily accessible in the new Live TV tab on the homepage. What I can see at this time is the channel guide which is one of the horizontal rows on the home screen, listing the TV channels from Sony Liv, Voot and Discovery+ with the detailed program guide. I do not subscribe to NextGTV but for anyone who does, those channels will be visible here, if you do. At this time, Disney+ Hotstar is missing from this list, but it is expected that Zee 5 will be joining in on the fun soon.

The Last Word: Competition Is Tougher Than Before, But It Has Everything In Place

To be honest, it really doesn’t get much simpler than this. If you still have a Full HD TV, there really is no better way to get the world of video streaming apps, all at one place. It is simple, it puts all the content at the forefront and there are absolutely no surprises (unwanted or otherwise) along the way. This is pretty much still the plug it and forget it device that I’ve always appreciated the Amazon Fire TV Stick for. This is even though a lot has changed around the Amazon Fire TV Stick and the ecosystem now has Android TV based streaming sticks, including the Mi TV Stick and the Nokia Streamer for instance, both of which are also meant for Full HD TVs.