Amazon Proteus Is The First Fully-Automatic Robot From The Company: All Details

Proteus is a fully-autonomous robot

Amazon is slowly adding more robots to its warehouse that compliment the workforce which is unable to carry heavy objects.

Amazon’s primary business is e-commerce but the company has become equally serious on the hardware side with futuristic robots in play. And now Amazon has unveiled its first-ever fully-autonomous robot called Proteus which relies on Amazon’s technology to navigate around its warehouse with precision and safety.

Amazon claims Proteus can operate on its own, without any manual assistance, which means the robot is not confined to specific areas of its warehouse and it can automatically do its task with the employees around the same space. The company has designed a built-in green light which acts as a sensor for the robot to detect if someone is in close proximity. When a human comes close to this light, Proteus waits for them to move away to resume its movement.

Also Read: New Windows 11 Feature Tells You Which Apps Are Using Mic And Camera On Your PC

“It can operate in a manner that augments simple, safe interaction between technology and people, such as the lifting and movement of GoCarts, the non-automated, wheeled transports used to move packages through our facilities,” said Amazon.

The Proteus robot will be utilised by Amazon at the outbound GoCart handling areas in its fulfilment centres and sort centres. Amazon aspires to use Proteus in helping carry the heavier objects, which reduces the strain and the need to employ more manpower for such tasks at its centres. 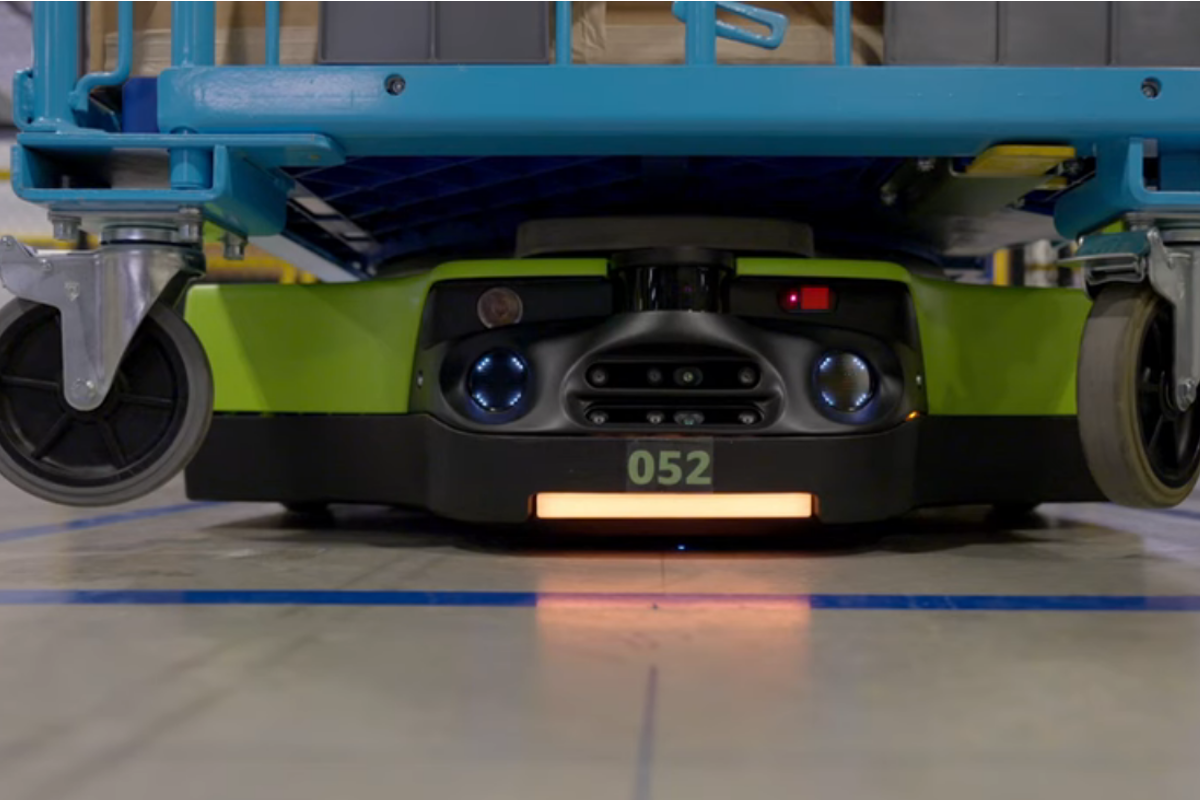 Amazon has been repeatedly accused of shifting the workforce and replacing them with robots. But denying such claims, the company claims to have more than 520,000 robotic drive units and added over a million jobs, worldwide.

Also Read: MediaTek Dimensity 9000 Plus Launched As New Flagship Chipset: Here Are All The Features

In addition to the Proteus, Amazon has lined up another robot called Cardinal, which is more of a robotic arm that is capable of lifting weights up to 50 pounds.