Amkette Evo Fox Game Box Review: Game On, Without Burning A Hole In Your Pocket

The Amkette Evo Game Box is priced at Rs 8,990 and that makes it significantly less of an outlay for a gaming console than what you may have imagined. That includes the Nvidia Shield gaming console family, which is the benchmark in the world of Android TV media players and gaming consoles.

There is just something about gaming consoles because even those who wouldn’t otherwise like to be referred to as gamers, suddenly want to plant their backsides firmly inside the warm cushiness of a bean bag and spend hours racing on some of the iconic racetracks in the world or spend a lot of time shooting the heads off the zombies who have taken over what remains of the damned world. That being said, not everyone can afford a Sony PlayStation or a Microsoft Xbox console. What if I was to tell you that most of those games you play on the comparatively small screen of your phone, can be made available on your TV as well. A much larger canvas to enjoy games, isn’t it? Albeit most certainly not in the same league as the Xbox and the PlayStation. That’s exactly what the Amkette Evo Game Box does. Irrespective of whether your TV is a smart TV or not, the Evo Fox Game Box simply adds both dimensions to the experience—gaming and video streaming. But how much money will you have to part with?

The Amkette Evo Fox Game Box is priced at Rs 8,990 and that makes it significantly less of an outlay for a gaming console than what you may have otherwise imagined. That includes the Nvidia Shield gaming console family, which is perhaps the benchmark in the world of Android TV based media players and gaming consoles, and their price tags also support that fact. Here, the promise is simple. The Evo Fox Game Box can deliver Android gaming that you can enjoy on your TV rather than looking down into your phone. After all, this runs Android 9 which has been heavily reworked for the TV screen. And this can be a one-stop video streaming hub as well, with all the popular video streaming apps available for download via the Google Play Store. The core specs of the Amkette Evo Fox Game Box include a quad-core processor, a Mali G31 3D graphics chip, 4GB RAM and 32 GB internal storage. If you intend to download a lot of games, and Android games have this bad habit of further downloading a lot of game data at certain points, you’ll fill this up rather quickly. That’s where the microSD card comes into the picture. The thing with the performance is that it is consistently slick, without any apparent slowdowns or stutters. That’s certainly a positive, particularly when you consider that underneath is still a fairly old Android iteration. There are also two USB ports, but those will be populated in a jiffy because the wireless remote control and the wireless game controller both need dongles to connect with the Amkette Evo Game Box. This, while it works well, just feels a tad old school for a gaming console that is attempting to attract gamers in the year 2021.

The Amkette Evo Fox Game Box is 4K ready, handles gaming as well at that resolution fairly smoothly. There is still some dependence on the actual game and how its tuned, but I noticed that graphics heavy games such as Asphalt 8 and Real Racing 3 had occasional stutters and there was some lag in the controller input at 4K, which was sorted as soon as the resolution came to a more controlled 1080p at 60Hz. Yet, at 4K resolution, games such as Ski Safari 2 and Hungry Shark Evolution exhibit absolutely no stutters. 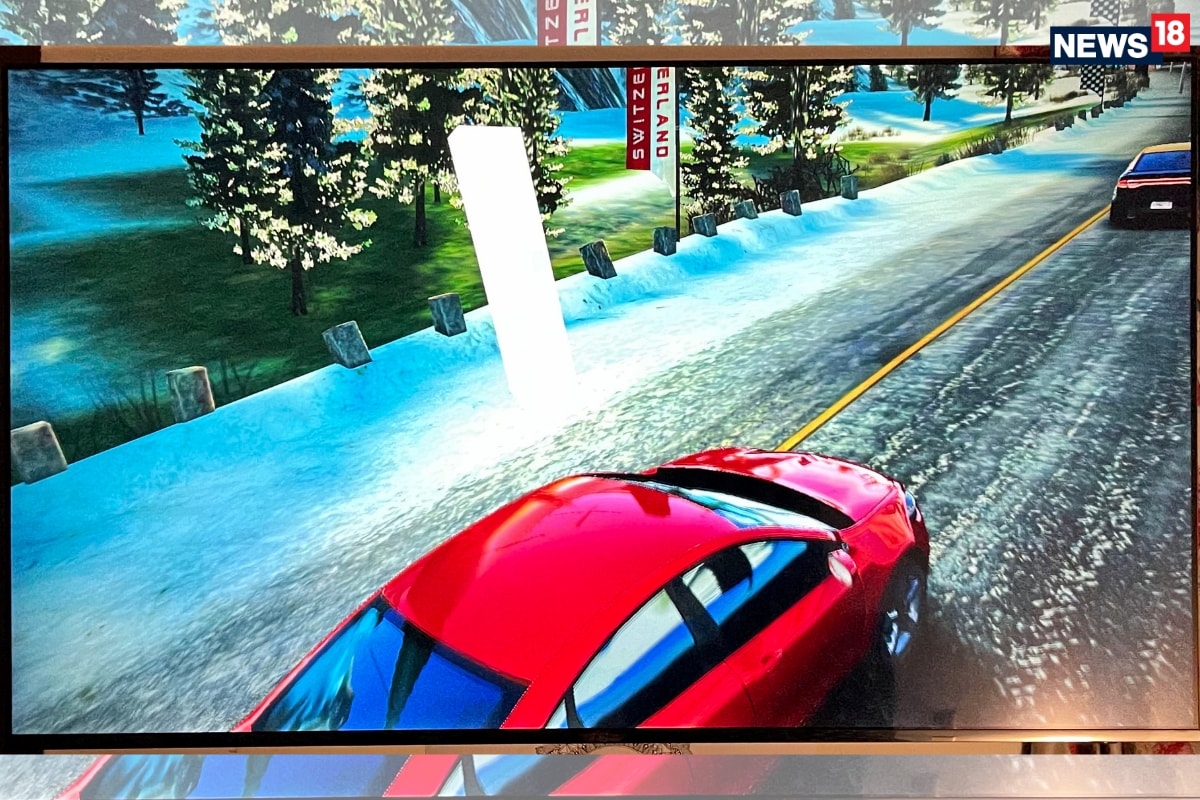 A lot of the experience and performance will depend on the game that you intend to play, and whether it can detect the gaming device it is being played on and whether it can adjust and play well with the wireless controller. For instance, the two game titles that I specifically had my attention on the Amkette Evo Fox Game Box are Asphalt 8 and Real Racing 3. On the former, the gameplay is fantastic with a very PlayStation 4-esque controller mapping, quick game load times and a very enjoyable experience overall. However, things on the Real Racing 3 title weren’t as smooth. The controller mapping is a bit weird and the game refuses to detect the left turn gesture on the controller. In a Formula 1 race, you wouldn’t last very long if your car refuses to turn left. In the fragmented world that is Android, the Google Play Store and indeed the Android apps and game experience, it is hard to underline an exact strength or weakness of the Amkette Evo Fox Game Box. Nevertheless, what we can say is that it’ll do very well if the game that you intend to run on it has been given enough smarts by the developer. And it’ll be a choppy experience if that isn’t the case.

The Amkette Evo Fox Game Box, on its own end, is ready with the hardware and the software to deliver when the right games come along. The good thing is, there are a bunch of preloaded games too across genres, which can get you started with gaming pretty much from the outset. Beyond that, the Google Play Store is your wide canvas. One observation that I really cannot mince words with is the interface. Yes, this is a highly customized wrapper meant to bring forward the games on the home screen itself. That being said, the interface itself doesn’t exactly have a modern visual touch to it. Agreed, there is nothing wrong with what it does, which is an attempt to curate some apps and games and also leads you to an app drawer. But it feels a tad too simplistic, with far too many boxed adjusted wherever there was space. And the app drawer just doesn’t have a premium feel to it—there is a very distinct hint of how Android looked a few years ago. I understand this is Android 9 beneath all the wrappers, but if there is customization being done, a bit more tweaking would have helped make it visually better. It is also hard to immediately identify what you’ve selected on the screen in case you get distracted with something else for a moment, and you have to use the direction keys again on the remote to rediscover your exact selection location. You’ll probably also use the Amkette Evo Fox Game Box for video streaming apps quite regularly, if you don’t already have a smart TV. On the plus side, from the get-go, this supports all video streaming apps. Netflix, the usual suspect that has the habit of not playing well with certain video streaming hardware, is available on the console. So are the likes of Amazon Video, Disney+ Hotstar, Sony Liv, Jio Cinema, Zee5 and more. Wherever there is content in 4K, the Evo Fox Game Box reproduces that flawlessly. As long as you also have a 4K TV, that is.

There is no doubt in my mind that the Amkette Evo Fox Game Box very much delivers on what it had set out to do, and that is bring smartphone gaming and video streaming to a TV near you. Why be restricted to your phone’s screen size in terms of experience. It has the hardware grunt to get 4K gaming to your TV, at least for games that are optimized to deliver on that promise. The niggles with old-school controller and remote connectivity or even the somewhat dated interface can be easily pushed to one side, once the gaming and Netflix binging fun starts.