oogle says the current release includes new tools to deliver a polished experience and better performance. Some of the features rolling out with the latest Android version include an improved app launch experience and more.

The Android 12 Developer Preview 3 has started rolling out nearly a month before the Google I/O 2021 event. The latest development also means that Google will begin rolling out the next-generation Android OS to public testers with Pixel phones next month. As expected, the current build is rolling out Android developers and all those who had signed up for the Developer Preview 2. Google says the current release includes new tools to deliver a polished experience and better performance. Some of the features rolling out with the latest Android version include an improved app launch experience, new call notification and rich haptic experiences.

Speaking about the new app launch experience on the Android 12 Developer Preview 3, Google notes that it added a new app launch animation for all apps from the point of launch, a splash screen showing the app icon, and a transition to the app itself. The new experience brings standard design elements to every app launch, but the company has kept it customisable so that third-party developers can maintain their unique branding. Google claims that this makes for a “more consistent and delightful experience.” 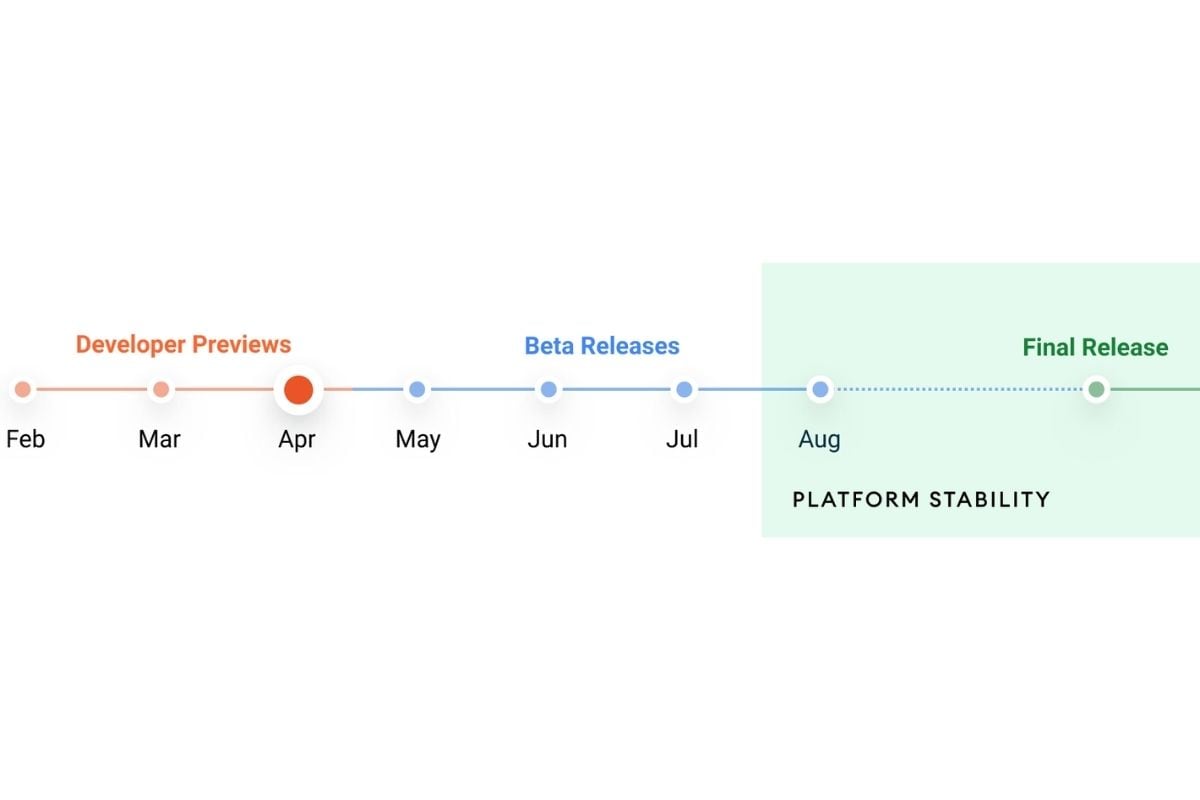 The company is also looking forward to improving notification and its components. The OS gives CallStyle notifications high visibility, such as bringing them to the top of the notifications shade. In terms of haptic, Google is expanding Android tools to offer haptic feedback for UI events, immersive effects for gaming, and attentional details for overall productivity. “We’ve added expressive effects like low tick that take advantage of the broader frequency bandwidth of the latest actuators. Game developers can now access multiple, different actuators independently in game controllers to deliver the same effect synchronously or different haptic effects on multiple actuators,” the company said in a blog post.

Another feature added on the Android 12 Developer Preview 3 is the support for pixel binning in third-party camera apps. It essentially means that if the smartphone has a high megapixel camera that can combine multiple (usually four) pixels into one, the functionality will be supported outside the default camera app. Other tweaks include faster machine learning, standardising GPU compute, better debugging for native crashes, and more app compatibility. The current Android 12 Developer Preview 3 is rolling out to developers with Pixel 3, Pixel 3 XL, Pixel 3a, Pixel 3a XL, Pixel 4, Pixel 4 XL, Pixel 4a, Pixel 4a 5G, and Pixel 5 device. Other users with the Android Emulator can also test the Developer Preview 3 build.