Apple AirPods May be Used to Spy on Conversations: Here is How And Why

Apple AirPods are one brilliant piece of engineering and well optimised for Apple ecosystem users.

Apple AirPods have attracted a lot of attention since the time they were announced alongside the Apple iPhone 7 and 7 Plus in 2016. In India the Apple AirPods are a little exorbitantly priced at Rs 15,400. Well not the kind of money many will be willing to shell out for a wireless audio device. Contrary to popular belief it's much more than that. Let's find out in our review.

The Apple AirPods come with a charging case and a USB lightning cable. The charging case houses a pair of AirPods. As soon as you open the case the AirPods connect to your iPhone, iPad and Mac automatically. The AirPods have a similar design to the Apple Earpods that many have used in the past with their Apple devices. The biggest difference is that there are no wires in this one. Once you look close enough, you'll see minor differences on it. The AirPods come with Apple's new W1 chip that is coupled with dual optical sensors and accelerometers in each AirPod. This system works together to detect when AirPods are in your ear, so they only play when you are ready to listen. 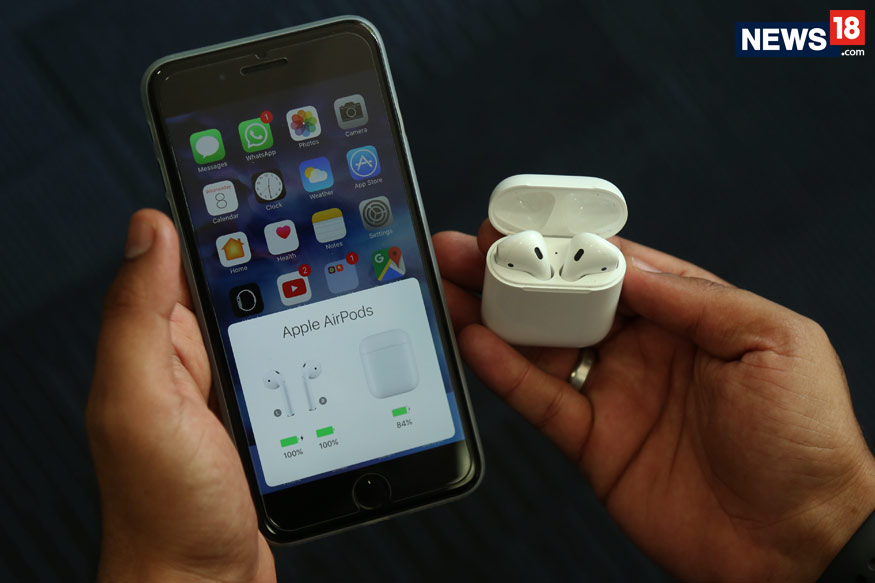 Yes, if you remove one AirPod from your ear it automatically puts your music to pause. , or just remove one to have a conversation and automatically resume when you put it back. There are no buttons on the AirPods for you to tinker around with. All you have to do is just take it out of the charging case and put it inside your ears.

For those who thought that they will fall, they won't. Someone would have to punch your face with force for the AirPods to fall. They are comfortable too, we wore them for an entire day and it did not feel intrusive to daily functioning at all. If you like to run with them you don't have to worry that one of them will fall. We would rather put them in a wearable category than audio. The audio quality is rich, crisp and clear. They are as good as it gets for any wireless personal audio device.

You can even operate Siri on your Apple devices with them. Double tap on your AirPods and you'll invoke Siri. There are no buttons but the accelerometer on the AirPod detects your hard double tap. This function for Siri is by default on the AirPods. You can also change this gesture for pausing the music or switching it off completely. The process has to be done on your iOS device. Just go to Settings > Bluetooth and tap on the "i" icon next to the AirPods listing and chose your selection. The Battery life on it is also superb. The charging case carries 24 hours of charge. The AirPods easily last you a day if you are just taking phone calls or just about 3 hours if you are listening to music. As soon as you put the AirPods back in the charging case, they start charging again. You can also see the battery left on both the case and the AirPods on your iPhone screen.

What's not so Cool?

If by accident, you lose one AirPod that's it. You'll have to buy the entire pair again. Also, it's a new design for wireless audio, so in India if you are wearing one, well let's just say you'll get a lot of stares and attention. Apple AirPods are practical. They are a no fuss wireless audio device. They have a beautiful design that compliments with your iOS devices. For people who use Siri it's a must have gadget.

You can live without them too, but if you start living with them it's just better.