Apple has announced a new sign language interpreter service called SignTime that will aim to bridge the communication gap between Apple customer service and users with speech or hearing disabilities.

Apple has announced new accessibility features to help people with mobility, vision, hearing, and cognitive disabilities  - on the occasion of Global Accessibility Awareness Day 2021. Available later this year, the new updates will roll out across Apple’s host of products such as Apple Watch, iPad, and iPhone. The tech giant has also announced a new sign language interpreter service called SignTime that will aim to bridge the communication gap between Apple customer service and users with speech or hearing disabilities. Customers in the US, France, and the UK will be able to communicate via sign language on their web browsers. Starting with the AssistiveTouch for Apple Watch, the feature will enable users with upper body limb differences to enjoy the benefits of the smartwatch “without having to touch the display or controls." Using built-in motion sensors like gyroscope and accelerometer, along with the optical heart rate sensor and on-device machine learning, Apple Watch will be able to detect “subtle" muscle movements to let users navigate a cursor on the display through a series of hand gestures, like a pinch or a clench. Apple says it will essentially allow users to receive incoming calls, control an onscreen motion pointer and access Notification Center, Control Center, and more.

Whereas, eye-tracking support for iPadOS will enable third-party eye-tracking devices, making it possible for people to control iPad using just their eyes. Apple says compatible Made for iPhone (MFi) devices will track where a person is looking onscreen, and the pointer will move to follow the person’s gaze. Notably, Google had announced a similar app dubbed Look to Speak earlier this year to let people with speech and motor impairments communicate with others through their smartphone. 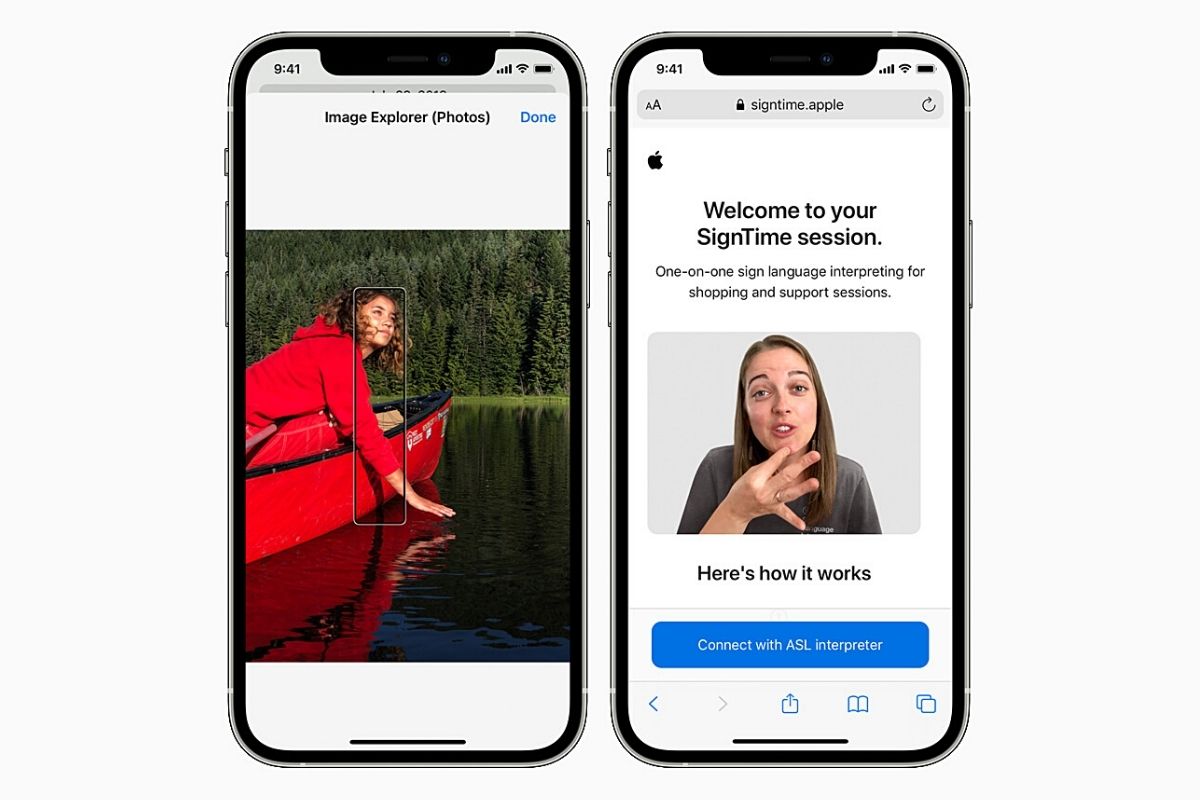 Apple is also updating its screen reader VoiceOver with the ability to allow people to explore more details in images. These details will include text, table data, and other objects. People will be able to add their own descriptions to images with Markup to bring a personalised feel. The new update will allow users to explore more details about the people, text, table data, and other objects within images. Another feature that is coming later this year is support for new bi-directional hearing aids. The microphones in these new hearing aids enable those who are deaf or hard of hearing to have hands-free phone and FaceTime conversations. The next-generation models from MFi partners will be available later this year, Apple said without sharing specific details. The company adds it is further bringing support for recognising audiograms — charts that show the results of a hearing test — to Headphone Accommodations. Users can quickly customise their audio with their latest hearing test results imported from a paper or PDF audiogram.

Other notables feature for a more inclusive approach include the addition of new Memojis with oxygen tubes, cochlear implants, and a soft helmet for headwear. For the rest of the month, the company is also offering live online sessions on ASL and BSL that teach the basics of iPhone and iPad for people with disabilities. It is only available in select regions, and India availability details remain unclear. Apple Books is adding reading recommendations from author and disability rights activist Judith Heumann, along with other themed collections.