It never really was this simple to review a new smartphone. That is just what the Apple iPhone 11 has managed to do, the combination of the specifications, features and the price seems to be in the right mix to do the trick. There are reasons for my optimism. When the iPhone XR became the best-selling smartphone in the world in the first half of this year, it was by a margin so significant that the number 2 and number 3 best-selling phones combined still totaled less than the XR sales. That clearly means there is an appetite, perhaps an aspirational value too, attached to buying an iPhone. And it wasn’t as though the iPhone XR was not without fault. May criticized that had “just” an LCD display, while others lamented the single camera at the back. But the spec sheet warriors aside, users clearly found value in the proposition that was overall very well put together.

It was imperative then for the Apple iPhone 11 to set off on the right foot. It is after all the lowest-cost iPhone that you can buy from the new line-up. And it has. The iPhone 11 costs Rs 64,900 (64GB), Rs 69,900 (128GB) and Rs 79,900 (256GB). The very fact that this year’s entry point into the iPhone line-up is Rs 10,000 or so lesser than last year, could prove to be a priceless advantage. The fact that the pre-orders on Amazon, Flipkart and Paytm Mall sold out within hours of going live indicates that it is hitting the correct notes. But are there any compromises, so to speak off. Actually, on the contrary, there are upgrades over the iPhone XR.

The iPhone 11 has a dual camera setup at the back now—an all new wide camera and an all-new ultrawide camera. The design has been redone in the sense that the glass at the back has a new no-joint fit and is stronger than before. The LCD screen remains the same in terms of size and resolution, but this display certainly looks better, thanks to the under-the-hood tweaks. And in terms of power, it is at par with the iPhone 11 Pro line-up.

Also Read | Apple iPhone 11 Pro Max Review: More Than Anything Else, The Camera is Truly Pro

Everyone is talking about the camera, and so should we. At the back sit a dual 12-megapixel camera setup which is the same optical hardware as the iPhone 11 Pro series, except that this doesn’t have the telephoto lens—just the new wide camera and new ultrawide camera. That means the photography performance is very similar. And the Portrait Mode is no longer restricted. There is the new High-Key Light Mono Lighting effect available, and the iPhone 11 can now make full use of the on-device machine learning to allow you to control the intensity of the portrait lighting effects as well. The expanded editing options are welcome too. While last year’s iPhone XS and iPhone XS Max also had dual cameras, the reality is that this year’s hardware and software works together to make this the best dual camera implementation in an iPhone. Ever. In photos, be it daytime or night, the colour separation as well as the tones are very close to how my eyes saw the world unfold before my eyes. The photos clicked even in tricky light reproduce very good details. The ultrawide photos can be incredible fun too—though I do fear you’ll mostly use this mode when on vacation and the world around you is just too beautiful to crop. Videos have great stabilization and focus as well, to go with the pristine detailing of the 4K 60fps resolution setting. Low light, fading light or objects zipping in and out of the frame don’t spoil the focus or the exposure. Plus, the dual stabilization truly does a fantastic job of ironing out any hand shake or the vibrations that may come as you move around.

The camera app has been updated too. The immersive mode being the first thing you notice. But there is a bit more substance. For instance, hold the shutter key and swipe right can lock the camera in video mode and start recording—without having to change the mode to video. Similarly. Do the same gesture and swipe to the left takes burst photos till you release the finger. The simplicity remains consistent though and so does the interface.

Apple has put the iPhone 11 on the same pedestal as the iPhone 11 Pro series, which means this gets the A13 Bionic chip doing the power delivery duties. In fact, this is 20 percent faster in terms of graphics and performance than the predecessor. And this is by far the fastest smartphone processor right now. With the new machine learning accelerators, this processor can do as many as 1 trillion operations per second. It is pointless to talk about whether apps open quickly enough or not.

Also Read | Apple iPhone 11 Series Goes on Sale; Which One Will You Buy?

Battery life is something that the iPhone XR does well, and expectations are that the iPhone 11 will also do the same if not better. In reality, it does better, lasting that much longer which means you get a day of usage with ease, and if careful, actually get to lunchtime the next day before you’d need to reach for the charger. Speaking of which—Apple still bundles the 5-watt adapter in the iPhone 11 box. This is really perplexing when the iPhone 11 line-up supports fast charging.

A lot of people walk up to me and ask fairly pointed questions about the iPhone 11. The discussion eventually turns to the LCD display, which Apple calls Liquid Retina. Look, the facts are simple—unless you are a display connoisseur of some sort (in which case you should be aiming much higher than the iPhone 11, go and look at yourself in the mirror), an LCD display will do just fine. It doesn’t have the deep blacks that an OLED display will be able to manage, but is that really a deal breaker? For most users, the Rs 35,000 price difference between the iPhone 11 and the iPhone 11 Pro would hold priority over possible haggling on the display. Yes, we can always say that Apple should have managed an OLED because Android phones also do, and granted that is a valid argument, but in terms of the user experience, this LCD isn’t a deal breaker. It is brighter than before, and looks richer as well. Or it could just be my eyes.

iPhone 11 is also the closest a phone has come to delivering the surround sound experience, just yet. You’d be surprised how many people still use the phone’s speakers for music and while streaming stuff on Netflix. The iPhone 11 has spatial audio and also supports Dolby’s audio codecs. Netflix, iTunes Store or whatever the source may be, Dolby will be supported if its available. It may just be too much to expect phone speakers to replicate the way Dolby wants you to hear audio, but people seem to want it anyway. In terms of the form factor, the iPhone 11 is the same as the iPhone XR. But the in-hand feel is certainly better. The glass at the back and the front are more robust than before—but remember, glass is glass. However, what really gets my attention every time is the construction at the back—the single piece glass has been chiselled in such a fine manner that the camera housing as well as the ridge that comes with it are cradled without the need for a joint of a cut in the glass.

The iOS 13 update does add a bunch of new things, both hidden and visible. And they all add up. I really cannot get over my love for the Dark Mode. This now works system-wide, and more and more third party apps are adding support—Microsoft Outlook and Pocket are just two of the recent updates that popped up on the App Store. It is just brilliant to see your memories in the Photos app, dressed in the Dark Mode. A lot of changes have happened under the hood. Apps open faster and are more responsive, app downloads and updates are smaller in size and Face ID is faster as well. Apple has given Mail, Messages, Safari, Photos, Files, Health, App Store, Music, Reminders and Notes app important updates as well, in terms of new functionality and even visual updates. 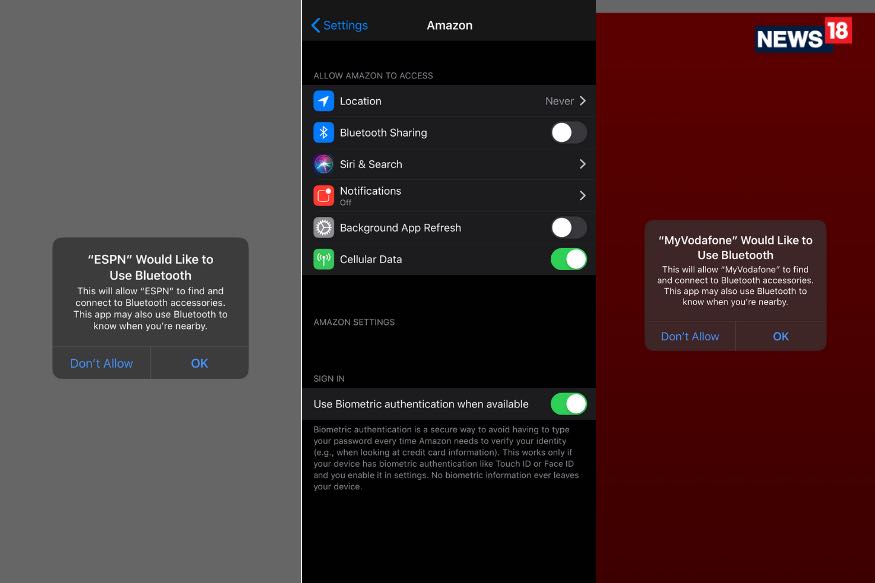 That rounds us off to the big question—should you upgrade to an iPhone 11? If you have an iPhone older than last year’s iPhones, you might find this a serious step up in terms of the cameras, the performance and the overall experience with iOS 13. If you bought an XR as soon as it was launched last year and are now in the mood for an upgrade, this is surely one. But if your iPhone XR is less than 7 months old, ballpark figure, chances are you should derive more value from it before plonking down some more cash for the iPhone 11. That, whenever you do, will be totally worth it.