Make no mistake, the Apple iPhone 12 Mini will not be the iPhone for everyone. But it is for that special and specific demographic of users who want compact phones without compromising on the performance, and who have been honestly royally ignored by phone makers over the years.

It is an exhaustive lineup of iPhones this year. The Apple iPhone 12, the iPhone 12 Pro, the iPhone 12 Pro Max and the iPhone 12 Mini. Within this quartet, it is the iPhone 12 Mini which is the new addition. Undoubtedly, the most unique proposition too. In a way, it brings some semblance of common sense at a time when year after year, phones continued to get bigger. Particularly in the Android smartphone space, where you will struggle to name phones that can actually be categorized as compact. Apple offered various iterations of the iPhone SE in this time. As this screen size expansion went a bit out of control, there were still those who really wanted a more compact phone to have as their daily driver. Including some in my family too. The message was loud and clear, close to home. 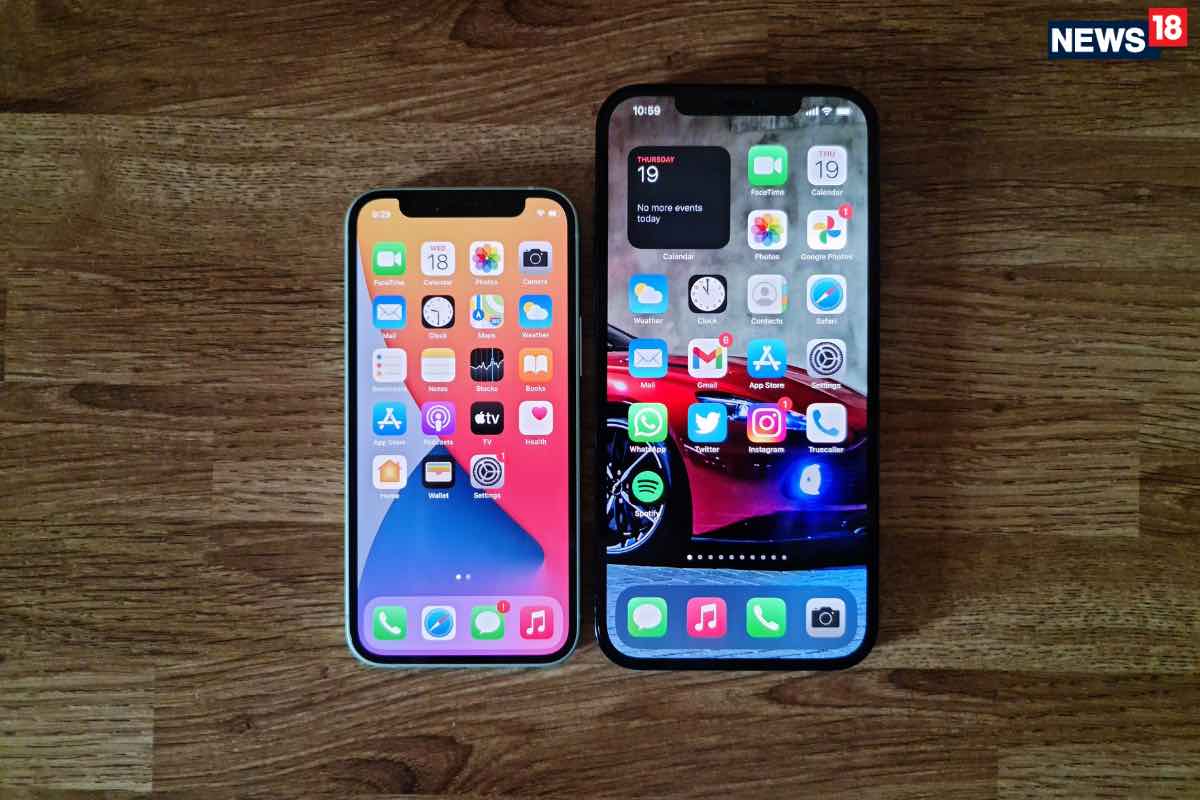 Unbelievably Compact With A Big Heart

No home button, all glass at the front and flat sides. Apple says the iPhone 12 Mini is the smallest, thinnest and lightest 5G phone in the world. We wouldn’t argue with that. Neither should you. The new design language has played its part. While the latest iPhone SE carries forward what was essentially the chassis of an iPhone 7 complete with the home button below the display and the thick bezel above it, the Apple iPhone 12 Mini subscribes to the newest design language. The one with the incredibly thin bezels around the screen and removing Touch ID to instead lay the emphasis on Face ID. The redesign also brings the water and dust resistance capabilities, the IP68 rating to be precise. You’ll be able to choose from 5 colour options—black, white, green, blue and (PRODUCT)RED.

There’s ceramic shield at the front and back, with an aluminum frame. The ceramic shield is a mix of glass and ceramic, which has been made for Apple. This isn’t the Gorilla Glass that you may have already touched and felt on other phones, it is a different composition. Just Because It Is A “Mini”, It Doesn’t Have To Compromise On Performance

The iPhone 12 Mini is absolutely not short on power either. In fact, if you look at it that way, the Apple iPhone 12 Mini is pretty much at par with the Apple iPhone 12 as far as the spec sheet is concerned, barring the different screen sizes, of course. That means the latest and greatest chip in the smartphone ecosystem does duties under the hood of this compact beauty. The Apple A14 Bionic. The A14 Bionic is designed on a 5nm manufacturing process, making it the first commercially available 5nm chip. The A14 Bionic chip has a six-core CPU of which two are high-performance cores and four cores are for less power intensive applications and processes. There is also a new quad-core graphics. The A14 Bionic also doubles the cores of the Neural Engine from 8 to 16 allowing it to quicken machine learning tasks. This chip can do 11 trillion operations per second.

Under the hood is the same first of its kind 5-nanometer Apple A14 Bionic processor doing the heavy lifting. And the light lifting. Depending on what apps you are running. The A14 Bionic chip has a six-core CPU of which two are high-performance cores and four cores are for less power intensive applications and processes. There is also a new quad-core graphics. The iPhone 12 Mini, for most intents and purposes, is as fast as the iPhone 12. And the iPhone 12 Pro. That in itself is the biggest value addition there could have ever been. This isn’t some afterthought or a cost cutting driven exercise. Its fast, mighty fast.

A compact phone means a slightly smaller battery size when compared with the iPhone 12. But then again, the display is smaller too, which balances the trade-off. This isn’t going to be a battery stamina benchmark, but the iPhone 12 Mini will last you through the day with ease. You should be able to get, as I did, down to about 20 percent battery by about 8pm—fully charged and deployed at 8am. You have the Lightning port to juice up the battery or go the MagSafe route. Which is just cooler in every way possible.

The MagSafe is a magnet based clickety system is very cool and very useful. It is robust, both as a magnetic wireless charger and potentially as a mounting mechanism. This, you may point out, is pretty much a wireless charging system. But it isn’t. There are magnets in the Apple iPhone 12 Pro, and there are magnets in the MagSafe charger. These magnets align, with greater accuracy than stars do from time to time mind you, and its set for charging. This is rated a maximum of 15-watts of charging, which is quite fast by any stretch of the imagination, and faster than the 7.5-watts supported for the Qi wireless charging standard.
What the MagSafe and the magnet array does is open up a world of possibilities. It is only a matter of time before you have desktop docks, in-car mounts and photography accessories that use this mechanism. Apple’s own wallet case is just one example. It is only a matter time before third party accessories really take advantage of this and develop even more use cases. 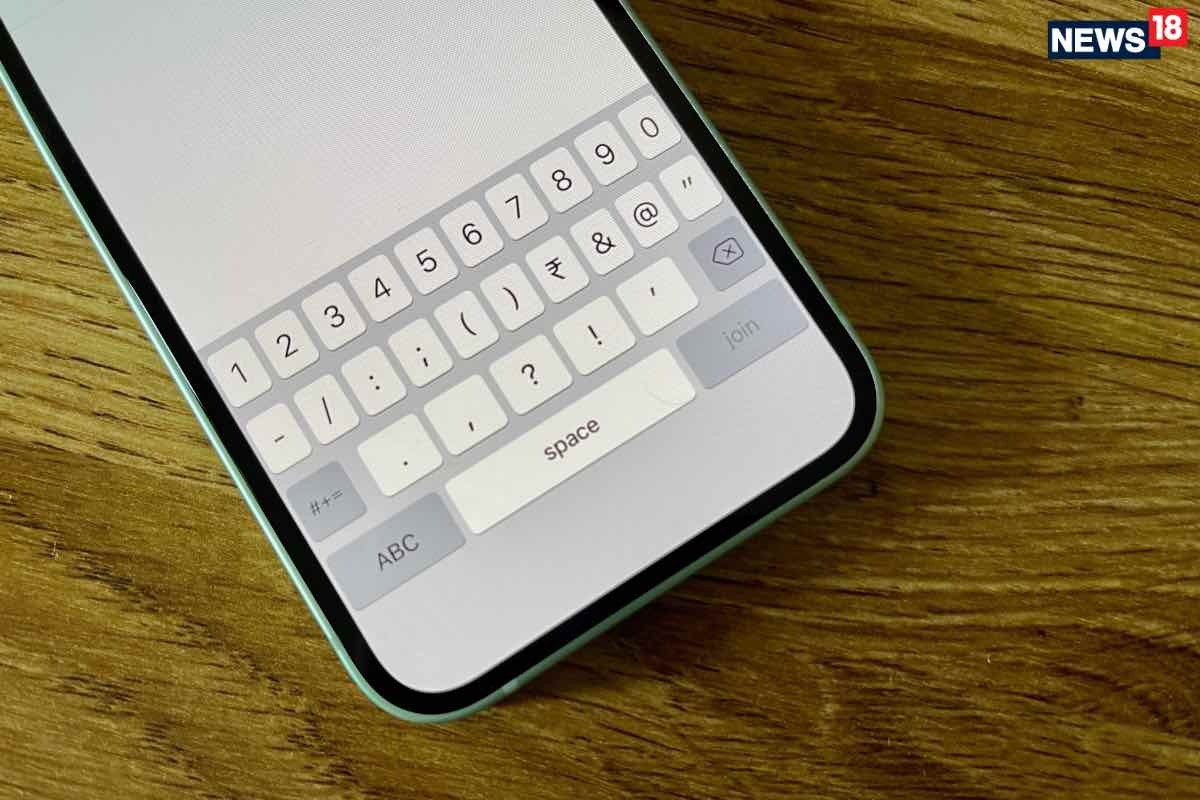 Bigger Display Than The iPhone SE; That Tells You Something

The thing with a 5.4-inch Super Retina XDR display is that you are probably downsizing, unless you are switching from an iPhone SE or a really (and I mean really) old Android phone. Since the underlying technology for the display is the same as the other iPhone 12 phones, the iPhone 12 Mini pretty much hits the home run on the checklist. The resolution is 2340 x 1080, which is more than last year’s iPhone 11 which packed in 1792 x 828 pixels in a 6.1-inch display. The iPhone Mini gets the same 625 nits brightness rating as the iPhone 12 which increases to a really bright 1200 nits if you are looking at HDR content. It supports True Tone as well. Basically, no skimping on features, something that is commonplace in the Android smartphone space. Look at the Google Pixel phones for example.

I have to admit that I’ll perhaps not be the best judge of a truly small screen smartphone experience, considering I’ve always used larger screens and don’t really mind the 6.7-inch and 6.9-inch display sizes one bit. That being said, I have to admit that the observations are pretty simple—it is a comfortable enough screen size to consume information and media, you can read emails easily, scroll through the endless chatter on the Twitter feeds, figure your way around on Google Maps and even get your daily fix of YouTube bandwidth hogging. There will be the limitations too. Since my fingers are just used to larger screens, typing initially is a bit of a challenge but well, it becomes a habit soon enough. Like I said before, a 5.4-inch display size isn’t exactly for everyone. But those who have yearned for a compact smartphone, this is just the ticket. The iPhone 12 Mini Is A Better Camera Phone Than The Pixel 4a; There, I Said It

This has exactly the same cameras as the Apple iPhone 12, which means the iPhone 12 Mini is absolutely not compromising on the cameras either. That means two 12-megapixel cameras at the back—a wide and an ultrawide. There isn’t a telephoto, as you’d find in the Pro camera systems on the iPhone 12 Pro and the iPhone 12 Pro Max. There are significant improvements to not just the hardware side of things with the larger sensors and the ability to handle lighter than before, but also on the software side. That is computational photography as Apple calls it. There are updates for Deep Fusion, and there is the new Smart HDR 3 as well that will improve the dynamic range in photos much more. And night vision on all cameras.

It doesn’t take long to notice the more profound impact that the updated Deep Fusion has on photos—you may notice the slick improvements being applied on the photos if you open the Photos app immediately after tapping the shutter button in the camera app. That means there is certainly more detailing that is on offer. Whites still are a tad on the warm, side. And honestly, I prefer them that way for most photos that I click. But there is a definite difference in the contrast—and that isn’t just because I’m looking at the photos on a new OLED display. Even without night mode, the iPhone 12 Mini can handle a lot of lighting scenarios well since there is more light for the image processing to play with. I have to say this, and it may not please some folks one bit, but it has to be said—the iPhone 12 Mini does nighttime and low light photos much better than the Google Pixel 4a. You can argue all you want, but it is a fact. Two sensors are better than one. Apple’s updates to computational photography make a world of difference. And Deep Fusion is now more active—in more photos and more scenarios, to recover image detail loss.

The very fact that this ultra-compact iPhone 12 Mini can do HDR video recording with Dolby Vision at up to 30fps allows this to stand shoulder to shoulder with the entire iPhone 12 line-up. And takes it a great distance ahead of any Android phones that may want to compete with it.

The Last Word: Unlike Android Phones, A Smaller iPhone Isn’t Given Basic Specs

The thing is, the Apple iPhone 12 Mini is more amazing than you may have imagined. This compact phone runs the fastest smartphone processor that there is right now. And may very well be till the Apple A15 Bionic (or whatever it is called) comes around. This has the same dual camera system and delivers the same photography experience as the iPhone 12, which itself is a significant improvement over the iPhone 11. This, and we haven’t talked about this, supports the sub-6GHz and the mmWave 5G standards, which means the new iPhone 12 will work on pretty much most 5G networks globally. And a battery life that is most certainly acceptable. All this in a phone that is even smaller than the iPhone SE and weighs just 133 grams. It’s all come together very well. If that isn’t truly impressive, what is?