Apple iPhone at 12 Years: 21 iPhones Later, a Journey of Evolutions And Battles With Android

Here are some of the standout moments from the decade of the Apple iPhone.

Many years ago in a cold winter morning in January, the year 2007 to be precise, the very first iPhone was unveiled at the Macworld event in San Francisco. Macworld used to be a big deal back then, and the Apple co-founder and then chief executive officer, the Late Steve Jobs introduced the first-ever iPhone to the world. It was, at that time, pitched as three products in one—a widescreen iPod with a touchscreen, a mobile phone to carry around and be connected and an internet device for browsing the depths of the world wide web. The iPhone went on sale later that year.

The iPhone, over the past decade has been the benchmark phone at various instances. It pretty much redefined what a smartphone meant, in terms of the hardware and the software. No longer were resistive touchscreens, shoddy designs, poor quality displays and sluggish performance going to be tolerated by consumers, who were witnessing the new definitions of user experience. The first ten years of the journey were probably a bit smoother, but the only thing constant is the change—Android flagship rivals have been matching (and even improving on) certain aspects, off late. Be it the combination of powerful hardware, a significantly improved Android software and a greater focus on optimization beyond just the spec sheet, the competition from the Android ecosystem is now greater than ever for the Apple iPhone to contend with.

While it is hard to compress almost a decade worth of highlights, here are some of the standout moments in the iPhone’s journey so far. 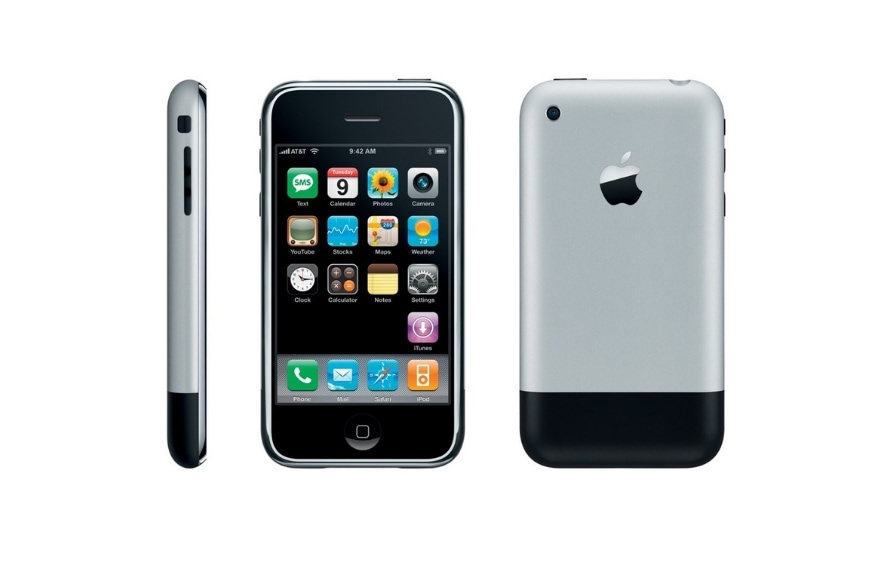 2007: iPhone
The very first iPhone, it was indeed revolutionary at its time. Touchscreen phones were very new and unique for consumers at that point—this iPhone had a 3.5-inch multi-touch display. The design was like nothing seen in the smartphone space before. Consumers liked what they saw, clearly—as many as 6.1 million iPhones were sold in the first year itself. One does have to feel a bit for Nokia, which is now on a comeback trail, but reportedly dumped a touchscreen concept a couple of years prior. Maybe things would have had been very different for Nokia.

2008: iPhone 3G
Just as the name suggested, the big addition in this iPhone was the 3G mobile network capability—yes, 3G was a big deal back then. The other additions included GPS capabilities for location tracking and navigation. But what the iPhone 3G is fondly remembered for is that it was the first iPhone with an App Store and the ability to download and run third-party apps. This iPhone also added push-email. The iPhone craze was at its peak when the iPhone 3G was launched, and 1 million units were sold in the first week of launch. By this time, phone makers such as Nokia and BlackBerry (and even Microsoft to a certain extent) were struggling to understand what had hit them in the face. The feeble responses, perhaps best represented by the shoddy Nokia 5800 XpressMusic phone, just indicated how far behind the curve the rest were.

2009: iPhone 3GS
This is the first time that Apple genuinely focused on power. “The fastest, most powerful iPhone yet,” was how the iPhone 3GS was sold. This packed in a more powerful processor and included more RAM and storage space, compared with the iPhone 3G. This was perhaps starting point for all hardware battles that smartphone makers have indulged in over the years. This iPhone also sold close to 1 million in the first week of launch. With iOS 3, Apple finally introduced several features that were conspicuously missing from iPhones so far, including the ability to cut, copy and paste text. 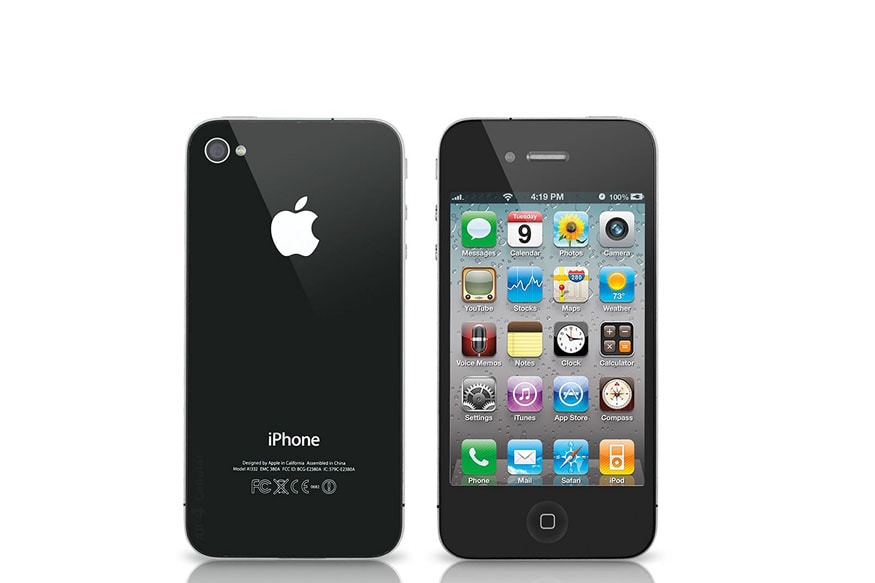 2010: iPhone 4
The fourth-generation iPhone saw a completely new design language, with a stainless steel frame, flat sides and glass on the front and back. This was also the first iPhone to support the CDMA mobile networks, in various countries. Performance remained in focus—this now had even more RAM (512MB as compared with the iPhone 3GS which had 256MB RAM) to allow better app performance since third party apps were a rage now. The iPhone 4 featured the first Retina display in smartphones.

2011: iPhone 4S
A lot changed under the hood in the iPhone 4S, but on the outside it looked identical to the iPhone 4. This phone was announced a day before the passing away of Steve Jobs. It packed in an updated processor as well as a better camera. Along with the new iOS 5 operating system, the iPhone 4S introduced the world to voice recognition assistant Siri as well as cloud storage service iCloud, both unique propositions at the time. 2012: iPhone 5
The iPhone 5 ushered in a lot of stuff which remains a part of the latest line-up of Apple iPhones as well—the Lightning connector for charging and data transfer (the iPhones till now had used a wider 30-pin connector) and the earbuds. A design refresh also included a screen size increase from 3.5 inches to 4 inches and a thinner aluminium chassis. Support for LTE mobile networks was also introduced. More than 5 million were sold during the first three days of hitting the shelves.

2013: iPhone 5S and iPhone 5C
It was the first time that Apple unleashed two different iPhones in the same year, with the same screen size. The iPhone 5s was the logical successor to the iPhone 5, and retained the same design and as well as dimensions. But under the hood was a new 64-bit processor (seen for the first time in a smartphone), an improved camera, Touch ID fingerprint scanner integrated into the home button and the M7 “motion co-processor”, which allowed fitness tracking as well. The iPhone 5C was pushed as a more affordable iPhone, with a polycarbonate shell and various colour options, but it didn’t exactly set sales charts on fire. 2014: iPhone 6 and iPhone 6 Plus
This was the first-time Apple introduced two iPhones with different screen sizes, with the iPhone 6 getting a 4.7-inch screen and the iPhone 6s plus rocking a phablet-esque (at least at the time) 5.5-inch screen. The design was significantly refreshed as well, and the new iPhones were thinner too. For the first time, 128GB storage options were on offer as well. There was, however, the entire “Bendgate” furore after some users reported the iPhone 6 Plus bending, under pressure at certain angles.

2015: iPhone 6S and iPhone 6S Plus
Following the trend of the “s” line-up over the years, the 6s and the 6s Plus were more powerful updates of the 6 and 6 Plus. The design remained the same, as well as the screen size. A newer processor, better camera were the other highlights. Apple switched to a stronger 7000 series aluminium alloy chassis, to counter reports of the 6000 series aluminium bending in the predecessors. For the first time, the Rose Gold colour option was made available—something that has been adopted by pretty much every other phone maker since. These iPhones also introduced the 3D touch technology, which detects differing pressure of your touch on the iPhone’s screen and allows quicker access to app menus and execute certain tasks quicker. The Touch ID hardware was improved as well, which reduced the fingerprint scan time.

2016: iPhone SE
The SE, to be honest, was a bit unexpected. Apple truly believed that consumers wanted a smaller screen size, and hence the return of the 4-inch display already seen on the iPhone 5 and iPhone 5s before this. The design was also very like the iPhone 5, so much so that many of the earlier accessories such as cases worked with the SE too. The internals were top-notch though, and exactly replicated the iPhone 6s, which was the latest hardware combination at the time.

2016: iPhone 7 and iPhone 7 Plus
A lot changed with the 7 series of the iPhone. The 3.5mm headphone jack has finally been given a send-off in both phones, water resistance was added, each display is 25% richer as well as the ability to reproduce more colours than the predecessor and the 7 Plus also gets the dual camera and optical zoom. The Jet black (glossy) and black (matte) colour options were well received. In terms of performance, these were the most powerful iPhones till date.

2017: iPhone 8 and iPhone 8 Plus
Apple really turned up the wick on the processor front with this iteration. The iPhone 8 and iPhone 8 Plus ran the very powerful A11 Bionic processor. In terms of the looks, these looked very similar to the predecessors, except for one big change—the glass layer on the back, which enabled wireless charging, making these the first iPhones to do so. The cameras were improved along the way, and the True-Tone display feature was now a standard option too. 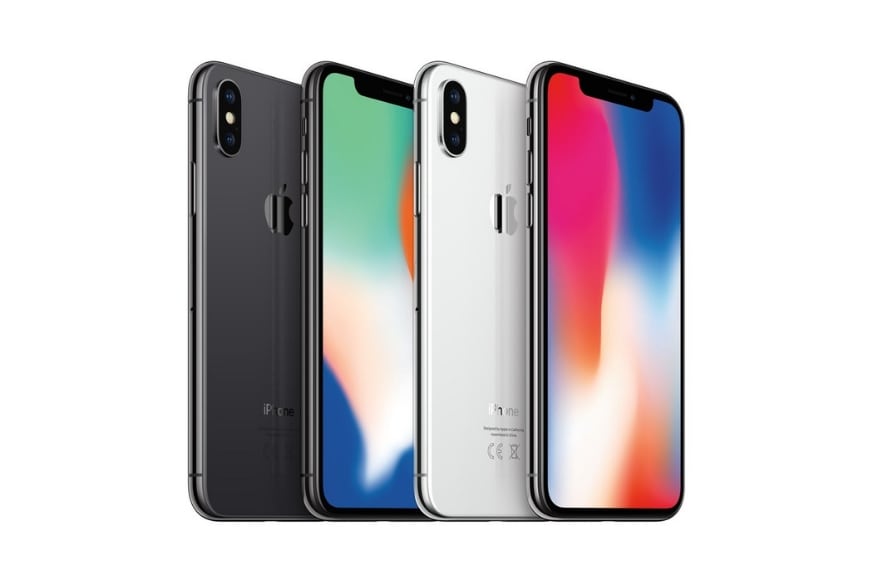 2017: iPhone X
The big one. The biggest iPhone evolution in years. Gone was the home button which had resided below the display, for years now. The screen became taller, this became the first iPhone with an OLED screen and there was a notch on the top which divided opinion as quickly as it divided the notification bar on the iOS 11 interface. The fingerprint sensor was replaced by the Face ID image recognition technology and the dual cameras on the back were primed for AR apps. This had a larger display than the iPhone 8 Plus (5.8-inch as against 5.5-inch) yet was more compact to hold and considerably lighter too. This is when the challenges have become stronger for Apple iPhones too, with very powerful Android flagship phones now coming our way. 2018: iPhone XS and iPhone XS Max
The expected evolution really bumped up the stakes on the processing front. The new iPhones, running the A12 Bionic processor are as much as is 15 percent faster than the excellent A11 Bionic. The A11 Bionic chip could do 600 billion computations per second, whereas the new A12 Bionic can perform as many as 5 trillion computational operations per second, which also benefits the Face ID facial recognition feature. The 6.5-inch display on the iPhone XS Max is the largest ever in an iPhone. Apple also added the dual-SIM functionality, after many years of users demanding it, but in a different avatar—one of the SIM slots here would actually be a virtual SIM, also known as e-SIM. Nevertheless, these iPhones were significantly more expensive too—prices starting Rs99,900. The competition is at its peak. If we are to talk about the experience, camera performance and overall user experience, the current iPhones face significant competition from the likes of the Samsung Galaxy S9+, the Google Pixel 3 range, the OnePlus 6 and OnePlus 6T as well as the Huawei Mate 20 Pro.

2018: iPhone XR
Some said this would be the affordable iPhone the world had been craving for. Some said this will be the return of the iPhone 5c. It was neither. Distinctly beautiful, available in many colours, but in most respects, as capable and powerful as the iPhone XS and iPhone XS Max. Apart from the single camera at the back, which somewhat restricts the Portrait photography mode. This has an LCD display instead of an OLED—Apple calls it Liquid Retina, and for most intents and purposes, this does the job done. Price does remain a factor though—this costs Rs76,900 onwards.