Apple analyst Ming-Chi Kuo had stated that the next iPhone SE 2021 would not release in the first half of this year. Apple is also reportedly working on iPhone SE Plus.

Apple refreshed the iPhone SE lineup last year which looks quite different from its predecessor that debuted back in 2016. While the company has not provided any details about the 2021 iPhone lineup yet, concept renders offering a glimpse into the possible design of the next-generation iPhone 2021 or iPhone SE 3 have surfaced online. The blog post containing the concept design also looks at some specification that Apple may include in the next budget iPhone model. Notably, Apple analyst Ming-Chi Kuo had stated that the next iPhone SE 2021 would not release in the first half of this year.

Slovakian blog Svetapple published the concept renders of the iPhone SE 3 that shows the smartphone with flat edges similar to the iPhone 12 lineup. Interestingly, the iPhone 12 smartphones’ design was inspired by the original iPhone SE, released in March 2016. The renders further tease the device with a hole-punch display that has slim bezels on all sides. Many Apple iPhone fans would love to see this change as both the previous iPhone SE models have considerable bezels across all sides. Moreover, the renders show no home button and the blog post adds that the iPhone SE 3 might feature Touch ID fingerprint recognition on the power key – similar to the latest iPad Air. The back panel design remains the same with a single camera sensor and LED flash.

In terms of specifications, the iPhone SE 3 or iPhone SE 2021 is imagined to feature a 5.4-inch OLED display instead of the traditional LED display on iPhones models. The iPhone 12 series was the first Apple-made smartphone to come with an OLED panel. The camera is said to be a 12-megapixel ultra-wide camera with f/1.6 aperture. Under the hood, Apple may introduce the A14 Bionic 4G chipset, the blog post speculates. To recall, the iPhone SE 2020 comes with a 4.70-inch display, 12-megapixel rear camera and 7-megapixel front camera, and A13 Bionic SoC. 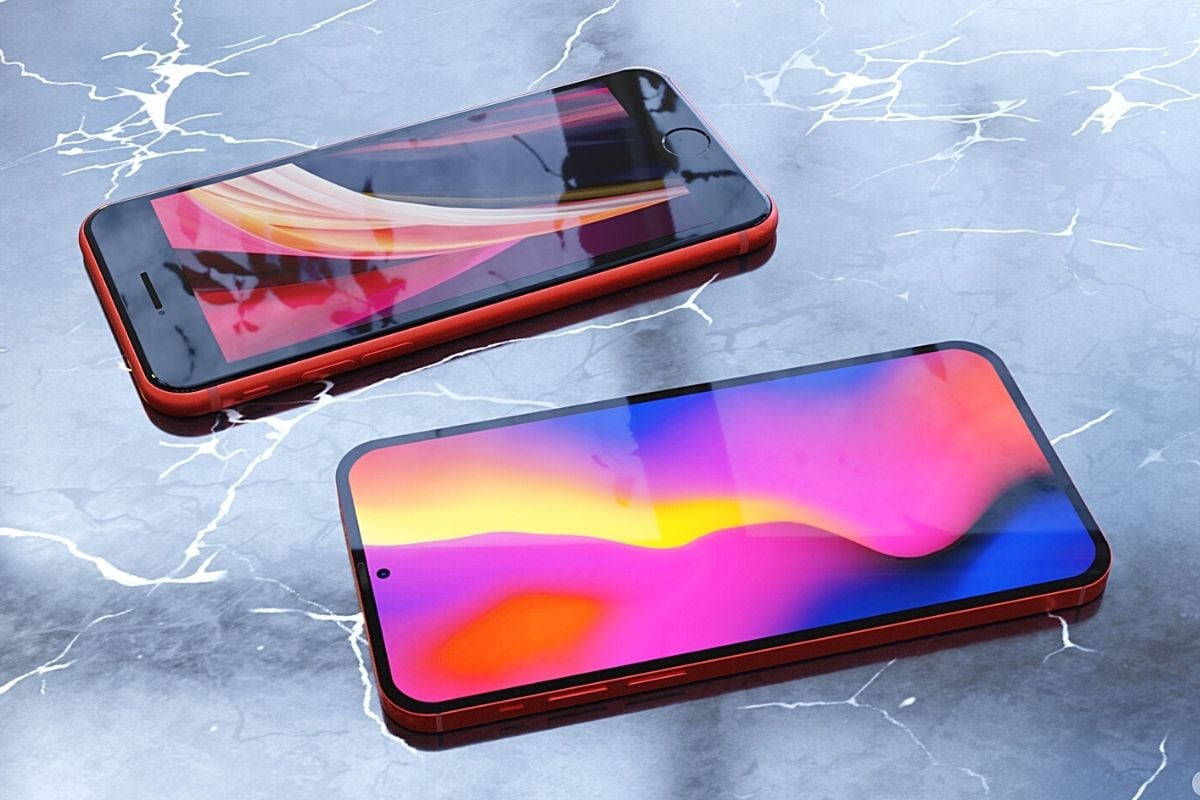 Apple is also reportedly working on the iPhone SE Plus and recently, its alleged specifications were published in a report. The company is yet to confirm the development of both Apple iPhone SE 3 (or iPhone SE 2021) and SE Plus.