Not just the best iPhone, but also the largest display ever in an iPhone, the most powerful innards and the highest ever price tag. It all comes together, doesn’t it?

The iPhones that you see this year are a succession to the evolution that Apple introduced last year—the iPhone X. Alongside the iPhone 8 and the iPhone 8 Plus, which retained the design language that had been consistent to the years prior, the iPhone X was completely different. A taller design, a large 5.7-inch screen, a notch, very thin bezels around the screen and glass on the front and back. Along with the design came the brilliance of the Face ID facial recognition system, cameras at the back that were optimized for AI and a more gesture reliant navigation system. That leads us neatly to this year, and the iPhone XS Max. This is the larger of the two siblings—the other being the iPhone XS. While we aren’t exactly very enthused by the “Max” naming scheme, that is something we can gloss over for the moment.

The Gold colour is back, and it looks a lot better than the Gold colour we saw on the previous generations of the iPhone. The Silver and Space Grey retain their brilliance as always, but it is always good to have more colours to choose from. Hold up the phone for the first time, and you immediately notice that the dimensions as well as the overall footprint is very similar to the iPhone 8 Plus, for instance. That is just one element of the resemblance and familiarity that is still retained, even though it is a completely new chapter for the iPhones, so to say. One look at the iPhone XS Max, and the sheer spread of the screen at the front makes you think this phone is much bigger than it actually is. That leads to the unfounded perception that it’ll be bulky or unwieldy to use. However, hold the phone, use it for a while, you will realise that not only is it very comfortable to hold and use, but there is also a reassuring heft to the iPhone XS Max. Far from being a ‘heavy’ phone. Apple has used what it claims to be a more robust glass at the front and the back. While Apple doesn’t specify what glass this exactly is, they do say that this is even better than Gorilla Glass. The idea is to offer better protection against scratches etc. Now, this will come in handy when your iPhone XS Max is kept in the same pocket as some keys, coins or even a pen. Then there is the case where you may absentmindedly slide the phone on a hard surface, such as a table. Or the phone kept in the dashboard of your car, as it slides about when you drive along.

The very consistent construction of the iPhone comes as no surprise, and the perfection is all too apparent. This is something we have not exactly felt with any other phone with so much display real estate and so much glass—the assurance was clearly missing from a lot of the iPhone’s high profile rivals including the Samsung Galaxy S9+.

The new iPhone XS Max has the IP68 water and dust resistance rating, which means this can now be submerged in 2 meters of water for as long as 30 minutes, which is more than the iPhone X which could stay in 1 meter of water for 30 minutes. 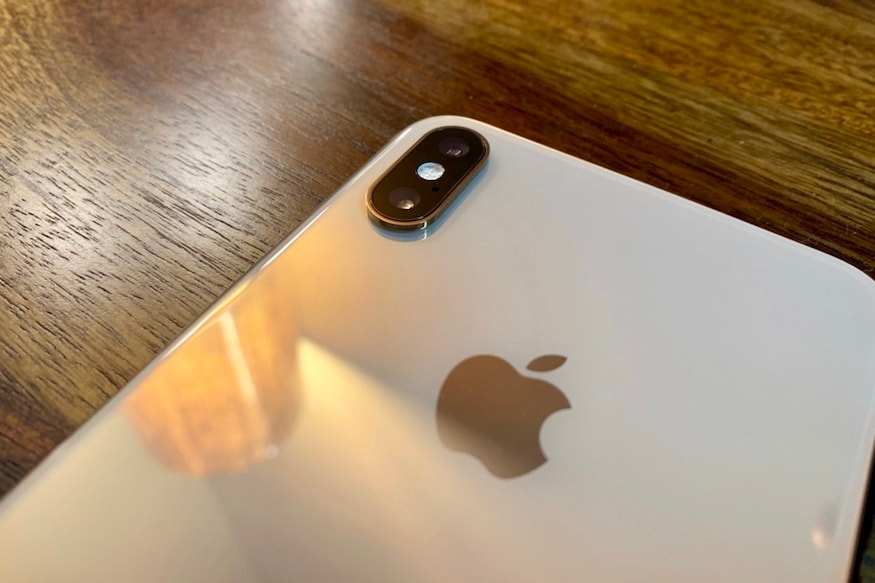 Once we are past the beauty of the iPhone XS Max, what is inside is even more impressive. This runs what is known as the A12 Bionic chip, succeeding the A11 Bionic chip from last year’s iPhone X. This is a 7-nanometer architecture chip, and this is quite a rare sight in the world of smartphones. The A12 Bionic is 15 percent faster than the excellent A11 Bionic, consumes up to 40 percent lesser battery at the same time and the gaming as well as graphics performance is up to 50 percent faster than before. The iPhone X was already a fantastic performer, be it for gaming, multitasking, running Augmented Reality (AR) apps and even 4K video editing. All this translates into what is perhaps the biggest performance leap one has ever experienced in an “S” generation iPhone evolution. It will in-fact be a travesty of justice if we were to start counting how many apps we can run before we witness the first hints of a performance stutter. The biggest performance boost is perhaps reserved for the neural engine for artificial intelligence algorithms. The A11 Bionic chip could do 600 billion computations per second, and we thought all along that it was fast. The iPhone XS Max’s A12 Bionic can perform as many as 5 trillion computational operations per second, which also benefits the Face ID facial recognition feature—face scans are certainly quicker than in the iPhone X, and we noticed this is even better in low light. While the iPhone X mostly refused to authenticate you if you were looking at the phone at an angle, the iPhone XS Max does seem a bit more flexible in that regard.

In terms of authentication options, there were great hopes that the iPhone XS Max (and indeed the iPhone XS) would be getting an in-display fingerprint sensor. That hasn’t happened though. Not a big miss, but there are times, such as when sleepily peeking at messages while the phone is kept on the bedside table, when Face ID won’t work. But we shall persist on hope, for next year.

This is the first iPhone with the dual-SIM feature. However, this dual-SIM feature doesn’t isnt exactly replicating what you may have seen in many dual-SIM phones till now—the iPhone XS Max will not accept two physical SIM cards. One connection will be with a physical SIM card, while the secondary connection will be what is known as an eSIM. Apple calls this the dual sim dual standby (DSDS) technology, and is reliant on cellular operators to have the infrastructure in place for eSIM activations. On paper, this is quite convenient—you don’t need to perhaps buy a physical SIM card and go through the hassle of getting it changed if it goes bad. The provisioning of the account is done wirelessly. This is exactly the same technology that Apple sells the Watch Series 3 with Cellular in India, and the iPad line-up in certain other countries. At this time, Reliance Jio and Airtel will be supporting eSIMs in India.

There is still some ambiguity on the process of signing up for an eSIM, or the specifics of how to shift an already active mobile number to an eSIM. When the iPhones roll out in India later this month, expect greater clarity on all that. The party piece of the iPhone XS Max is the large 6.5-inch OLED display, which has been labelled as Super Retina. Compared with last year’s iPhone X’s screen, this has 60 percent more dynamic range. The simple result is you’ll be able to distinguish even finer colours—great news for photo editing, though you may not notice the difference instantly. The contrast ratio has been improved as well, which means blacks look considerably darker still, which has a positive impact on how all the other colours look. This screen supports the Dolby Vision and HDR10 high dynamic range (HDR) standards, and that means once Netflix and Amazon Video apps get updated on your phone, they will support these pieces of HDR content on their platform. The richness and the vibrant visuals that you see here, make this one of the best smartphone screens you will ever get to use—and that balance isn’t easy to achieve.

The iPhones have always been very consistent camera performers. Some Android phones have caught up with them from time to time, but the accuracy, consistency and the simplicity of an iPhone’s camera has perhaps remained steadfast through the years. The dual 12-megapixel cameras now advantage of the new image signal processor, will work with the neural engine to do facial detection and implementing tweaks depending on the frame you have clicked. Apple claims it can do a trillion operations in every photo. The best part is, you don’t have to do anything at all with it. In terms of the photography performance, the great camera combination of the iPhone X, has now become even better. Apple has added a Smart HDR feature, which will take multiple images of the same frame in the background, at different exposures, and merge them together in the final image to give better detailing of moving subjects, imperfect lighting or a more accurate representation of a complex frame. The magic lies in the fact that you do not see or have to manually control any of this, and all this happens in the background without user intervention. The photography performance in itself is most certainly two notches above the iPhone X, which in itself is a fantastic camera. Daytime shots are beautifully exposed, with every shadow, every little cloud in the sky and every thin blade of glass all reproduced properly. However, the real highlight is with photography under the twilight. We haven’t seen many phones, in fact hardly any phones, that can actually capture the moon with any more details than being smudges. The iPhone XS Max managed that, with absolute ease—at no zoom and at 2X optical zoom. The photographs of buildings far away were reproduced with such great detail that it is hard to imagine that the photos were clicked of the buildings which were two or three blocks away. One limitation though is that with Smart HDR active, the skies sometimes don’t retain the sort of deep blue hues as they otherwise do in the iPhone X.

Apple has added a Smart HDR feature, which will take multiple images of the same frame in the background, at different exposures, and merge them together in the final image to give better detailing of moving subjects, imperfect lighting or a more accurate representation of a complex frame.

For all this power, what is the compromise on the battery life? None at all. In fact, this lasts longer than the iPhone 8 Plus battery and the iPhone X battery under the same usage pattern. After a day of usage as a primary phone during the workday, an iPhone XS Max charged 100% at 8am still has 54% battery remaining at 5pm.

Should you run out and get one? Well, the answer isn’t exactly simple, particularly with prices starting Rs1,09,999 (64GB, 256GB and 512GB variants will be available). If you already have an iPhone X, you don’t need to rush out to get one of these just yet. However, if you have an iPhone 8 Plus, you could consider this for the much larger screen real estate, while not compromising on the form factor or the battery life. If you have an iPhone any older than the iPhone 8 Plus, please go right ahead and get the pre-orders in place.