We at News18 Tech have been using the Apple Watch Series 3 for over six months now and as Apple is all set to launch the Watch 3 cellular in India, we tell you about our experience with Apple Watch 3. 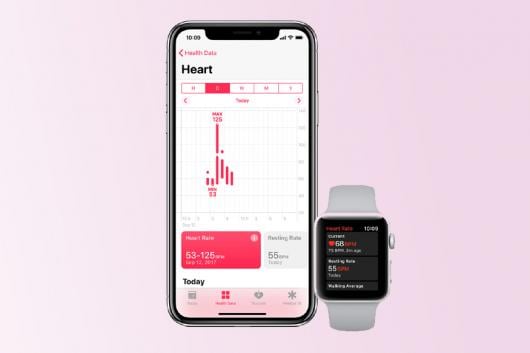 
Living a medium activity lifestyle, we set the Apple Watch Series 3 to a target of 400 cals a day, with 30 minutes of exercise time and a 12 hour of standing time. In our six months of setting that target and also sharing it with our other friends that had an Apple watch, out of 182 days we were only able to achieve the calorie burn target of 400 cals 123 times. That was also due to regular reminders that the watch kept on giving us to close that active calorie ring. That's a success rate of more than 50% which is way more than any other wearable device that you use on a daily basis and not just as a fitness tracker. We also tried it with third-party apps like Strava for cycling and running and the data accuracy was very good to improve our fitness levels as well. The Activity app on an Apple Watch basically sets you three goals, move, stand and exercise. The move goal also calculates the calories that you burn in a day, the standing goal sees to it that you are not stuck to your desk all the time. The Watch 3 also reminds you to stand if it detects that you have been sitting for too long.

Also Read: Apple Watch Series 3 With Cellular Up For Pre-Order on Jio And Airtel; Price Starts At Rs 39,080

Small messages of encouragement to keep a check of your body keeps popping on the watch display. It works like a gym trainer but in the most polite manner. The goal is to close all the three rings in a day to also get achievement badges. Out of 182 days of usage, we were able to close all the three rings of Move, Stand and Exercise only 40 times. Now that seems a lot less, but it's not easy to close all those rings every day. That's the beauty of it as well as the watch challenges to become more fit every day. We are very satisfied with the activity experience of the Apple Watch 3 and how it pushes you to be more fit every day. The number of workouts that have also been listed in the Activity app is plenty. We started playing Cricket in November 2017 and initially named a singular workout as cricket, after naming that workout a couple of times the Watch on the interface showed itself Cricket as an exercise that's more prefered by us and it was just easy to select it and be on with it. We also tried High-Intensity Workouts, Outdoor Runs, Indoor Runs and also Cycling on it and were impressed by the data accuracy. Also, a thing that was very impressive on the Watch 3 was the fact that due to an inbuilt heart rate monitor it also mapped how our heart was pumping and showed the exact fluctuations in heart rate with the help of a chart during the workouts. Overall for athletes or people who are looking for an all-day fitness tracker the Apple Watch is something that will not disappoint you at all.

Apple Watch Series 3 is also great for swimmers and can give you quite an accurate data of your Swimming workout as well, we did try this for a couple of times on the Watch 3 and were more impressed by its waterproof capabilities than its actual function. Also, being waterproof means that you can wear it on a daily basis without worrying about spoiling it, but that also has a catch. Before you swim you have to tap on the Water Droplet icon in the control centre of the Watch by swiping up on its display. Once you do that the Watch 3's display will stop responding to the touch and will lock the display to whatever you set the display last too. Also, once you are finished with the workout you have to rotate the crown to make the Watch 3's touch display respond to your touch. 
We were using the Apple Watch 3 first with the iPhone 8 Plus and then in November switch it to the iPhone X. The music library that we had and the songs that we listened to using Airpods were like a routine. The best part of having another wearable device like Apple Watch 3 is that you can leave your phone anywhere in the room, plug in your Airpods and right off the Apple Watch can shuffle between tracks and also adjust the volume controls using the crown of the Watch 3. This we found to be one of the most intuitive experiences on a wearable device. The 42mm size also gave us ample real-estate on its Second-generation OLED Retina display to navigate Apps as well as choose playlists and songs right off the Watch.


Apple Watch Series 3 is also great for short conversations and replies to texts and email. Notifications pop up on the display of the watch for texts as well as emails. It also supports third-party apps like Gmail and Whatsapp. Of course, you can't type a long message reply on the Watch 3 but if you are a frequent Siri user, that should also not be a problem. The App interface and switching between apps are also very easy as the crown on the Watch 3 is very intuitive and easy to use. You can also use the inbuilt camera app on the Apple Watch 3 to click images through your iPhone and it makes perfect sense for clicking family images with you in them. Apps like Google News and GoPro also work really well on the Apple Watch Series 3. Even for picking up calls when your iPhone is not far from your reach or if you are lazy is very seamless on the Apple Watch Series 3.


The 42mm Apple Watch 3 comes with a slightly bigger battery than the 38mm Watch 3. The Apple Watch 3 that we were using is something that never ran out of battery. In fact, it did last us easily for a couple of days without charging. Also, the fact that we didn't use the watch while sleeping and it was in charge during the night meant that we never really did have any battery woes with it.

In a way, the Apple Watch 3 did become an extended part of our body for the six month period that we were using it for.


Though we hardly ever felt the need to not use the Apple Watch Series 3, it did come with some problems of its own. Now, even if we are not keen to wear it every day, we are just forced too. The biggest reason for it is that the sports band is light on your wrist and as we were never compelled to use it only in short bursts, it did leave its mark on our wrist, literally. 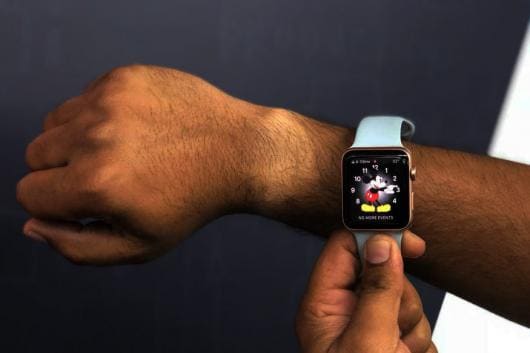 With the hot and humid weather in India and the sun always shining, it did make us realise how tanned we were after using it. The impression of the Apple Watch on our wrist is what we believe is permanent now. So if we don't wear the Watch 3 daily, the arm kind of looks odd. Also, while playing cricket usually the iPhone was in the kit bag and while on the field if we wanted to listen to music while fielding on Airpods, the connectivity was usually not good and often the experience was ruined. That we believe is something that will get resolved on Apple Watch Series 3 Cellular that's launching on May 11.

Should You Buy One?


If you use an iPhone you will find that the Watch 3 is a natural extension of the entire iPhone experience. For athletes, swimmers and fitness enthusiasts it does make a lot of sense. For people who's work rely on their handheld devices as well, the Apple Watch Series 3 makes a lot of sense. Siri integration is also something that people will love on the Watch 3 if they are using it on an iPhone. Also, the Watch 3 GPS is a more affordable option as well when compared to the Watch 3 Cellular that's launching on May 11. If your iPhone is something that you carry around everywhere then the Watch 3 makes all the sense, but if you are the one who does not bother about where you have kept your phone and still would like to stay connected all the time, wait for the Watch 3 Cellular.