Best Dual Camera Smartphones in India For Under Rs 15,000

If you are fascinated in purchasing a dual camera smartphone under Rs 15,000, this list will come in handy.

The passing year 2017, might be considered as a year of bezel-less smartphones but at the very same time, it has also witnessed the fashion of dual camera smartphones. Though the dual camera trend was started by Apple and LG, the real credit goes to manufacturers like Lenovo, Xiaomi, Honor and other Chinese smartphone manufacturers, which proved that dual-camera setups are not limited to just mid and high-end smartphones. Slowly and gradually, the dual-lens camera hardware is now seeping down to affordable Android phones. Now even for under Rs 15,000, one can get good dual camera phones, capable of clicking some excellent pictures. If you are fascinated in purchasing a dual camera smartphone under Rs 15,000, this list will come in handy. The phone is powered by an octa-core Snapdragon 625 processor with 4GB of RAM and 64GB of internal storage with support for microSD card. Xiaomi has also included a dedicated headphone amplifier to better music listening experience.

Lenovo launched its ninth product for the year in August - the Lenovo K8 Note. Lenovo K8 Note sports a 5.5-inch 1920x1080p FullHD display which is protected by a Corning Gorilla Glass. It is powered by a 10-core SoC and runs the latest Stock Android 7.1.1 Nougat out-of-the-box. The K8 Note comes in two variants carrying 3GB/ 4GB RAM and 32GB/ 64GB internal storage which is further expandable up to 128GB, thanks to a dedicated SD card slot. The smartphone comes with Dual SIM connectivity option and is backed by a 4,000 mAh battery that supports Turbo Charging. On the optics front, the Lenovo K8 Note boasts of a Dual Camera setup that carries a 13-megapixel PureCell Plus sensor along with a 5-megapixel Samsung BSI for adding depth effect to the images. Along with this is a 13-megapixel selfie shooter with Flash. The Lenovo K8 Note also carries a dedicated key for music that can also be assigned to other functionalities in the phone. Lenovo claims an AnTuTu benchmark score of 90,000 for its K8 Note, upping it from 43,000 of its last K series smartphone - the Lenovo K6. The K8 Note offers features like splash resistance, Dolby Atmos, TheaterMax and USB OTG. Moto G5 Plus is the first smartphone in the Moto G series to feature a metal body. (Image: News18.com)

The camera setup includes a 12-megapixel rear camera, with dual autofocus pixels, 4K video recording, a f/1.7 aperture, and dual-LED flash. On the front, G5 Plus sports a 5-megapixel camera with an f/2.2 aperture and a wide-angle lens. Connectivity options include 4G LTE, Wi-Fi 802.11 a/b/g/n, GPS/ A-GPS, NFC, Bluetooth v4.2, 3.5mm audio jack, and Micro-USB. The Moto G5 Plus battery capacity is 3000mAh. It is non-removable, and the company is touting TurboPower charging will provide six hours of battery life in just 15 minutes of charging.

Honor, Huawei’s Smartphone e-brand had launched Honor 7X smartphone in India at a price of Rs 12,999. Honor 7X is powered by a HiSilicon Kirin 659 octa-core SoC and will run Android 7.1.1 Nougat, topped with EMUI 5.1. The storage variants of the smartphone include 32GB, 64GB and 128GB options, with the capacity of expanding the memory up to 256GB using an external microSD. Following the industry trend, the device boasts of a 5.93-inch near bezel-less, Full-HD display with an 18:9 aspect ratio. It runs on a 4GB RAM and will be backed by a 3340 mAh battery. 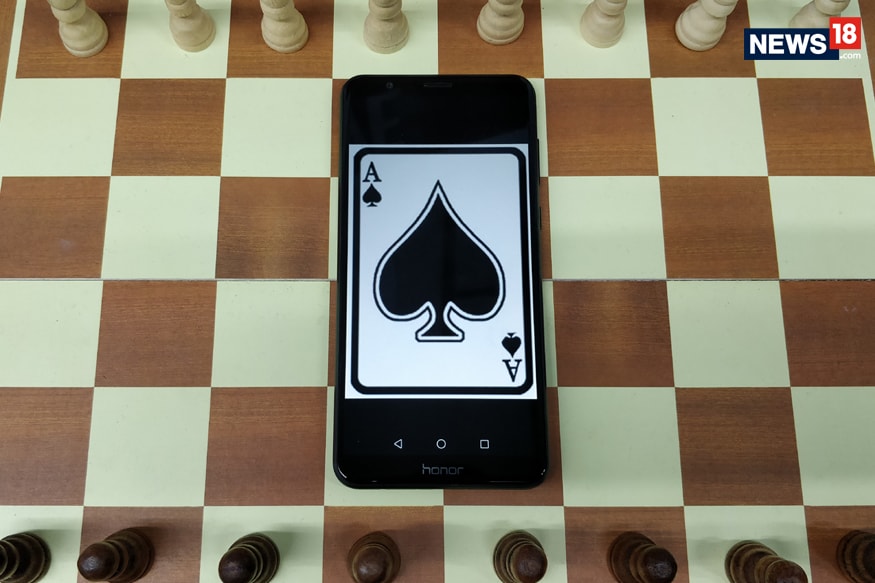 Optics of the smartphone include a dual-lens camera setup at the back, with a 16-megapixel primary and a 2-megapixel Secondary lens with features like PDAF, LED-Flash, Face Detection, HDR and 1080p video recording @30fps. There is also an 8-megapixel shooter at the front, while the fingerprint sensor of the device has been shifted to the back. Connectivity options on the Honor 7X include 4G-LTE, Dual Nano-SIM (Hybrid), Wi-Fi Direct, Micro-USB 2.0 and Bluetooth 4.1. The Coolpad Cool1 Dual 32GB is powered by a Qualcomm Snapdragon 652 chipset 1.8 GHz Octa-core processor and Adreno 510. Other features of the phone include fast charging, fingerprint scanner and OTG support. The Cool1 Dual comes with a 5.5-inch IPS LCD display with the resolution of 1,080 x 1,920 pixels and 401 PPI pixel density. The smartphone is powered by a 4000mAh battery with fast charging support. Cool1 offers 4G with VoLTE, 2G/3G, Wi-Fi, Bluetooth 4.1, GPS, FM Radio, 3.5mm Audio Jack and USB Type-C port.