News18» News»Tech»Buying Guide: Coolest Laptops You Can Splurge On When You Have A Lot Of Money To Spend
6-MIN READ

Buying Guide: Coolest Laptops You Can Splurge On When You Have A Lot Of Money To Spend

Laptop makers have some very cool premium laptops in their arsenal that tick off the style, luxury and performance checkboxes. All in one. That is, if you are rich enough. Apple, HP, Lenovo, Dell and MSI have laptops that are better than the rest.

When work from home is a very real thing, a good laptop, a reliable and fast enough broadband connection and lots of patience to deal with communication overload become as essential as food and water. For some, the laptop that they use to get work done also has to be a symbol of style. Make a statement, if you will. Budget isn’t a constraint either and you can really take your pick from the premium options out there. But that doesn’t mean you should splash the cash on the first cool laptop that you see. Laptop makers see you and have some very cool premium laptops in their arsenal that tick off the style, luxury and performance checkboxes. All in one. That is, if you are rich enough. Apple, HP, Lenovo, Dell and MSI have some that are better than the rest, but mind you, the margins are very thin and preferences are quite fickle.

The reality is, it is getting harder to buy a laptop that isn’t genuinely good. Even more so with the launches over the past few months, as the focus on laptops is back. After all, when it really came down to it, all those pretenses of smartphones and tablets ushering in the end of laptops as we know them, have disappeared in thin air. To get actual work done, a laptop is as necessary as ever. Some now even offer the optional mobile SIM functionality, letting you use a Reliance Jio, Airtel or Vodafone SIM to get data on 3G or 4G networks if the home broadband isn't available. We have curated this list of some of the best premium laptops that you can spend a lot of money on, and these will deliver on the performance aspect as well.

Laptop Buying Guide: Which Xiaomi Mi Notebook 14 is Right For You? 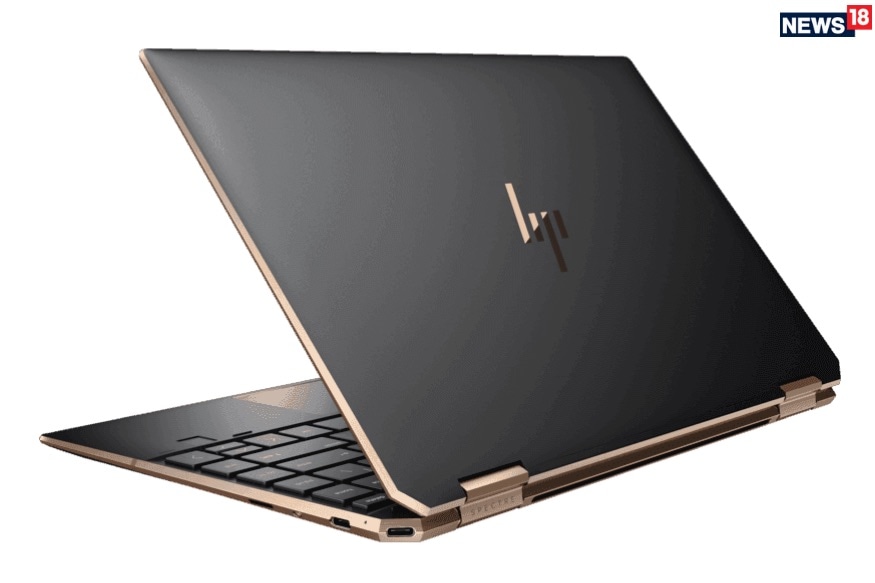 The HP Spectre x360 has been one of the most beautifully crafted laptops in the Windows 10 ecosystem, for a while now. The chopped off corners round the back still look cool, particularly when coupled with the sharper lines elsewhere. This can be had in two colour options—Nightfall Black and Poseidon Blue. This is powered by the 10th generation Intel Core i5 processor with 8GB RAM and a fast 512GB SSD. The 13.3-inch display can be had in 4K resolution as well, if that is what you need. The HP Spectre x360 - 13-aw0204tu is just 16.9mm thick, which makes this one of the slimmest laptops out there. There is a fingerprint reader, mic mute key and a physical webcam kill switch, for those who are worried about privacy. The HP Fast Charge feature juices up a fully discharged battery to 50% charge in 30 minutes. This is when the corporates want to work, or be seen working, in style. Lenovo ThinkPad laptops have long been the default choice for a lot of business users, particularly because of the ruggedness, longevity and the plethora of security features on offer. That doesn’t change with the ThinkPad X1 Yoga Gen 4, even though it has adopted a lot of the modern cues. You get a 14-inch IPS display with the WQHD resolution, a bunch of ThinkShield security features including the ThinkShutter physical camera cover and support for Dolby Atmos as well as Dolby Vision standards. Powering this is a 10th generation Intel Core i7 processor with 16GB RAM. You get a fast 512GB SSD too. In terms of the form factor, Lenovo says they have shaved off enough to make this 17% more compact than its predecessor, and this weighs 1.35kg. Lenovo Rapid Charge juices up a completely discharged battery to 80% in 60 minutes. The latest MacBook Pro is what you need if you want the most gorgeous display in the world of laptops. This 16-inch Retina Display replaces the 15.6-inch canvas that was the highlight of the MacBook Pro 15. This supports the Display P3 wide colour gamut, True Tone and is rated at 500nits of brightness. You get to choose between the latest generation Intel Core i7 and Intel Core i9 processors with 16GB RAM. Your storage options are 512GB and 1TB SSD, though you can choose to have your machine configured for up to 8TB SSD for storage—the highest capacity in any notebook. The AMD Radeon Pro 5300M and the AMD Radeon Pro 5500M add to the power stakes. The built-in microphones can do studio quality audio recording. Apple updated the keyboard with the new Scissor mechanism, which is great news for those who type a lot. 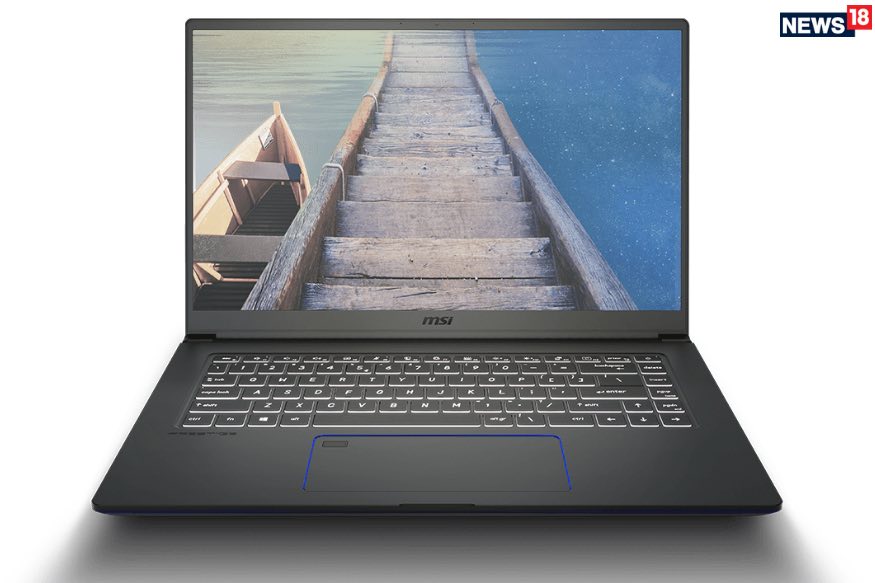 What MSI have made is a gorgeous piece of machinery here. For starters, you will be impressed by the high-quality materials in use, as well as the diamond-cut edge and sandblasted texture. The way the edges shine at certain angles adds a touch of class. This is powered by the 10th generation Intel Core i7 processor with 16GB RAM. The 15.6-inch display is what MSI calls IPS-like, and what you get is a bright and vivid screen that also doesn’t reflect ambient lighting back in your eyes. The Nvidia GeForce GTX 1650 Max-Q should be good news for those who also want to game a bit. The security features include Windows Hello authentication. Oh, and this supports Amazon Alexa too, if you want to use voice to command your laptop to answer back. MSI’s Cooler Booster tech uses two fans and three heat pipes to keep this powerhouse cool, and in our tests, it did the perfect job. All this, in a laptop that weighs just 1.6kg. 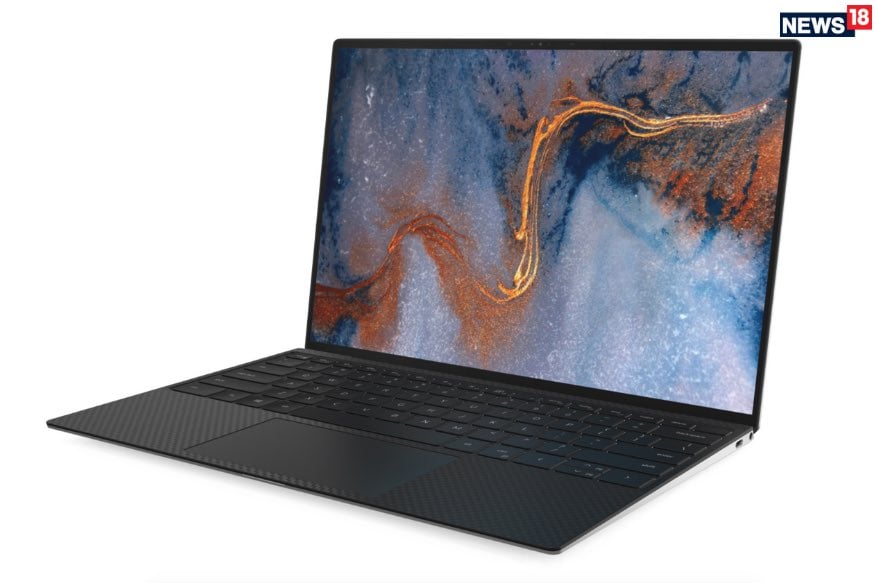 Finally, Dell got the 2020 line-up of the XPS laptops to India. Albeit without the XPS 17. Which means you still have to choose between the XPS 13 and the XPS 15. The latest XPS 13 is significantly more expensive than before now. The positive is that it retains the ingredients that made it quite popular over the years. The bezels on the sides as well as below the screen have been further thinned down, which makes the 2020 edition of the Dell XPS 13 about 2% smaller in size than before. That has allowed Dell to also go for a slightly larger 13.4-inch display in the latest model. You get the 10th generation Intel Core processors and Dell says they have redesigned the thermals as well to keep the laptop thin. You can be rich. You can have the luxury to splurge on a cool laptop. You can do so while feeling good about caring for the environment too. The HP Elite Dragonfly (SKU: 9MV10PA), HP says, uses post-consumer recycled plastic including ocean-bound plastics in the construction of certain elements of the notebook. This makes it the world’s first laptop to use otherwise ocean-bound plastics. Yes, you will have to make do with a slightly older 8th generation Intel Core i7 processor, but that’s paired with 16GB RAM and a 512GB SSD. You get a 13.3-inch Full HD display, speakers tuned by Danish company Bang & Olufsen, HP Fast Charge that juices up the battery from 0% to 50% in 30 minutes and ruggedness that has withstood the MIL-STD 810G tests. Depending on the config, this could weigh as little as 0.99kg.