Call of Duty Mobile vs PUBG Mobile: Who Takes Home This Deathmatch?

Despite being a close call, we firmly believe that Call of Duty: Mobile presently has the upper edge in terms of how the two shooter games fare.

Call of Duty: Mobile has gone off to a flying start. The game surpassed 100 million users in nearly no time, and that's hardly been any surprise -- after the way it began, we only expect CoD to reach new heights in popularity over time. However, given the persistence of the comparative question between itself and Tencent's "other" game, PUBG Mobile, we decided to pit the two against each other, to find out which fares better as a game, at the moment. While our verdict will likely still make many disagree, we objectively break down elements of the game, and which one excels over the other, in each of them.

In our books, CoD steamrolls PUBG Mobile when it comes to gameplay. To begin with, you get two different forms of shooting in CoD -- an automatic firing mode that will suit every casual player, and an advanced, lock 'n load mode that hardcore shooter enthusiasts will likely find more to their taste. More importantly, there is no option for users to choose between the two in PUBG Mobile, which is important while considering mainstream games such as these. Then, come the matches themselves. While a typical Team Deathmatch or a conventional Battle Royale bout lasts for nearly 30 minutes in PUBG Mobile, each round in CoD's team matches, ranging across a wide variety of types, typically lasts for just 7 minutes. This gives a huge boost to the game's overall pace and playability, leading to more frequent intervals in which you feel like playing it. The game is fast paced, brief, spontaneous and intuitive, with a wide range of controls -- primary gun, secondary gun, ancillary drone support, special weapons and grenades all arranged very ergonomically. This design, we feel, defeats PUBG Mobile hands down.

Even when gun recoil and other mechanics are considered, CoD feels like a cut above. The recoil, firing range, trajectory and pace adjustments feel precise -- something that can be inconsistent in PUBG Mobile. More importantly, while PUBG Mobile focuses more on the fire-and-cover type of gameplay, CoD goes out all guns blazing to make this mobile game feel as close to Black Ops and Modern Warfare as they could have.

Not only does CoD look better, it is also lighter on resources. The result comes via lesser dropped frames, better realism and reflections, more scrutised details, and interesting elements like a slow-mo kill cam, which works smoothly even in non-flagship phones. While PUBG Mobile has improved in leaps and bounds, and CoD comes with its own set of glitches, the latter still produces better aesthetics than PUBG Mobile's terrain-driven gameplay, thanks to much of CoD's finer, more intricate character details to boot. While Activision scored a winner by briefing Tencent to use some of CoD's most iconic maps (Hijack and Crash being our all-time top two), maps is one point where PUBG Mobile is not too far behind. While PUBG goes for variety and complexity, CoD relies majorly on nostalgia, with the impact of terrain differences being significantly greater on PUBG Mobile. As my colleague and PUBG fanatic, Kunal Khullar, says, "PUBG's maps in the classic Battle Royale mode offer different terrains. These change the way you play. For instance, Sanhok is smaller, and is mostly a tropical island. Hence, you notice faster gameplay with a lot of 'snakes'. Miramar is a large desert, so the gameplay is slow, and starts becoming a sniper showdown as you reach the end." This is a battle that is actually too close to call, for we are actually fans of both the sets of maps that these games have on offer. While we prefer CoD for its layered but compact form factor, we love PUBG's maps for the intricacy and strategies require in it to advance. 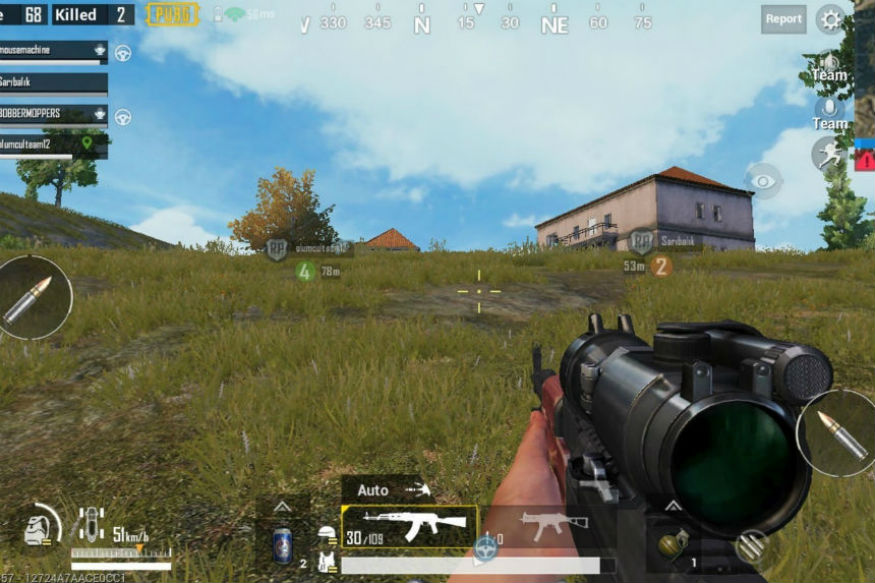 Until CoD figures out a new way to dole out more accessories, visual upgrades, collectibles and quirky, on-suit ensembles, PUBG Mobile has a clear upper hand here. With regular updates frequently adding costumes, accessories and optional overhauls to the game, PUBG Mobile is your heaven if you love rehashing the look of your in-game character. As my dear colleague says, "Even their seasons are theme based, so it feels fresh after a couple of months." While CoD is yet to reach there in terms of longevity, the game still has a long way to go in terms of customisability, and design a faster way to unlock collectibles for its fast growing legion of players.

There is no doubt, that with better gameplay mechanics, excellent graphics, a more intuitive range of gameplay and thoroughly enjoyable maps, it is Call of Duty: Mobile that takes the cake in terms of these two behemoth games by Tencent. While PUBG Mobile does better with the collectibles and costumes, this is only an ancillary factor, and when it comes to the core game, we find ourselves rooting for Call of Duty: Mobile through and through, at least with where the two games stand right now.