Crossbeats Evolve Review: Made in India True Wireless Earbuds That Sound Quite Good

Indian startup Crossbeats has an interesting product at hand with the Evolve, but not without its own glitches.

Crossbeats remains a relatively unknown entity in the audio space, even after being around for a while. The Indian startup specialises in true wireless earphones – a category that has steadily seen increasing popularity among mainstream earphone buyers. One of the first products we tried from the brand was the Crossbeats Pebble, which was reasonably impressive to begin with. However, it then followed up with a product called Crossbeats Evolve. This was more ambitious than Crossbeats’ previous efforts, for it now tried to offer ‘high definition’ audio in a ‘premium’ package. The trade-off? It also cost more.

For an in-depth view on how the Crossbeats Evolve fares against some of its competitors in the sub-Rs 5,000 true wireless earphones segment in India, click here.

Beginning with the audio quality, Crossbeats appears to have shifted its sound signature, seen in past true wireless earphones from the brand, from warm to bright. In simpler words, while the previous TWS earbuds were biased towards bass, the Evolve has a more neutral sound profile. This directly leads to more prominent highs, and as a pleasant surprise, good mids as well.

This can be both good and bad, depending on the kind of sound that you prefer, personally. For easy references, Marko Saaresto’s baritone in pretty much any Poets of the Fall song doesn’t quite sound as ‘deep’ as what many would like, while the falsetto sections of his voice risk sounding slightly shrill and piercing at peak volume. However, cut the volume down to about 75 percent, and you reach the Goldilocks zone of the Evolve. Here, the lower frequencies sound adequate (but slightly shallow, nonetheless), while the highs sound sweet and pleasant.

The Crossbeats Evolve also puts emphasis on mids, and even lower mids in particular. As a result, vocals get a reasonable amount of flourish. Artists that really benefit from it are the likes of Johnny Cash, Green Day and even Nightwish’s iconic Tarja Turunen. The Evolve offers acceptable tonal accuracy for its price, but doesn’t transcend the trappings of the budget audio segment. That said, the use of the Qualcomm aptX HD codec means higher bitrate audio streaming, which in turn also reflects in the dynamic range that the Evolve produces.

It is this that impresses the most, for the Crossbeats Evolve does offer a decent bit of excitement in its overall sound. In Indian music parlance, flatter vocal profiles with reserved instruments such as songs by Prateek Kuhad sound a bit conservative, but pleasant nonetheless. However, a more exciting arrangement, such as Diljit Dosanjh’s MTV Unplugged rendition of Kali Teri Gutt does sound rather good. The fact that peppy tracks do not sound flat here is a big win for Crossbeats, and the overall tonal accuracy and good dynamic range make it a versatile pair of TWS earbuds to own.

Soundstaging isn’t groundbreaking, as you would expect, but for its segment, is pretty decent as well. One of the ideal representations of all the strengths of the Evolve coming together can be heard in a track like Masego and FKJ’s collaboration piece Tadow, which sounds clean and peppy. However, it is imperative that you do not cross the 75 percent volume mark, for beyond that, the Evolve exhibits a typical budget audio product trait where the volume is given more emphasis over quality. That leads to fine distortions in otherwise clean synthesiser notes, a more limited dynamic range, and a less impressive experience on overall terms.

That said, the Crossbeats Evolve is pretty loud in itself, and the dual-driver arrangement seems to have worked here. For more references of how the Evolve sound, tracks from artists like Cake and Skid Row sound really good. Fans of Slipknot, Judas Priest and the likes may find the bass a bit lacking but the vocal and instrumental emphasis quite appeasing. For a wide variety of Bollywood tracks, while the Evolve doesn’t elevate the listening experience, it still does a respectable job.

The ‘made in India’ angle

With the core audio performance described, a quick comparison with a product such as the Realme Buds Air is warranted by virtue of both their market positioning and the ‘Indian product’ narrative. The latter, which struck popularity by aping the Apple AirPods (1st generation), offers a more bass-biased sound signature, while offering limited dynamic range in comparison to the Crossbeats Evolve. This can be important, since the Evolve is the more versatile of the two, and while the Realme Buds Air would find more takers among bass lovers, the Crossbeats Evolve would be more appreciated by the rest of the user demographic.

The Buds Air costs Rs 3,999, while the Evolve is priced at Rs 4,999. For the added money, the Evolve also sounds better, and in our opinion, looks and fits better as well. More on these in the next segment. On overall terms, as an Indian startup in the personal audio space, Crossbeats has done respectably well with its ‘high definition’ TWS, Evolve.

The Crossbeats Evolve offers a typical earbud design, without an AirPod-like stem attached to it. The matte, rubberised exterior is finished well, and there are no visible quality aberrations that we have seen, in almost four months of usage. Both the earbuds have a physical button, which has an engraved Crossbeats logo that also lights up in red and white depending on what you are doing (pairing, charging etc).

However, the earbud size is a tad large, and we saw users with smaller ears struggle to get a comfortable fit. This is a design flaw that might eat into a potential customer base. Another design flaw is the open canal design of the earbuds, because of which particles might enter the earbud body and get stuck forever. Cleaning the canal is a regular task you’d need to take on, and this can induce a fair bit of annoyance.

That said, Crossbeats has done quite well with the design of the casing. With a four-LED charging indicator at front, smooth rubberised finish and a sturdy lid, the charging case looks suave. The only bit of annoyance here is the use of a microUSB port instead of USB-C, which seems inexplicable, seeing that its predecessor, the Crossbeats Pebble, already featured the newer generation port. There is no wireless charging at hand either. The case is very pocketable, thanks to its compact dimensions, and offers excellent battery backup.

The Crossbeats Evolve isn’t a straightforward recommendation. At Rs 4,999, it isn’t particularly cheap in India, especially with the advent of products such as the Redmi Earbuds S (at just Rs 1,799). However, you do get good sound, great battery life and a well designed product for its price. But, the above-mentioned discrepancies in design and audio both mean that whether you like it or not can be a variable opinion. For us, it is a good option to consider at under Rs 5,000. 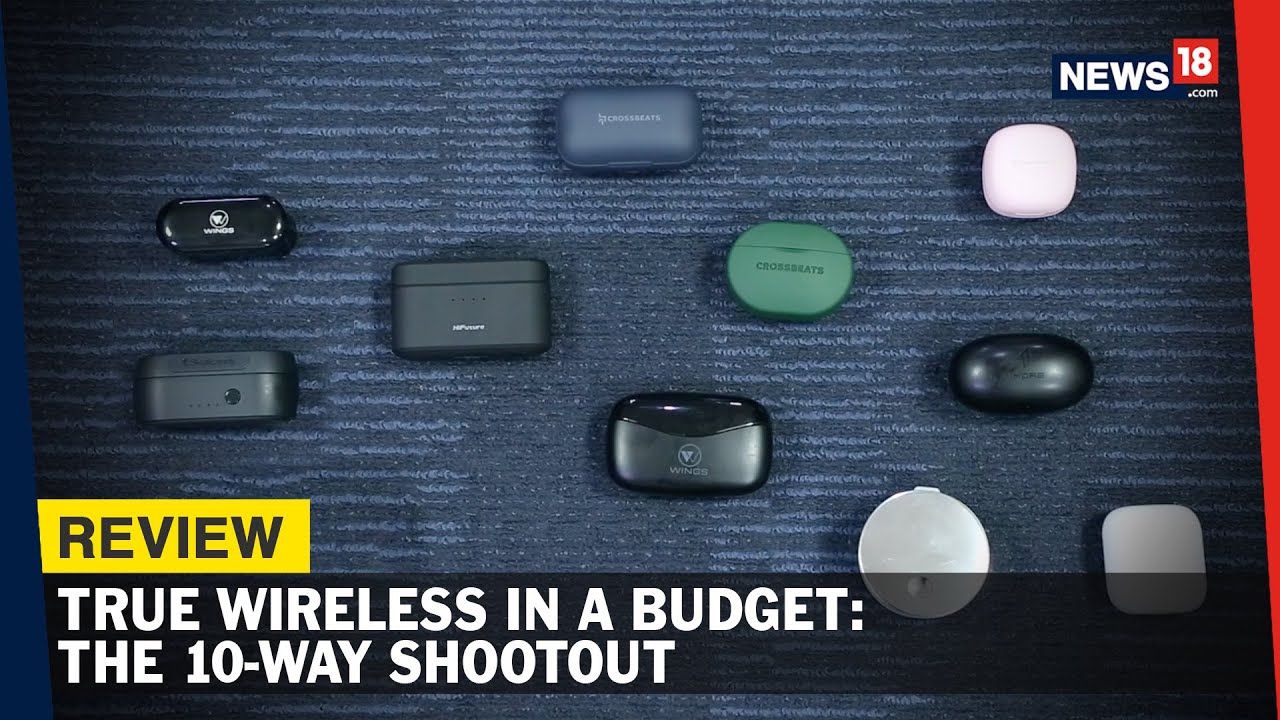