Education and Employment: At Grassroots Level, Robotics Treads a Fine Line in India

The key to seeing faster growth in robotics and automation technologies lies in early investments across India’s education system, as well as its SMEs.

“I was always really passionate about robotics since many years, but I couldn’t find a platform to showcase my work,” says 17-year-old Lakshya Gupta, one of the thousands of participants at the fifth edition of Technoxian, the annual robotics festival and workshop organised by the All India Council of Robotics and Automation (AICRA). He, along with his uncle Sachin Gupta, 38, were the first winners of the RoboWar finals at Technoxian 2019, playing out a steel cage robot battle to loud cheers from a near-2,000-strong audience.

The robot battles, along with robot soccer and drone races, were the gimmicks of Technoxian’s front end, which act as crowd pullers. Outside the centre stage, exhibitors from across India lined up to present their technologies to interested parties, many of whom included stakeholders of the robotics and automation industries, education sector professionals, government body members, scientists and the media. What’s even more encouraging to see is that a few of the technologies were built and presented by students. The slightly demoralising bit was that despite being one of the largest robotics festival in India at the moment, plenty of exhibitor sites still remained vacant.

It is perhaps this that best describes India’s robotics and automation industries at the moment. While many are interested in robots, the level of exposure to robotics are far from being enough. As a result, while the rest of the world’s leading economies go about adopting industrial robotics and robotic process automation (RPA) at a fast pace, India’s adoption of RPA and associated technologies are mostly gradual and reserved, and even restricted to larger companies.

“It is wrong to compare India’s growth of robotics to other countries, because socio-economic factors are very different here,” says Dr. Tabassum Jamal, senior principal scientist and the Centre for Scientific and Industrial Research at the National Institute of Science, Technology and Development Studies. “Take, for instance, a daily wage worker who paints buildings to earn a living — with the advent of robotics, such a hazardous task can be taken over by robots, which is good. But, the question is, where will he find employment now? What will he do?” she says.

The industry of robotics and automation, it seems, is treading a fine line of finding alternatives in India. For the industry to truly evolve, a large wave of changes are required, which would include every person from sectors such as teachers, industries, government bodies, foreign investors, small entrepreneurs, students at various age levels, financial institutes and more. Ask many experts, and they will tell you that the key to the rise of this segment is largely dependent on events such as Technoxian. Robotics: Not quite as cyborg as this

India, though, is a unique nation, and while it does come with its own sets of problems, it has a lot of advantages as well, key to which is the diversity and massive talent pool of young students and professionals that it offers. Raghunath Subramanian, president and CEO of UiPath India, says, “Of a lot of RPA projects that we (at UiPath) see across the globe, nearly 50 percent of the teams that implement the technology come from the specific nation (i.e.. Norway, Japan, China, etc), and as much as the rest 50 percent come from India.”

Subramanian elucidates, “India is one of the biggest strategic regions for us, and not in terms of business originating here. India is one of the few unique countries where you have a whole bouquet of services. There is the IT industry, along with the massive developer base, a large student base, as well as an amazing startup ecosystem. All of these put together offer a rather unique opportunity. RPA, after all, is not just a physical robot in service, it is all about the software.”

Software has played a pivotal role in the growth of the Indian economy, when the Information Technology boom of India led to the formation of global stalwarts from the nation. Subramanian believes that treated cautiously, robotics and RPA have the potential to be as big as IT in India, in the long run. This cautious approach, importantly, will involve maturity of a nascent industry, which will create vacancies for better jobs before existing ones such as unskilled labour are lost to automation.

Like Raj Kumar Sharma, president of AICRA, states, “In the ‘80s, when the computers entered our life, everyone was apprehensive regarding jobs being lost. Instead of that, computers created multiple industries on its own. There is a similar misconception regarding loss of jobs in SMEs due to RPA, which is holding its adoption back. There are certain manual labour jobs that may become obsolete, but RPA too will create far newer jobs to replace them.”

All of this will only begin once India starts investing in bringing teachers across schools up to date with fields such as robotics and automation. Sharma says, “Our education system offers this guidance only through teachers, which is where we need to first invest in. Our teachers need to understand technology, invest in them and implement them in classrooms, which is the need of the hour. The evolution of faculty in this nature will be supported by the industries, which will be the first step in the overall potential impact of robotics in our nation.”

Sharma identified early that students have a natural inclination towards being interested in robots, which was the natural entry point for interest in robotics. This gave birth to Technoxian, five years ago. As Sharma states, “In 2014, we attracted about 2,600 youngsters as participants. In 2019, the total number of participants reached 2,872 teams, with nearly 28,000 participants from 22 nations such as Australia, Germany, Indonesia, Kazakhstan and more.” 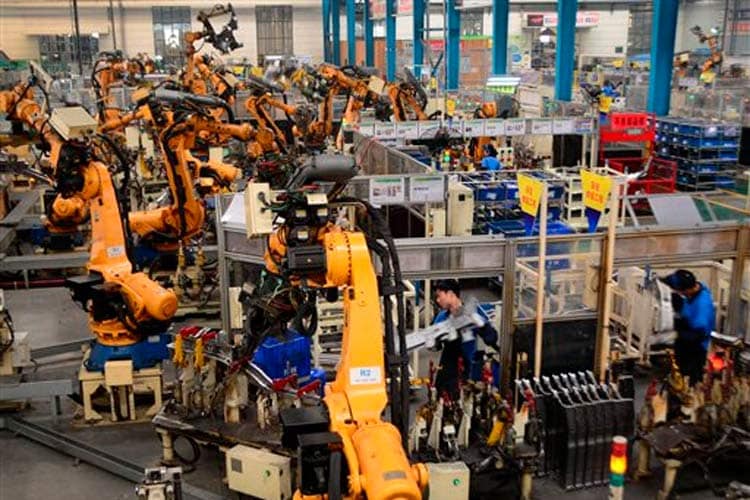 With Technoxian now recognised by many in related industries, Sharma now wants to take it to international shores, to ramp up interest in robotics and have more people notice it. As he says, “We aim to grow this community further by expanding Technoxian to other countries, where we will appoint partners, facilitate them with the technology and the support, and host competitions from which the winning teams would come to India to showcase their work. This will further contribute to the Skill India Programme as well, in the long run, and help our students learn, evolve and grow their interest in robotics.”

Jamal of CSIR, NISTADS also believes that a student’s initial interest in robots will need to eventually evolve into an interest in robotics, for the industry to benefit. She says, “Children are already very excited about robots, which is evident if you see an event like Technoxian. However, strategic investment is required in this sector for it to grow, so that five years later, a child’s interest and excitement in robots turns into something serious.”

Among the first parts of this strategic investment would lie in a new pool of teachers at schools in India. However, there are roadblocks. Jamal says, “Out of the blue, enough teachers will not emerge to fulfill the target of teaching robotics and automation. But, when a board introduces these fields in schools, they will have to invest in the training of these teachers. Moreover, if teachers of this generation are recruited in schools, they will automatically be more up to date with such topics.”

The second part is far trickier, for it requires a thorough overhaul of how the system is shaped. As Jamal explains, “This (adoption of new topics) will also need a change in the entire education system in India, so that the conventional written exam format is reduced, and applied practical teaching becomes more important.”

The rise of robotics as a massive industry in India will also depend on the growth of indigenous startups, quite similar to how Indian IT firms completely overhauled foreign ones as the rapid IT boom settled in. Jamal notes, “The real growth for India will come from children in high schools and colleges, where students are working hard to take this industry forward. IIT’s annual Tech Fest is one such big entity in India. Through these colleges, if the idea of robotics is promoted and supported by necessary means, that is when students can form their own startups, and that will truly contribute to the rise of the industry in India. Our students themselves can become employers, and not have to work for other firms as employees.”

Noting the rising growth of innovation cells in colleges, Jamal’s vision for the network of premier Indian colleges and universities is similar to why universities in USA are consistently ranked at the top of education ratings. She says, “Indian university campuses can promote these students through industrial sponsorship, to kick start careers. Industry stalwarts, micro and SME entrepreneurs come to attend IIT’s Tech Fests, and see whether the applications built by students could be useful for their businesses. More colleges need to make arrangements where the students are connected to the industry professionals, and are offered funding, connections, markets or other resources. Some universities in India are already adopting this model to include innovation cells and incubator centres on campus, which is a positive move.”

Sharma of AICRA concludes that alongside these moves, large scale events and reality shows will also help build this industry further. He says, “The adoption of robotics in India can also be helped with a sci-tech reality show. It can help build excitement and team management, thereby building an entire ecosystem.” The effect, as a result, can be similar to what it has been on Lakshya and Sachin Gupta's team at Technoxian 2019. As Sachin stated, "We plan to take our robot to a far more advanced stage. We were not expecting the levels of competition that we are seeing at Technoxian, and this has made us want to go to IIT Tech Fest with our creation, and understand robots and robotics further."