We got to play with the Panasonic Eluga Arc 2 and here is how it went along with us in the little time we spent with it.

Three months after the launch of the Eluga Arc, Panasonic has now introduced its successor. Named Eluga Arc 2, the new phone is claimed to be the first phone in its price segment to have a 2.5D curved glass on both the rear and the front. The phone costs Rs 12,290.

We got to play with the phone and here is how it went along with us in the little time we spent with it.

The key highlight of the Eluga Arc 2 is its design, which features a mix of glass and metal. The phone has a curved glass on both the front and the back, which, the company claims is scratch-resistant. While the glass design on the back gives it a premium touch, what adds to its looks is a metal frame running along it. In terms of hold and grip, the phone feels light in hands and easily nestles in the palm. The Panasonic Eluga Arc 2 has a glass design on the back. (Image: News18)

Coming to its cameras, the 8 megapixel shooter at the back captures a good amount of light and produces detailed photos, but it suffers from a distinct shutter lag. The 5 megapixel camera, on the other hand, produces bright images, but they lack detailing. Also, the photos captured with the front camera are a little noisy. The camera app has built-in filters. We, however, are yet to test its cameras in different lighting conditions. 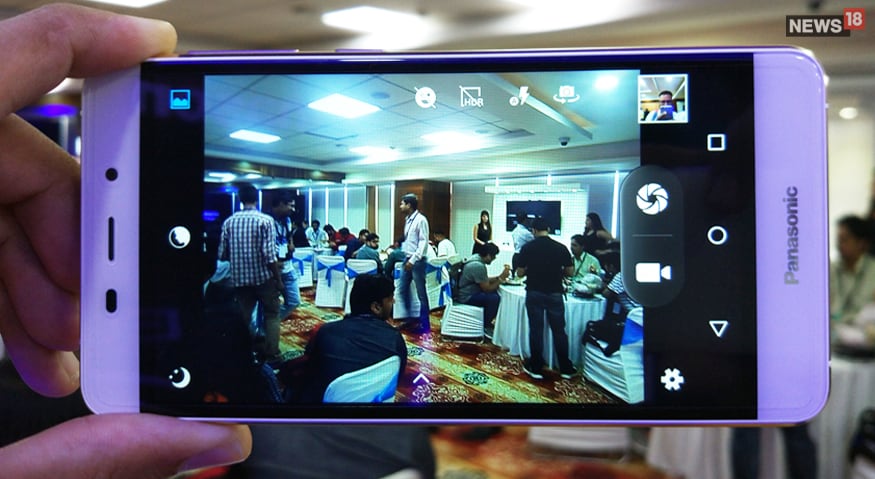 A view of the Panasonic conference through the Eluga Arc 2's rear lens. (Image: News18)

Compared to its contemporaries from companies including Asus and Xiaomi, the Eluga Arc 2 is relatively free of bloatware and offers a close-to-native Android experience.

In what appears to be a little odd, this dual-SIM phone has two SIM trays - unlike in other phones that have one tray housing two SIM slots. And the catch here is that the second SIM tray is hybrid. It can either accommodate a SIM card or a microSD card. This is where Moto devices get an extra point. Motorola has a separate slot for a microSD card in its dual-SIM devices. 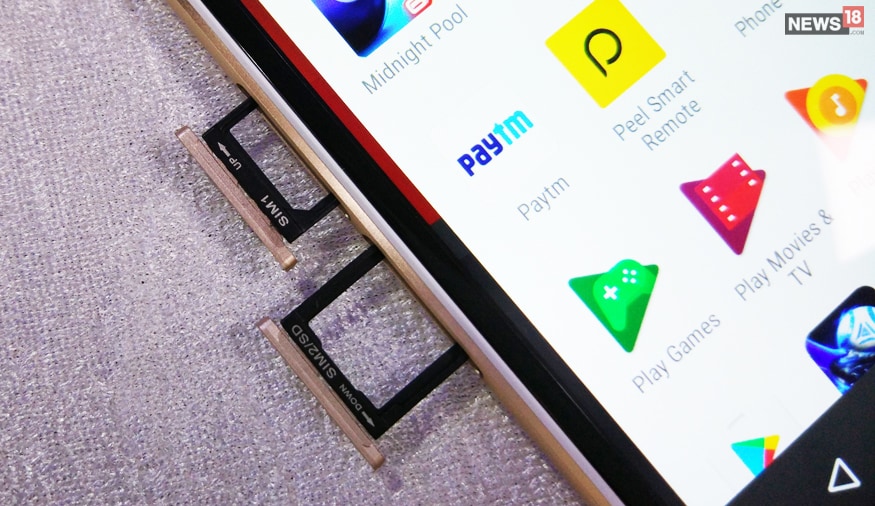 The phone is engineered with a quad-core processor paired with 3 GB of RAM - pretty much in line with the competition. The 2450 mAh battery in the phone is claimed to last for a full day on a single charge. But how it performs in the real world is something we are yet to test.

The phone includes 32 GB of internal storage (expandable up to 128 GB), USB OTG support, and an IR Blaster, which allows users to operate home appliances with a phone.

The Eluga Arc 2 also comes Panasonic's new Turbo Download feature, which, as the company explains, combines WiFi and Mobile Data for quicker download. The phone will be available in two colours - Gold and Rose Gold.

The Panasonic Eluga Arc 2 features a good design and comes packed with a wide range of features. But there are other phones with better features and great performance available in the same price segment. We, therefore, would like to use the Eluga Arc 2 for a longer duration to ascertain where it stands in the budget market.