Here is what some of the major companies are doing in order to rethink the smartphone form factor. Efforts indicate we could see rollable smartphones in 2021.

Smartphones have carried the glass slab form factor since the beginning and now, with good reason, manufacturers (and in some cases, users) are trying to rethink the smartphone form factor. What started with the simple foldable smartphone concept, is now much more varied with smartphone concepts like rollable display smartphones, wrap-around display smartphones, and more, apart from the foldable form factor itself. Recently, it was reported that Apple may be working on a foldable iPhone that may launch sometime in 2022 or in 2023. Now, while the interest in a foldable iPhone is certainly more than any other foldable, it is important to highlight what other brands are doing in the foldables or rollable smartphone department, and what may be in store for us this year. 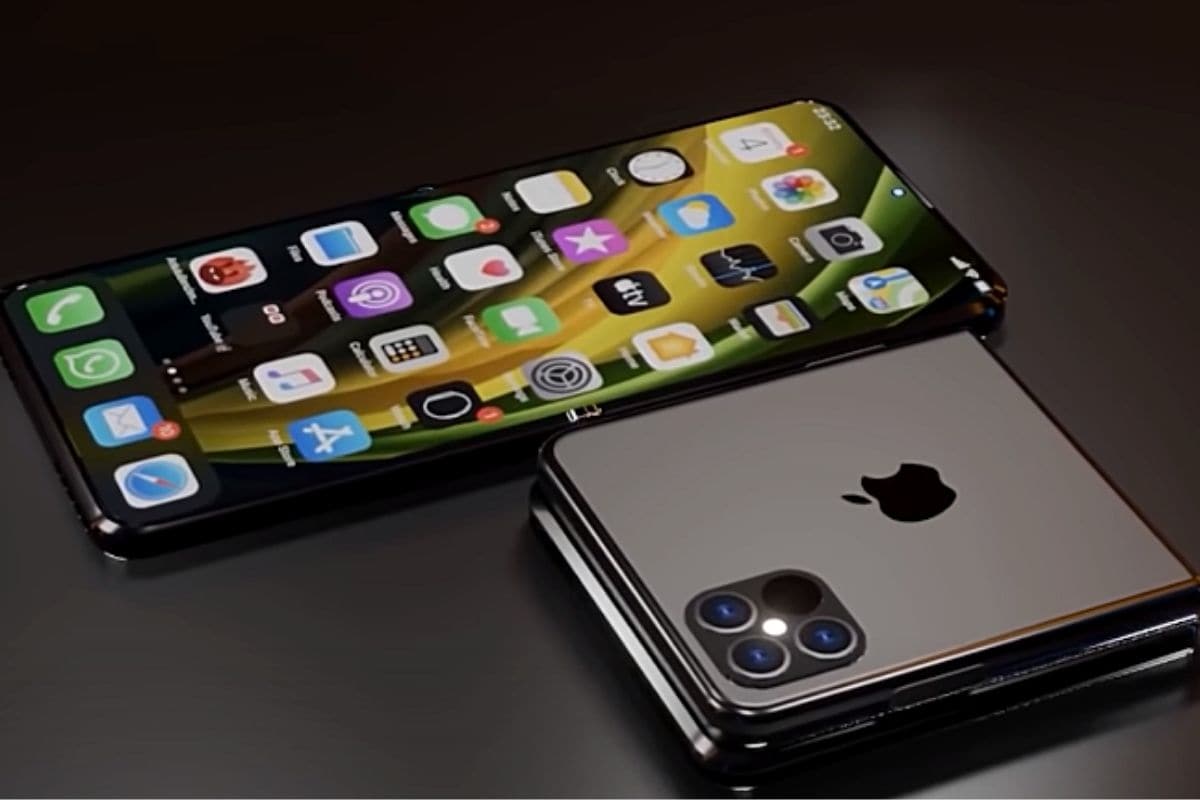 Apart from Apple, brands like Xiaomi, Samsung, Oppo, Huawei, LG and more have been reported to be working on their foldable or rollable smartphones. Samsung, having multiple foldables in the market, is an undisputed leader in the segment. The South Korean manufacturer had last year significantly upped its game by introducing a significantly improved and much usable Galaxy Z Fold 2. The Samsung Galaxy Z Fold 2, in fact, proved to be one of the most interesting smartphone launch of 2020, providing for the most complete and user-friendly foldable smartphone experience. Apart from the Galaxy Z Fold, Samsung also has a Galaxy Z Flip with a clamshell design.

Apart from this, Samsung is also reported to be working on a rollable smartphone that will extend its display from the sides. In November, Samsung’s vice president Lee Jae-Yong was spotted holding an unusual smartphone during a strategy meeting with high-level executives at the company’s research and development center in South Seoul. The silver smartphone that Lee-Yong was holding, looked thinner than the company’s Z Fold and Z Flip smartphones, which led people to believe that it could be a prototype ‘expandable’ smartphone that stretches out into a tablet. Samsung had also filed a patent for a rollable smartphone with the World Intellectual Property Office (WIPO) in 2019.

Chinese manufacturer Oppo also seems to be working extensively on rethinking the smartphone form factor. Back in November, during its Oppo Inno Day 2020 event, Oppo showcased an Oppo X 2021 smartphone with a rollable display that extends from one side. Oppo is calling its extending display technology as “continously varianle OLED display,” hinting that the rollable display on the Oppo X 2021 could be an OLED panel. In its compact form, the Oppo X 2021 is a regular 6.7-inch smartphone. However, with just a simple swipe on the side button, the smartphone extends itself, along with the screen, revealing the full tablet-like 7.4-inch display. As seen from the promotional videos shared by Oppo, the Oppo X 2021 extends only from one side (right), and goes back to its 6.7-inch slab form on a swipe in the opposite direction.

Apart from the Oppo X 2021, the BBK Electronics-owned brand is also working with Japanese design studio Nendo for a “slide phone” which has three foldable panels that users can use in multiple form factors, depending on the use case. The ‘slide phone’ concept is designed with three foldable screens that are attached by hinges folding over in the same direction. Oppo says that the concept behind this “slide phone” comes from the ever increasing smartphone sizes in order to let users enjoy improved functionality. The ‘slide phone’ provides users with the flexibility to change the form of the phone as needed. When fully folded, the ‘slide phone’ is shown to be roughly the same size as that of a credit card. The concept design shows at least seven different form factors that the ‘slide phone’ can achieve from its unique triple-hinge design with three foldable screens. A video shared by Oppo shows that the first unfold is expected to reveal 40mm of the display for tasks like checking notifications, call history, or accessing the music player controls. Unfolding it the second time is expected to reveal 80mm of the display for taking selfies. The third unfold reveals the entire screen, that is ideal for gaming, multi-tasking, or watching videos. Further, there is also a stylus inserted into the phone that allows users to expand their productivity by using the phone for complex tasks or work. The design hinted in the renders released by Oppo show a tall and slim design when the ‘slide phone’ is completely unfolded. 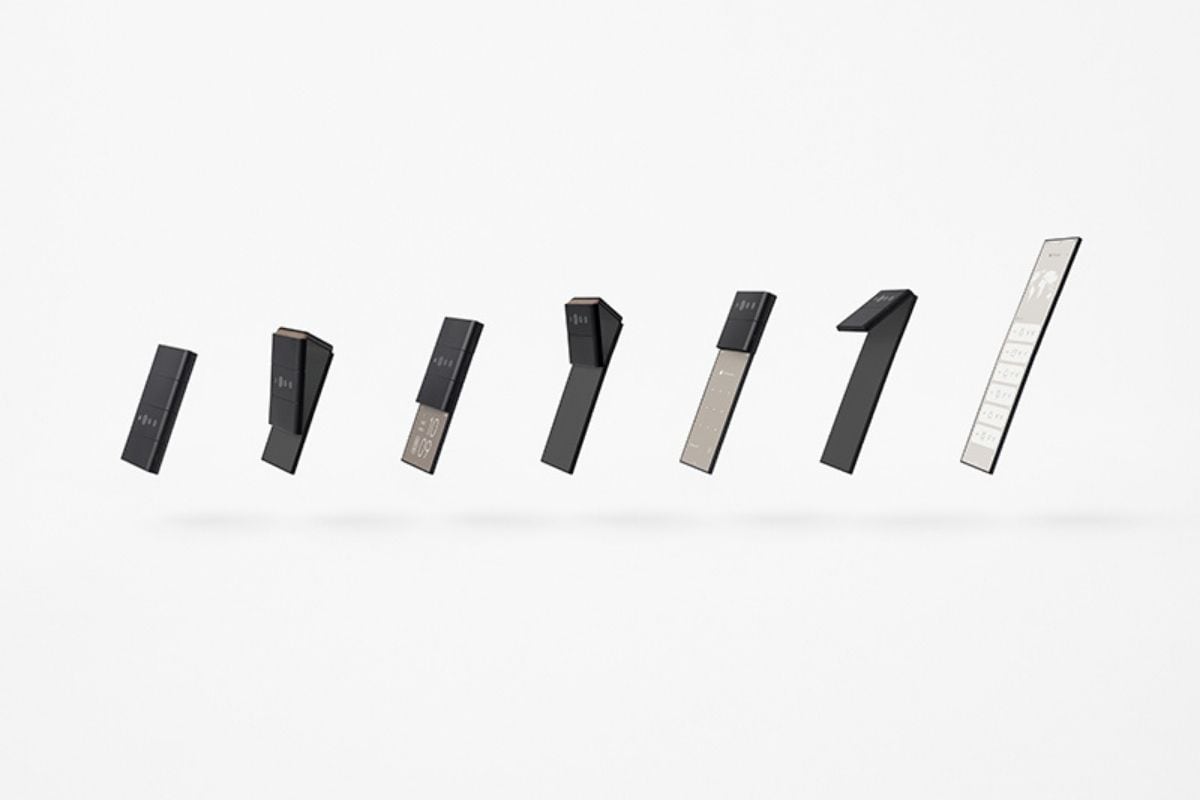 Apart from Oppo and Samsung, LG is also working on its different form factor smartphones. Like LG Wing, that showed us a completely new smartphone form factor in 2020, the company has plans to further surprise us this year. LG is working on a smartphone codenamed ‘Project B’ in its Explorer Project which aims to rethink the smartphone form factor. The LG Project B is also said to be a rollable smartphone with an extending display, most recently reported to be launched in March this year. Based on LG’s patents filed with the United States Patent and Trademark Office (USPTO), renders of the LG Project B had surfaced back in November last year. The renders of the LG Project B show that it is the size of a regular smartphone in its most compact form. However, the display of the LG Project B can be extended from both sides of the smartphone when held vertically. When extended, the display can potentially be increased by 100 percent in size. LG had teased the Project B smartphone after its LG Wing launch presentation last year as well. At the very end of the presentation, LG had teased a possible smartphone with an extending display. The 13-second clip showed a darkened profile of a smartphone that had a pull-out side. It ended with the fully extended display that glowed. 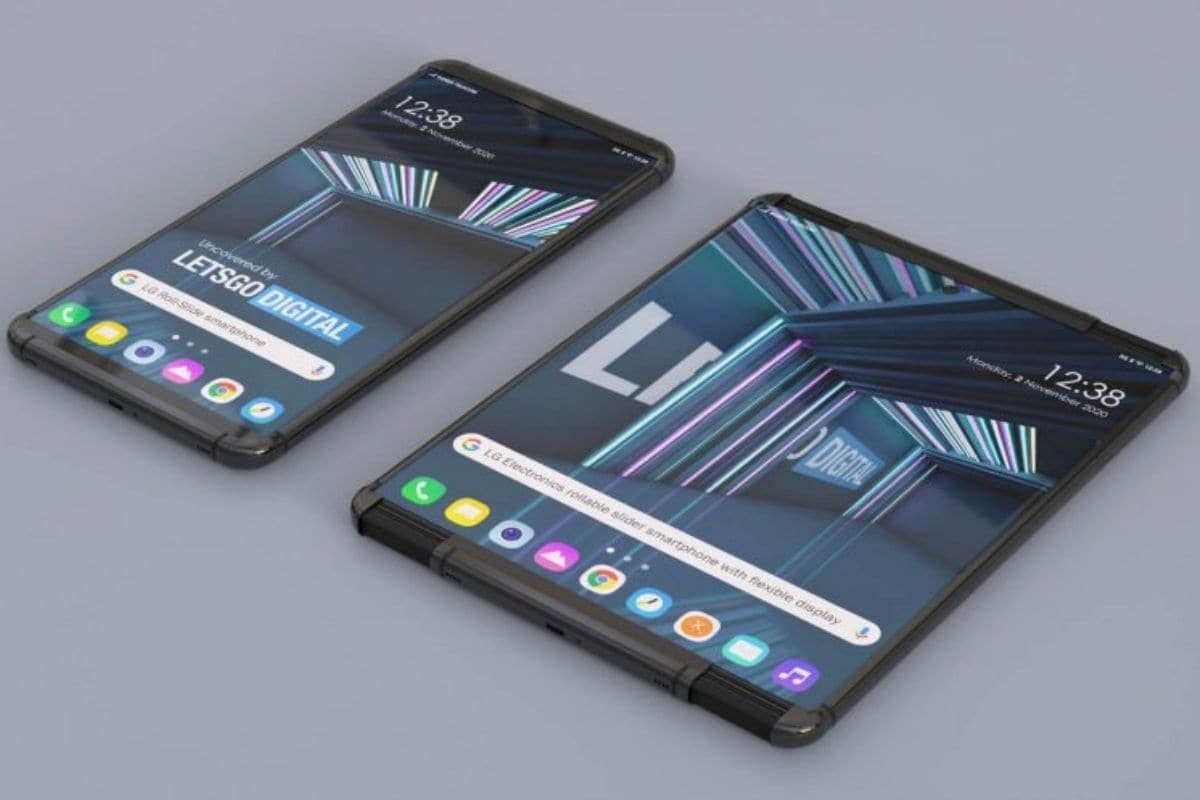