Fuchsia OS May Become Google's Answer to Both Apple and Microsoft

The mysterious Fuchsia OS is aimed at being one operating system for all device form factors, as well as being real-time and completely open source.

Google Fuchsia OS has been in development for years now, with the very secretive project having begun internally as early as 2015. Today, with its developer page going live and certain snippets of information coming to the forefront, Fuchsia OS has become a matter of even more interesting speculation. Still surrounded with reasonable secrecy, Fuchsia OS now has some information for us to use and speculate on what it is, what it could shape up to be, and exactly how big a role might it play in Google and Android's future.


The first and foremost factor that separates Fuchsia from other operating systems is its code base. Unlike Windows, Android and iOS/mac OS, Fuchsia is not based on existing open source kernels or foundation code architectures. Rather, it uses its own open source kernel, which can have far larger implications than just being a differentiating factor. It uses the Zircon kernel, which was initially named Magenta, as its base protocol, which means that it is functionally different from all the operating systems out there.

The second factor that highlights Fuchsia's importance is its modular structure, and its real-time, capability-based operating method. Fuchsia OS is being built by Google as an operating system that can adapt to practically any form factor of a device, and accept multiple input formats (touch, voice, gestures or physical inputs). Being a real time operating system further means that is is prepared for constant connectivity to the internet. This enables two further aspects -- one, system updates happening consistently in the background without user interference and improving safety standards, and two, the ability to interact with other devices within a network setup and maximising a smart things ecosystem.

Technically, this implies a sort-of super-OS that is compatible with the existing app ecosystems under Google's umbrella, can run on any embedded or mainstream system with interfaces that can be altered according to need, automatically patch system vulnerabilities with constant updates, and connect to devices of any form factor, thereby hosting a full environment of connected appliances. 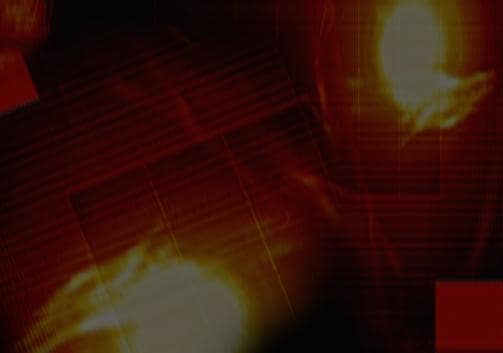 What this may mean for you


While Fuchsia may not necessarily even become a consumer-oriented operating system, the foundation stones laid down by it can have a considerable impact on devices that you own. Right now, there are no non-Apple systems that can offer a complete ecosystem of operating systems with tight integration for laptops, smartphones, tablets, wearables, smart speakers and televisions, and as a user, your best bet would lie in a combination of Microsoft's Windows, Google's Android/Wear OS and Amazon's Fire OS for all gadgets combined.

While compatibility between services have improved over the years, the seamlessness of the integration is still nowhere close to the kind of end-user experience that Apple manages to provide within its ecosystem. With Fuchsia, all that may soon change. As a consumer, you are looking at an OS that can be the working backbone of every device that you use in future -- be it a smart television, a connected bulb, or even your smartphone. It might not really send Android to oblivion, which Google might choose to retain as the commercial label for marketing and relatability factors should there be a larger engineering shift in the OS. But, it can establish a full ecosystem that is as tightly-knit as Apple's.

That said, Apple is not the only one on which Fuchsia might be aimed at. Of late, Microsoft's resurgence and eventual ascension as champions of open source compatibility has been well-documented. Under chief executive Nadella, it has done away with restrictive environments such as Universal Windows Platform, and instead opened up developer support for third party stores even for apps and services targeted at its own platform, Windows. Speculations across the internet have also suggested at a versatile real-time OS based on the Windows architecture, which combines Microsoft's open source strength with cross-device compatibility to create an OS that works always and anywhere.

It is this that makes Fuchsia OS' developments so important to the future of computing, because this may lead to a three-way race in the computing world, where each of Apple, Google and Microsoft's ecosystems are cross-compatible, and at the same time, fully self-sufficient. It is this that may also bring about significant changes to the way we work -- after all, haven't you always wanted the finesse of mac OS, the versatility of Android and the wide flexibility of Windows combined in one?