The one-chapter PvP demo we played of Breakpoint gives an interesting insight to what Ghost Recon wants to become in future.

When I sat down for a brief, 30-minute gameplay experience of Ghost Recon Breakpoint, the general vibe was that of apprehension. I was not entirely sure if this limited time gameplay glimpse would really give much to talk about. However, the pre-release closed beta of the four-player PvP mode gave an interesting glimpse of how one of Ubisoft’s prime properties have evolved in this new generation, and despite not being an extensive demo, it was one that gave plenty of cues as to what the full game would bring to the table, and what Ghost Recon wants to become in future.

First things first, Ghost Recon has played much store with strategic decisions, and with Breakpoint, the strategy you pick for your team match-up is more important than ever before. This is not a third party shooter where you can dive into the action and take down a barrage of enemies by sheer brute force – you are prevented from doing so by the game’s intrinsic design. Instead, it is now important to keep a keen eye on the map for the enemy markers, and take actions such as plan an invasion route ahead, well in advance. To do this, you now have drones, which play a much more important role than the ancillary ones in Ghost Recon Wildlands. In Breakpoint, the drones in question are crucial to your success, and in fact, actually makes the missions significantly easier. This particular change in element was always going to be important, since you now play as the fugitives, instead of being those out to hunt. Given this change, the need to strategise effectively becomes even more important. Bear in mind, that in Breakpoint, your strategies will make or break every move, and this is important, for if you die in the middle of a mission, you start all over again.

As a result, your mission of taking out the enemies begin with drone reconnaissance, where you identify the key areas to attack. Used effectively, it becomes significantly easier to plan moves as you can mark the enemy strongholds. In Breakpoint, the main idea is to use a mix of your group’s abilities, including sniping, close range fire, and backup cover. As a result, you almost certainly cannot push through in any mission without proper coordination between your teammates. Even in case of injuries, you will need to strategically take cover, for the healing elements to work.

The mission itself, which we played, was not very complicated. As a squad of four, you take down a first line of defense that manages to pull a few surprises by jumping out at you from nowhere. As an element of the gameplay design, I like the bit of urgency that is required in order to survive, although what I did not like was that at normal difficulty, the enemy resistance was a bit of a cakewalk. Uniformly, on-ground and airborne drones play key roles. Your foes, a group of soldiers named Wolves, are led by an ex-Ghost, Cole Walker, who now has a striking arsenal of technology-heavy warfare items that can strike you hard. Case in point are the on-ground drones, which we assume can be quite tricky to deal with in harder, more intensive missions. In our mission, we used our drone to survey the enemy base, and locate the room from which a key character is to be rescued.

Breakpoint serves a reminder that future warfare is going to be a lot about advanced technologies, although that does not come as any surprise. The overall graphics of the drone fleet are fairly realistic, barring patches which appeared to run bugs. However, the version we played was the E3 2019 gameplay preview, which is a very early preview, and hence, bugs and graphics disparities can be easily forgiven.

The ups and downs

To sum up, my first tryst with Ghost Recon Breakpoint was quite a good one, but still with a few qualms. To point out the good bits, Breakpoint’s strategy-driven third person shooter gameplay is something that I really like. It adds a layer of complexity above the core mission of the game — warfare — and serves to make the gameplay either more intense, or realistic, or maybe in other, more complicated levels, rather realistically complex. I also like the streamlined distribution of controls, the overall selection of weapons, and firing mechanism is easy enough to get accustomed to. 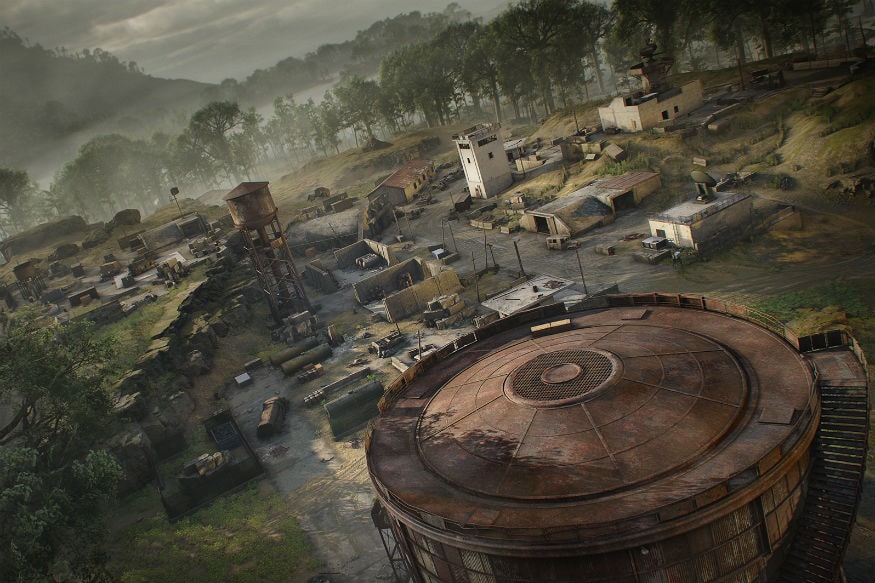 What I also like about Breakpoint is how characters react. Try jumping down from a rock too high, and you will hurt yourself and lose health, just how it is supposed to work in real life. Once you are hurt, you cannot simply plonk on a bandage and go about firing — you are needed to find a cool-down zone, hide and revive your health, like you would on an actual covert mission. There is also a sense of frustration upon being spotted by a ground drone, which stems from knowing that there might be far too many of these roaming about. The presence of the drones in the game lends further character to the way the game is to be played, which I quite liked as well.

As for the not-so-good things, while the mission objective had the requisite urgency, it lacked a bit of punch in terms of the difficulty of the achievement. While this might just be a single-mission, much of Breakpoint's critical acclaim will depend on how well it deals with giving gamers the feel of heightened urgency through its missions. Apart from this, while the overall graphics do pass off as good, they were not particularly stunning. Quite a few terrains and landscapes appear to miss a finishing touch, although this might be improved when Ghost Recon Breakpoint releases on October 4.

To sum up, Ghost Recon Breakpoint's closed beta offers an interesting insight into what might be a bit of a mixed bag within the gaming community. There's plenty to like in the game, which you will like from the onset if such things are your game. Ghost Recon’s vision of the future is clearly one that will have you coordinate with teammates better, while controlling gizmos with a deft touch. This is hardly surprising — on the contrary, expect even more games to take this route, going forward.