Degoo can be an interesting choice for smartphone photographers, who would not want to lose their high resolution Google Photos files, but do not wish to spend on storage, either.

Google Photos free storage is coming to an end later today, which means that from beyond midnight tonight (i.e from June 1), any amount of photos stored on Google Photos will count towards the total amount of storage you have available on your Google Drive cloud storage account. For users who have not subscribed for additional cloud storage, this means a 15GB file storage limit – and given that many users may have stored full size, high resolution photo files on Google Photos, this can spell trouble and chaos. In this situation, if you do not wish to pay for extra cloud storage and also don’t have the bandwidth to store all your files locally on an offline SSD or HDD (or even your phone’s flash storage), Degoo might be a surprisingly little known, but nifty choice to make.

Degoo: What is it, and storage sizes

Degoo is an interesting alternative to Google Photos, which offers a pretty smooth and functional platform for all smartphone photographers, without making things complicated. However, the one thing that it is particularly known for is its generous amounts of storage. At present, Degoo offers three tiers of membership for users –

As a result, Degoo is clearly defined as a cloud storage platform that aims to be a potential alternative to the most popular integrated file storage platforms such as Google Drive, Microsoft OneDrive or Dropbox. However, there are a number of key points that numerous users have raised over time criticising the platform. With mixed views about the platform in space, here’s what you need to know before choosing it for storing your photos. 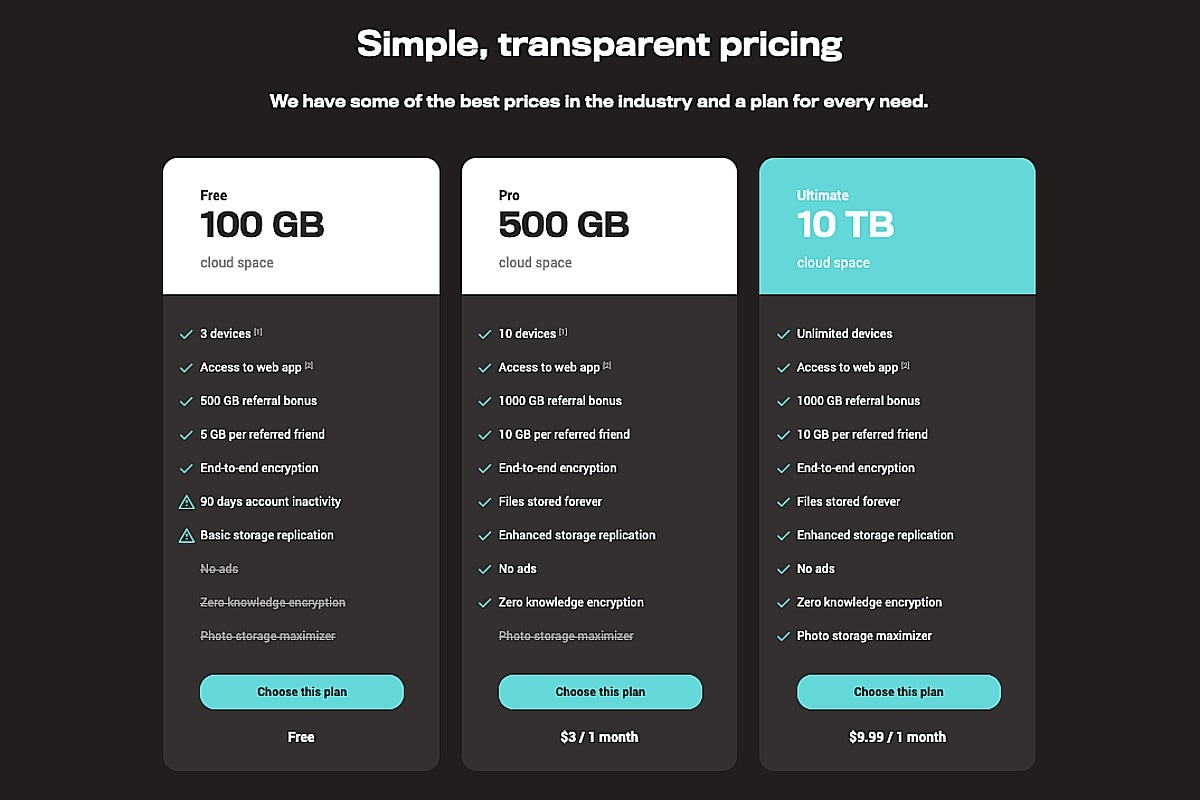 The bigger issue, however, is the security of storing files. With the free tier, users have complained about how numerous photos and video files are removed regularly, without any real prompt. The apparent reason behind this is to prevent copyrighted content from being stored on personal user accounts, but users have regularly written about how even content that are not copyrighted have been often removed from the platform. This makes it a highly inconsistent platform to use, which means that even with 100GB of absolutely free cloud storage being an attractive advertisement, Degoo can hardly be considered reliable.

This is only made worse because of rather underwhelming customer support on offer at Degoo, and most users have stated that despite multiple complaints, most content removals remain unanswered by the platform. The free Degoo tier also states that it would remove content after 90 days of inactivity, so reliability and security are both major concerns.

What other platforms should you consider?

All things considered, if you want a dedicated online storage platform for all your photos, there are a number of viable platforms for you to consider. On this note, do keep in mind that if you are only looking for free options, getting a better deal beyond Degoo is difficult. However, free services will always come with compromises, particularly on the security front – something that you likely wouldn’t want for your photos and videos.

Given that you are already invested in the Google ecosystem (if you’re using Google Photos), one of the most hassle free things to do would be to expand your Google Drive storage – via the Google One subscription plan. Plans start from Rs 130 per month or Rs 1,300 per year for 100GB storage, while the optimal 2TB storage plan for regular photographers costs Rs 650 per month (or Rs 6,500 per year). The Google One subscription will also give you bundled access to YouTube Premium.

Microsoft’s OneDrive offers a 100GB storage-only OneDrive subscription that costs Rs 140 per month. You can get 1TB cloud storage for Rs 4,899 per year, which comes with bundled access to Microsoft Office, auto-sync from PC or Mac, auto-backup of photos from phones, instant access cloud storage files and all other auxiliary benefits that Microsoft has on offer.

Among alternate platforms, pCloud is one of the safest cloud storage platforms that you can subscribe to. There are two storage tiers on offer with pCloud, both of which can be subscribed on annual basis. The pCloud Premium plan gives 500GB cloud storage for about Rs 3,500 (it’s on sale right now), and the pCloud Premium Plus plan offers 2TB storage for Rs 7,000 a year, meaning that its prices are almost comparable with Google’s offerings.