The renders also showcase the rumoured Google smartwatch, dubbed Pixel Watch with a round case. The watch crown is on the right side, and straps are shown in orange finish. If the rumours are true, we can expect the smartwatch to run on Google's Watch OS.

The Google Pixel 6 has been a part of the rumour mill for quite some time, and the next-generation Google-made smartphone is expected to debut at the Google I/O event, scheduled later this month. Ahead of the official announcement, tipster Jon Prosser is back, claiming to have Google Pixel 6’s live images. However, to protect his source(s), the tipster claims that he recreated high-resolution renders of the phone in collaboration with Ian Zelbo (@RedersbyIan). The high-resolution renders of the “actual” Pixel 6 showcases a completely new design over the previous-gen Pixel 4 and Pixel 5. Notably, Prosser adds that Google is also planning to include a Pixel 6 Pro in the lineup, ditching the traditional ‘XL’ moniker for the top-end devices. The renders further highlight the vanilla model will continue to carry dual rear cameras, while the Pro variant will have triple cameras.

Starting with the design, the Google Pixel 6 Pro and Pixel 6 are shown with a hole-punch flat display with a single selfie camera and slim bezels. The sides of the phones appear thicker with the power button and volume rockers on the right side. The duo is tipped to carry an in-display fingerprint sensor for biometric security (may also support face unlock). The rear cameras are now horizontally aligned inside a distinct camera module. The phones feature two-tone colour comprising orange and white. Prosser does not highlight any of their specs, but the third camera sensor on the Pro model indicates the addition of a telephoto camera to enable magnification – a common feature among Samsung and Huawei flagships. Last month, a separate report claimed that the Pixel 6 would be the first Google handset to be powered by the company’s custom “GS101” Whitechapel SoC. Google’s internal documents reportedly highlighted that ‘GS’ moniker in the chipset refers to ‘Google Silicon.’ 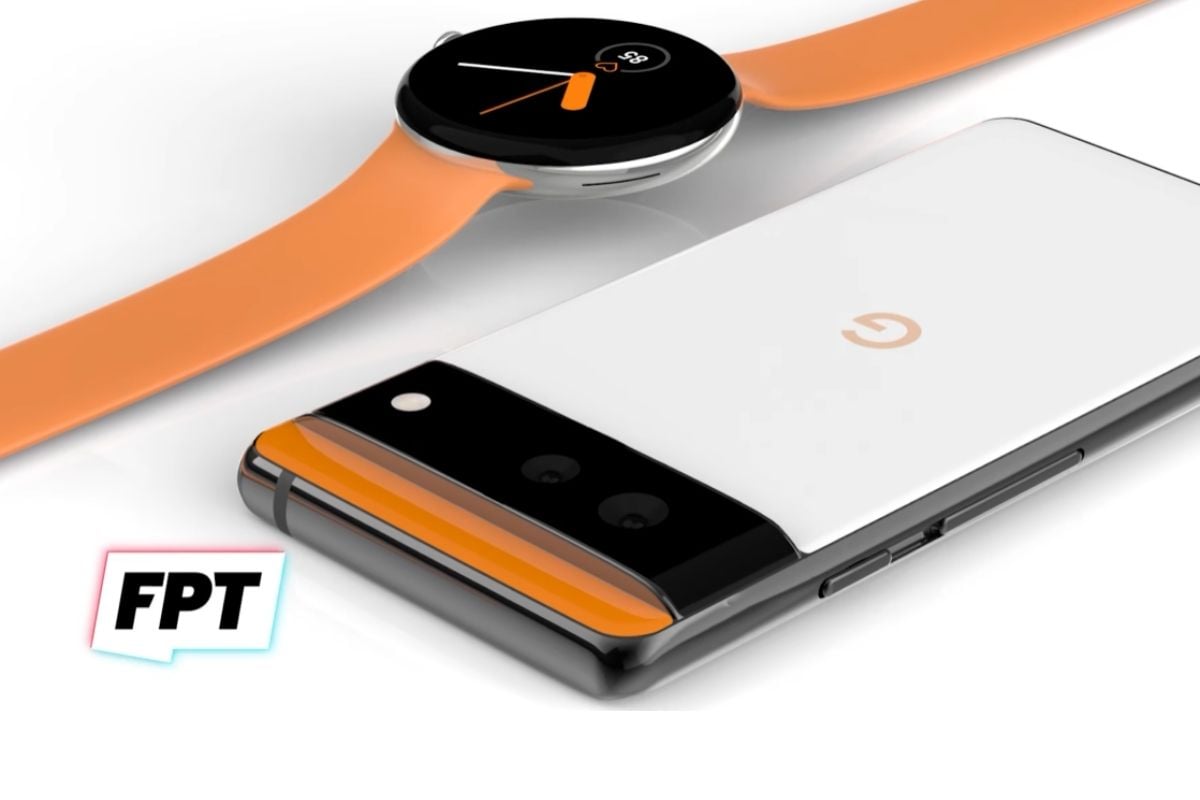 The renders also showcase the rumoured Google smartwatch, dubbed Pixel Watch with a round case. The watch crown is on the right side, and straps are shown in orange finish. If the rumours are true, we can expect the smartwatch to run on Google’s Watch OS. Prosser, recently leaked the alleged design of the next Apple MacBook Air with M2 chipset, as well.