It has been 10 years of having Android in smartphones, and things haven’t been the same since the G1 arrived back in 2008. Now you can find Android on smartwatches, smart speakers, gaming consoles, steaming devices and smart TVs.

That was a simpler time. Back in 2008, a phone with a slide-out keyboard made a style statement. We are talking about the G1, the first phone to run Google’s smartphone operating system rival to Apple’s iPhone—and it was called Android. It still is called Android. It has survived a lot in the past 10 years and has evolved from being a rough-edged, sometimes eccentric and geeky alternative to the iPhone, into something that is the most popular (read, most used) smartphone operating system in the world.

Android started out in life as the heart and soul of the G1 smartphone. Not the most beautiful introduction, in a phone that was bulky, had a slide out keyboard, a trackball, and oh, it didn’t have a headphone jack. It ran Android 1.0 which was designed to be an alternative to the iPhone OS, as it was called then. It wasn’t a phone for everyone and was available only on the T-Mobile network. But importantly enough, it ran apps such as Google Talk, AOL, Yahoo Messenger, and Windows Live Messenger—all very popular in the pre-WhatsApp and pre-Facebook Messenger era.

The Google Play Store, then known as Android Market, to download more apps arrived an year later. Apple had already released the App Store for iPhones a few months prior.

It was also in 2009 when Motorola really gave Android the boost it perhaps needed at the time. The company’s super sleek Razr phones were fresh in the consumers’ minds and the Droid line-up of phones brought Android in a slightly sleeker form factor than the G1 did, had better specifications and was also pushed by cellular company Verizon.

Palm, a popular phone maker making devices for the more serious looking professionals, started to feel the pressure of an open-source operating system that offered significant opportunities for apps, customization and the phones running it didn’t exactly cost an arm and a leg.

In 2010, the Android ecosystem really started to expand. After the G1’s sort of success, Google and HTC teamed up again for what was known as the Google Nexus One phone. This was the first Nexus phone, a line-up that later evolved and attained cult status—clean Android and instant updates were its highlights. This got an OLED display, had a slightly better design than any of the Android phones before it, and set about to try and give the iPhone a scare. While that didn’t exactly happen, it did make the full-touch phones cool. Apple would soon release the iPhone 4, which pretty much reset the performance and experience benchmarks by a huge margin—but the seeds for success had been sown. Now that the initial jitters were out of the way, Android pretty much saw the support from the likes of HTC, Motorola, Samsung, Sony, LG, and more, in the coming years. There were high-end phones with top-notch specs, there were more affordable mid-range phones and then there were the truly affordable phones too. And it is this sort of variety, options for different budgets and the ability to run pretty much any app you wanted, is what made Android so popular with almost anyone upgrading from a feature phone or a Symbian based smartphone. That sort of variety, phone maker support and the ever improving experience has now become the norm.

Google always contented that an open operating system meant pretty much anyone could develop apps for it. That meant Google could get a lot of hardware partners on board, app developers were enthusiastic about the potential and phone makers saw the customization ability as a chance to carve out a unique identity for their phones. Cue ‘skins’, which were one of the distinguishing factors. You would know a Samsung phone from an HTC phone, simply with one glance at the on-screen interface.

That was, and still remains, a complete contrast to the ethos that Apple has followed over the years. The iPhone is a close-knit and tightly controlled experience between the hardware running inside the phone and the software designed to drive the user experience.

Apple’s ideology has been criticized by many as being restrictive, but every time an Android malware problem becomes known, or there is the discussion about the issue of Android fragmentation, a begrudging agreement is put in place, that Apple’s tactic does work well.

One of the reasons for its longevity is Google’s persistence with it, which at times was bordering on obstinacy. And that has worked. Anyone who didn’t, perished. The Symbian operating system, which was popular with the Nokia phones at that times, perished. Palm OS perished. BlackBerry fought for a while but perished despite the ill-fated attempt at BB10. And then there was Microsoft’s attempt at making a smartphone operating system—Windows Mobile. The subsequent morphing into Windows Phone didn’t help much either. Soon, it was gone. Probably because even though Windows Phone had fans who liked the tile-based interface a lot, those people still went and bought and iPhone or an Android phone when it came to be spending their own money. That aside, all these platforms were too slow to respond to the ever-changing performance and experience benchmarks being set by Google and Apple during this time.

As we sit here, ten years later, the smartphone landscape has completely changed. The iPhone still sets the experience benchmarks, and anyone who has the money, ends up buying that anyway. But even within the Android ecosystem, a lot of churn has happened. Samsung remains the undisputed Android leader, but a number of Chinese phone companies including Xiaomi, Huawei and Oppo, to name a few, have really taken the space by storm. OnePlus, another Chinese phone maker has popularized the concept of “flagship killer” phones, though they have vacated that plinth with their recent few premium phone launches. Nokia is back, and their phones now run Android. BlackBerry is back too, with phones that run Android. 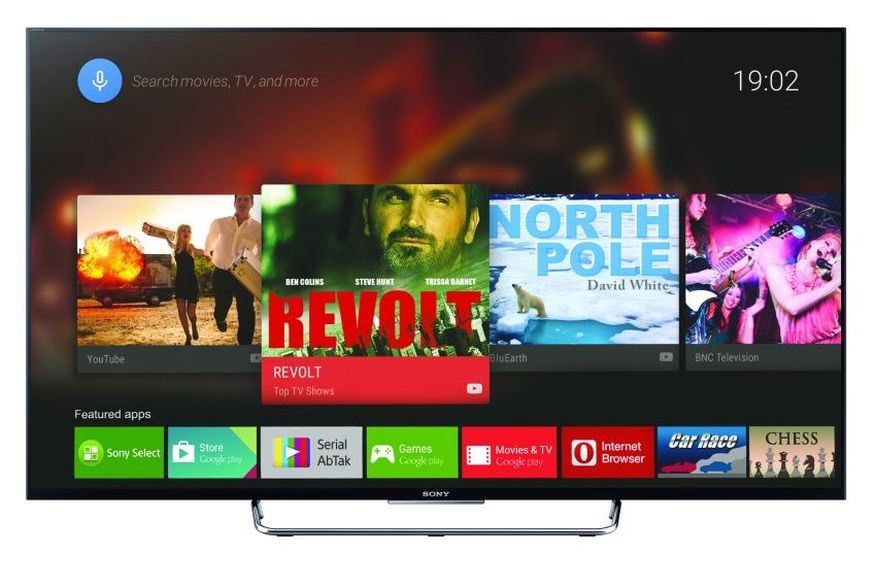 At a time when massive innovations in smartphones aren’t happening anymore, the focus has instead shifted towards making the experience better. Android is now in smart watches, smart speakers, gaming consoles, steaming devices and even smart TVs. Android, as it turns out, is no longer reliant on just smartphones anymore.