The latest Honor smartphone has ample features to flaunt and all at a budget of Rs 10,999. We have been using the device for over a month now and here's our review of the latest from the house of Honor.

Honor a sub-brand of Huawei has been very proactive in the year 2018. In January itself the company has gone ahead and launched two smartphones for the Indian smartphone buyer and that too in two different price brackets. The Honor View 10 was the first one to come from the company that gave consumers a taste of AI at a price point of Rs 29,999 but the second phone Honor 9 Lite is something that everyone was waiting for. Honor 9 Lite just concluded its 4th flash sale on 30th January 2018, the phone according to the company was sold out in just 120 seconds. The Honor 9 Lite has sold out in all the previous three flash sales within few minutes and set sale records in the first sale on 21st January midnight. The new smartphone was sold out in just 6 minutes in the first flash sale and to ensure Indian consumers get their hands on the device, Honor had extended the sale with a second flash sale till 12 PM on 21st January, which also got sold out in 3 minutes. In the 3rd flash sale on 23rd January also, the Honor 9 Lite was sold out in just 120 seconds. So what makes this device so popular? We find out in our review.

The Honor 9 Lite is available in two variants, 3GB RAM/ 32GB internal storage and 4GB RAM/64GB internal storage for Rs 10,999 and Rs 14,999 respectively. Now, there is a huge gap in the price points of both the variants considering the budget smartphone market scenario in India. What most are looking for is a smartphone that's reliable in the minimum possible price. For the price of Rs 10,999, the Honor 9 Lite is one beautiful looking smartphone. It’s an all-glass smartphone and is way shinier than any other handset that it competes within the market. This is because the rear of the phone is literally a mirror, so clicking selfies with the rear camera module of this device would also not be a problem for many millennials. However, the front of the smartphone comes with an almost bezel-less design. Being an all-glass device, it attracts a lot of fingerprints and you will have to be a bit careful as it is a bit slippery. The unibody design is sleek and has a great visual appeal. Being a budget device, it is easily able to carry an elegance that only a few smartphones can boast. Honor 9 Lite features a 5.65-inch Full HD+ FullView display with an 18:9 aspect ratio. The resolution offered by the display is at 2160x1080 pixels. This undoubtedly makes the Honor 9 Lite a treat for people who love streaming content from Netflix and Amazon Prime. The sunlight legibility of the display is also decent, however, we feel that it could have been a bit better. The viewing angles are also great and the 18:9 aspect ratio is something that many smartphone makers don't offer in their budget devices. The Honor 9 Lite in terms of display is a delight to use. The Honor 9 Lite is powered by Honor's own HiSilicon Kirin 659 octa-core SoC, with four cores clocked at 2.36 GHz and the other four at 1.7GHz. The company claims to have improved the system response rate by a factor of 65 percent and ensure 50 percent smoother operations on the Honor 9 Lite through its 16nm octa-core CPU. In our usage, the device runs like a dream. It's especially great to multitask as well as game on. For a Rs 10,999 device, we were quite surprised by the performance of this smartphone. Honor also has not waited to bring the latest Android experience to its users, even in its budget offering. The Honor 9 Lite runs Honor's own UI - EMUI 8.0 on top of the latest Android Oreo 8.0. This will also give users features like picture-in-picture, smart text selection and many more. So, overall the new Honor 9 Lite is a device that's up to date with all that one would want on a budget Android smartphone in 2018. This is also a device that comes with four camera modules on it. Honor 9 Lite features a dual lens camera setup at the back, with one 13-megapixel primary lens and a 2-megapixel secondary lens. In addition, the primary camera also features PDAF, Fast Focus as well as an LED Flash. Cumulatively, the primary camera on the Honor 9 Lite is a delight to use. The focus is fast and the bokeh effect is also decent for a budget smartphone. The device produces some really crisp and sharp images and the video quality is also good on this device. Honor seems to have made no distinction between the device’s front and rear cameras. The selfie shooters on the Honor 9 Lite carry the very same configuration as on the rear cameras, a 13-megapixel lens along with a 2-megapixel lens for a depth effect. A big bonus as users can now get a Bokeh effect on their selfies as well. This set up makes the Honor 9 Lite one of the best selfie camera smartphones on a budget. The bokeh effect is quite impressive on the selfie camera of the Honor 9 Lite.

The Honor 9 Lite has it all on paper but what most of the users would like to buy is the 4GB RAM and 64 GB storage variant. Now that is priced at Rs 14,999 and in that price range, the user is spoilt for choice. This does not mean that the 3GB RAM and 32GB ROM variant is a bad buy, in fact, it's quite the opposite. Honor 9 Lite also comes with just a 3000 mAh battery on it and though on paper you might feel that it's enough, in reality, it is not. The only Achilles heel for the Honor 9 Lite is its battery. For us it barely lasted us a day, that's also because of Android Oreo and the large 18:9 aspect ratio display juicing out this device really fast. Also, you still get a micro-USB connector on this device and not a USB Type-C which for a Rs 10,999 device is fine but not for a Rs 14,999 device in 2018. We also love the all glass finish at the back of the Honor 9 Lite, but that fingerprint sensor placement at the back kind of ruins the overall look for us. We would have loved if Honor put the fingerprint sensor on the 9 Lite upfront like how they did with the Honor View 10. 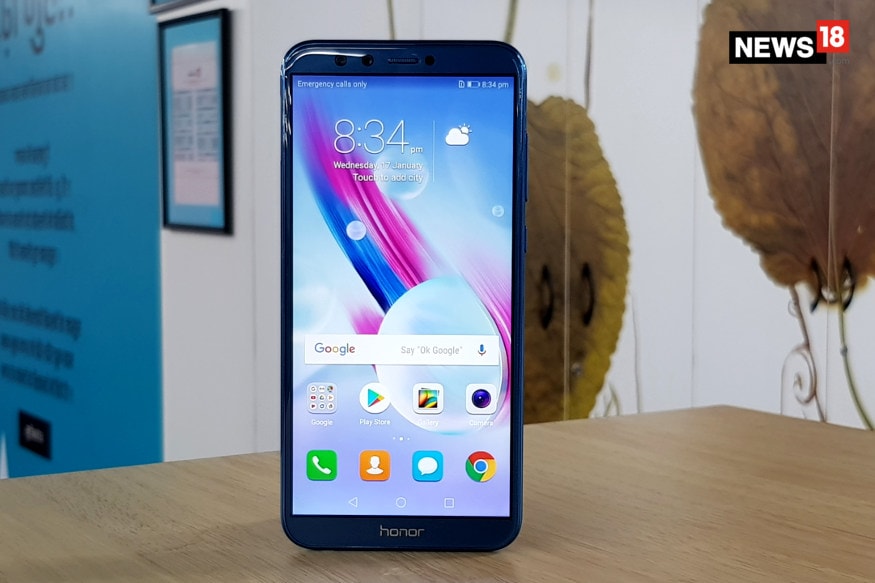 Honor 9 Lite is a smartphone that has it all. It has looks, performance, cameras, latest Android OS, the works. At a price point fo Rs 10,999 there is no better phone than this right now in the Indian market, however, if you plan for the bigger variant you still do have options like the Xiaomi Mi A1 that offer you a stock Android experience. Having said that, for people on a budget the 3GB RAM, 32GB ROM variant of the Honor 9 Lite is one complete budget Android smartphone that not only does the job, but also looks way more premium than any other device in this price range.