Home » News » Tech » HP Laptop 14s Review: Laptops With 4G Are Cool In The WFH Age, And This Leads The Way
8-MIN READ

HP Laptop 14s Review: Laptops With 4G Are Cool In The WFH Age, And This Leads The Way

Laptops are back in vogue. And how. All those estimates and research numbers and analysis about the smartphone and convertible computing devices replacing the PC as a work tool and laptops being the unnecessary and avoidable stage in the evolution, have been turned on their head. With millions around the world still working from home as the world comes to terms with the Coronavirus pandemic, the need for laptops to get work done, is more urgent than ever before. Almost all laptop makers have seen a spike in laptop demand over the past few months. Those “that’ll-do” old and slow laptops don’t cut it anymore, when the boss wants a report urgently. The reactions have been as you would expect—new launches, more offers to entice potential customers and easier availability on the online and offline stores. However, HP has really taken the game forward with an added connectivity feature which could make life easier for many who may not have a reliable broadband connection at home, or in fact, no broadband at all. Yes, 4G LTE integrated in the laptop itself.

HP is adding three laptops to its line-up in India that integrate 4G LTE connectivity. The HP Laptop 14s with the Intel Core i3 processor and the HP 14s with the Intel Core i5 processor which are now available for Rs 44,999 and Rs 64,999 respectively, while the HP Pavilion x360 convertible will sport a price tag of Rs 84,999. Mind you, the 4G LTE connectivity in laptops isn’t exactly new. But thus far, its utility and uptake were restricted to the enterprise-focused laptops. Those cost significantly more too. At this time, the HP Laptop 14s doesn’t really have any rivals, if 4G capabilities are what you really need—these are the most affordable laptops with the integrated LG LTE capabilities at this time. Having 4G LTE in your laptop isn’t as complicated as you may imagine. Basically, the laptop has an integrated SIM card slot and an LTE modem that allows you connect to a mobile network for data. Much like how you may have seen or used an Apple iPad or other Android tablets that may have also had the 4G LTE connectivity option

As far as the looks go, there is absolutely no way for anyone to guess that your laptop has a secret superpower. This looks pretty much like any other HP laptop, and by that, I have to note that this is a rather classy and sophisticated design. There are straight lines and there are rounded edges and yet, there is a nice symmetry to the whole thing. It is built well, with just the HP logo on the lid and a nice brushed look to the palm-rest area. The keyboard gets the same Natural Silver colour as HP calls it, and there is that sense of cheerful personality that is usually missing in laptops meant for work. There is definite slimming down of the bezels around the display, particularly to the left and the right of the screen.

No shortage of ports either. There are two USB 3.0 ports, one USB-C port, an HDMI out, a 3.5mm headphone jack and a SD card reader. You still have a conventional power port because the USB-C is only for data and not power delivery. This tips the scales at around 1.5kg and you really wouldn’t have a problem carrying this around once the world hopefully becomes better and you can travel again.

And then there is the SIM card slot on the right-side spine. No complications. Simply press inwards for it to pop-out, set the SIM card on the tray and slot back in.

How Does 4G Work On A Laptop?

Having 4G LTE in your laptop isn’t as complicated as you may imagine. Basically, the laptop has an integrated SIM card slot and an LTE modem that allows you connect to a mobile network for data. Much like how you may have seen or used an Apple iPad or other Android tablets that may have also had the 4G LTE connectivity option. In HP’s case, they are using the Intel XMM 7360 4G LTE6 hardware with the 10th generation Intel Core processors. You simply slot in a SIM card into the laptop, allow Windows 10 to configure it for you and that’s it—you get connected to the mobile network of your SIM card provider, for data access while at home or on the move. If Windows 10 cannot, you’ll have to go to the Network Settings and enter the APN details for your mobile service provider, which will allow the SIM to connect to the data network.

Any SIM card will be compatible with the 4G LTE connectivity that the laptop provides. As long as you have a valid prepaid recharge or an active postpaid billing plan that also offers data, you are good to go. That means in India, you can use any Airtel, Vodafone or Reliance Jio SIM card with the HP laptops. There is no restriction on any prepaid recharge pack or bill plan. Everything will work seamlessly.

What you will need to be careful about is the data usage when you are on a mobile network. During testing, we realized that it is quite easy to exhaust as much as 1.5GB data in just a couple of hours of web browsing and article uploads on the content management system. Ideally, if this is what you need, look for the highest daily data bundle options from Airtel, Vodafone or Reliance Jio to provide a comfortable usage buffer. 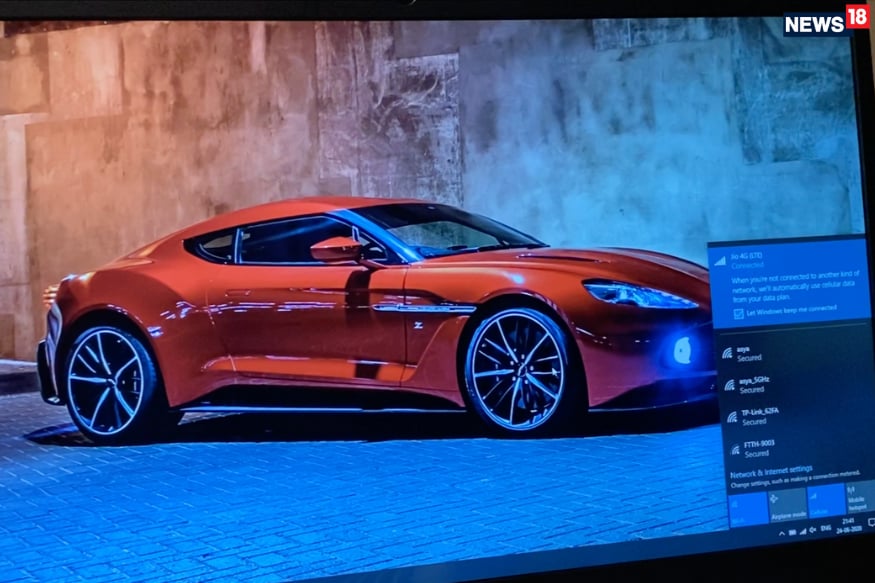 The 14-inch Full HD display ticks off most boxes on the checklist. It is bright, it has fairly good viewing angles and colours look good on this. It is a tad reflective though

Performance: You’ve Seen It Before

You get the HP Laptop 14s in two avatars—one powered by an Intel Core i3 processor and one powered by an Intel Core i5 processor. What I am testing here is the latter, the 10th generation Intel Core i5-1035G1 with clock speeds up to 3,6GHz, and this part of the Ice Lake family of processors. You have to look for the HP Laptop 14s-er0003tu model to get this exact configuration. For most mainstream laptops in this price range, that processor type paired with 8GB RAM is par for the course. What you will get all through is consistent performance. Interesting enough, the HP Laptop 14s gets a 256GB SSD to go with a 1TB HDD. The former is designed to make everything faster, since SSD are much quicker when it comes to data read and write speeds compared with conventional hard drives. You should not expect, and you will not get extraordinary fast performance, but what you will get is the experience of using Windows 10 that doesn’t involve frustrating stutters or inexplicable slowdowns.

The thing is, HP stills tends to preload a lot of apps and bundles in laptops that it sells. It is not a unique problem, because most laptop makers do the same. The best course of action would be to uninstall what you don’t need, and let the resources be freed up from potential unnecessary use.

Battery life is quite robust too, with around 6 hours of backup on offer when used as a primary machine for work tasks while at work from home. If you are a bit more careful with the Google Chrome or Microsoft Edge tabs as well as the screen brightness, this can creep up closer to the 7-hour mark on a single charge.

The 14-inch Full HD display ticks off most boxes on the checklist. It is bright, it has fairly good viewing angles and colours look good on this. It is a tad reflective though and isn’t exactly a matte screen. If you have irritating overhead lights in office, they will probably reflect back in your eyes. The workaround is to stay away from darker wallpapers and the dark mode for apps, with white and brighter backgrounds also reducing the reflectiveness a bit 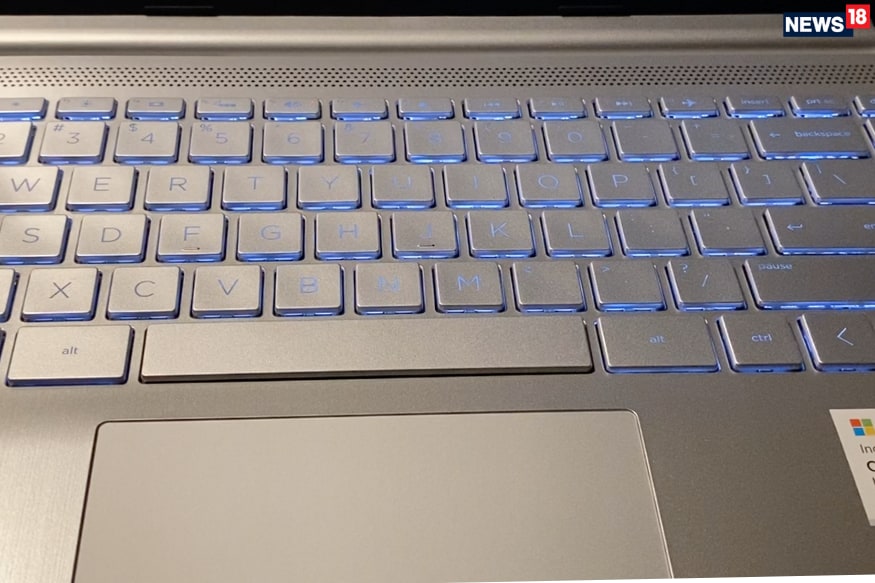 You will get the hang of this keyboard in no time, which is great if you have to churn out a lot of written word, and time is running out

Keyboard: As Good As The Experience Can Be In The World Of Windows 10

Keyboards and the typing experience have always been one of the strong points of HP laptops over the years. The key size, spacing and the responsiveness of the HP Laptop 14s keyboard is no different. It is just very easy to get used to it, even if you are switching from a 15.6-inch laptop, and the key press elicits a consistent response. You will get the hang of this in no time, which is great if you have to churn out a lot of written word, and time is running out.

The Last Word: The Beginning Of A New Era For Laptops

Laptops and productivity are a match that is being rediscovered by many who had been fed the whole spiel about convertibles and tablets and smartphones killing off the laptop as we know it. The fact that the laptop becomes even more versatile and mobile with 4G LTE integrated means you can get more work done without stressing about inconsistent Wi-Fi at home or struggling with a mobile hotspot while traveling. Convenience is topped off nicely with the HP Laptop 14s delivering on the performance front as well, and the looks too. 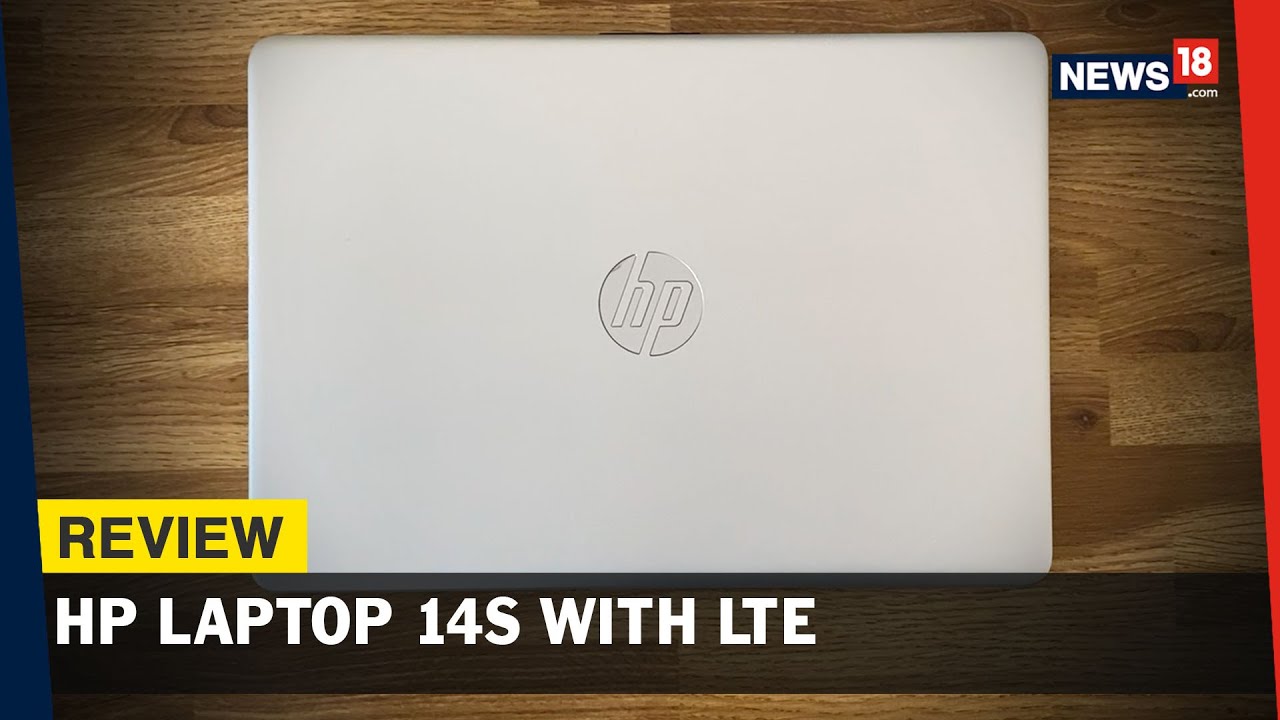