A Wi-Fi Mesh system is worth the investment, if work from home is a reality for you. Also, when you are paying a premium for a 200Mbps or a 300Mbps broadband line, why not be able to best take advantage of the experience while streaming 4K HDR content on Netflix and Amazon Video.

Wi-Fi coverage is one of those things that you really don’t want to pay attention to. Your home broadband Wi-Fi should just be a simple blanket that covers your entire home seamlessly, and no matter whether you are trying to stream Netflix on your TV or attempting to work in another room or trying to do a video call with friends from your bedroom, internet is expected to just work. But it is not as simple as you are probably expecting it to be. It just doesn’t work that way. For some strange reason, you will just not get good enough Wi-Fi signal in one part of your home, no matter what you try with router placement and diving into the band settings and what not. Our default reaction to any Wi-Fi speed or coverage drop is to immediately blame the ISP, or the internet service provider. We believe that our 100Mbps, 200Mbps, 300Mbps and 500Mbps lines are not delivering the promised speed. We are being shortchanged. Curses follow in generous doses. But hang on. Conventional routers, like the one you are probably using, has its own serious limitations that you are probably ignoring. Even more so if it is a really basic one, particularly that your ISP would have given you. There will be limitations on range, the speeds it allows on Wi-Fi and well, the quality of connectivity too.

But why does a conventional router struggle in most homes? Wi-Fi routers essentially create a circular coverage area of wireless signals. That is, from where they are placed. It is quite likely that you would have kept the router against a wall, or at least on one side of the room. That immediately limits almost half of that circular ring of internet coverage that you may potentially get. Well, you really cannot place a Wi-Fi router in the middle of your living room or bedroom, after all. This is because the internet wire line coming into the house usually is on one side of a room. And homes are not designed in straight lines or perfect circles or ideal squares. For many years, the only real option that many used to overcome this was to use a Wi-Fi Extender. A simple search on Amazon.in or Flipkart.com would give you so many options that claim the world. But the reality is, extenders latch on to your existing Wi-Fi signal from the router and amplify it to another part of the home. This is easier said than experienced, because setup is often clunky and complicated. And almost always, there are significant speed drops.

Back to square one then?

Not so fast. We have had these Wi-Fi Mesh systems for a while now, but it is a fairly recent trend that people are realizing their importance. More so because they are spending longer working on the home broadband line and now realize when and where it works, and when and where it doesn’t. They are called Wi-Fi Mesh systems and they are a combination of multiple Wi-Fi units that can be placed at different places in your home to ensure seamless connectivity all through. You need to hook up the primary unit of a Wi-Fi system to the internet line to get this going. The additional units, known as satellites, are linked wirelessly to the primary unit—they have their own dedicated backhaul channels for communication, which minimizes speed drops that repeaters otherwise struggled with. These satellite units can be spread across your home as required, where Wi-Fi signals tend to be weak, for seamless internet coverage.

The Wi-Fi Mesh systems are quite simple to set up, and in fact, most are just plug and play, doing all the complicated work themselves. You can monitor and manage these with smartphone apps and there is no loss of internet bandwidth as the signal shifts from the base unit to the additional units. I made the switch a while ago, after having reviewed Wi-Fi mesh systems from various brands over the past few years. The idea appealed to me, and it is an investment I would very much recommend. Place the additional nodes in the farther corners of your home, and what you get then is seamless coverage. No more Wi-Fi dark zones, no more speed loss, no more devices getting dropped off the network because of poor signal and no more pulling your hair out.

If you need to get started with a mesh system for your home, here are two very good mesh systems that can be used to envelop your home with the goodness of reliable, unbreakable and fast Wi-Fi connectivity that you are anyway paying for.

The Linksys Velop Wi-Fi Mesh System, which started out with the dual-band mesh system and then added a faster tri-band system as well. You pay around Rs 7,999 onwards for the dual band setup or around Rs 16,399 onwards for the tri-band system, depending on the deal you can snare. What you get is coverage of up to 3,000 square feet of indoor space with the dual band setup. This dual-band setup offers the 2.4GHz band that goes up to a maximum of 400Mbps speed and a 5GHz band that does up to 867Mbps speed. Good for internet lines around 500Mbps speeds. The tri-band Velop combines for 2200Ghz (2.4GHz + 5GHz + 5GHz) and can cover up to 6,000 square feet of indoor home space. The Linksys app (free for Android and iOS) is quite slick to use as well. 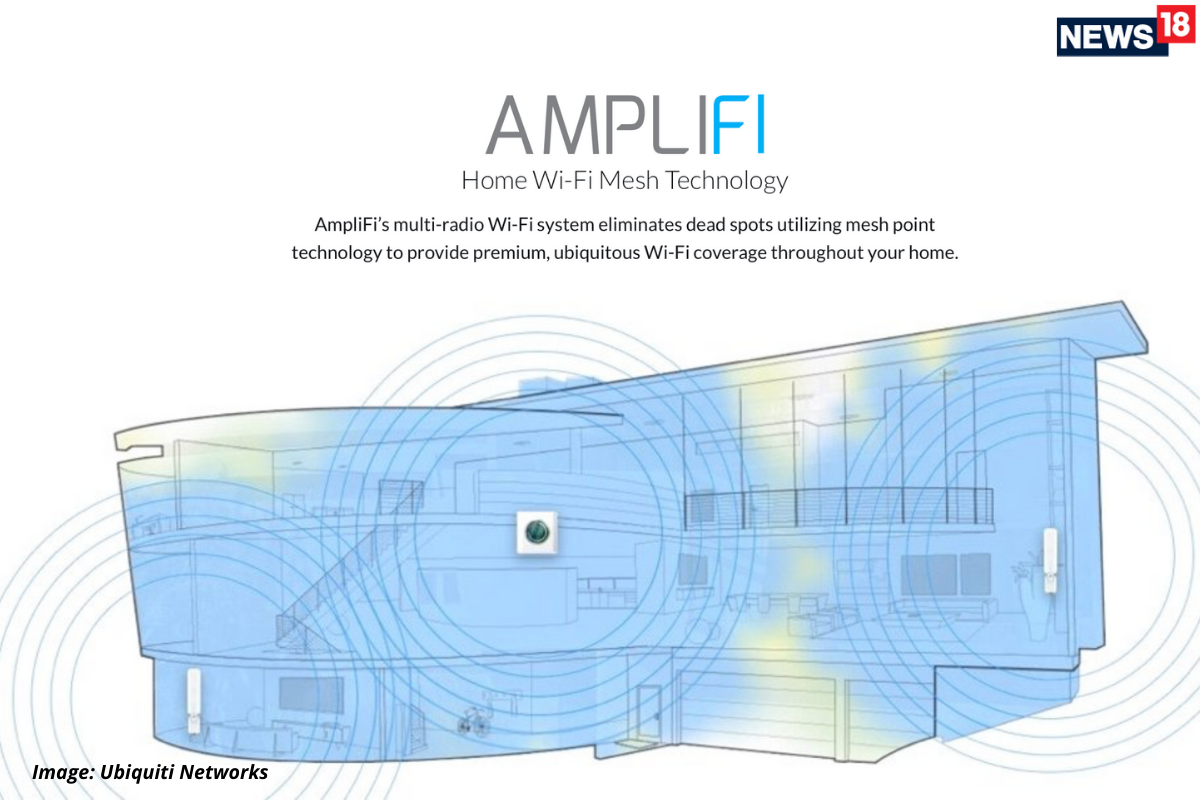 My personal favorite has to be the Ubiquiti AmpliFi HD. For most homes and apartments, just the AmpliFi HD mesh router will do the job, and that will cost around Rs 15,549 when it arrives in India. If it is a larger indoor space that you must cover, then the AmpliFi HD system with two wireless super mesh points will cost around Rs 36,799. You can check out the complete range on the Ubiquiti India store. The AmpliFi HD system when connected to a 300Mbps line on 5GHz Wi-Fi, delivers between 310-330Mbps download and 305-315Mbps upload speeds—significantly higher than any other system that attempts to rival it. I later confirmed with the ISP, and that they had indeed configured the line for extra headroom to factor in for the Wi-Fi bandwidth losses, so that users get close to 300Mbps even with comparatively inferior routers. It means that on this line, the Ubiquiti AmpliFi HD was losing only about 10-15Mbps of bandwidth, much less than what most other routers lose out on. Now that, whichever way you look at it, is absolutely brilliant.

The thing with Wi-Fi Mesh systems is that once you get used to the seamless internet coverage across your home, switching back to a standard router which just doesn’t cover the farther corners as well just feels incomplete. That is the reason why I firmly believe a mesh system is worth the investment, if work from home is very much a reality for you. Plus, when you are paying a premium for a 200Mbps or a 300Mbps high speed home broadband line, why not be able to best take advantage of the experience—while working from home or while streaming 4K HDR content on Netflix and Amazon Video.