In a First, Israel Has Responded to a Cyber Attack With an Air Strike on Hamas in The Gaza Strip

This could indeed be the very first time a digital attack has been responded to with the full might of the military.

This could indeed be the very first time a digital attack has been responded to with the full might of the military.

The geo-political dynamics around the world have led us to a stage where cyberattacks are being considered with the utmost of urgency and priority by governments. Israel has confirmed that they have responded to a cyber-attack with full military power. The Israeli Defence Forces have said that they launched air-strikes on a building which is believed to have housed Hamas digital warfare operatives. The building was located in the Gaza Strip, which Israeli fighter jets have now destroyed.

“We thwarted an attempted Hamas cyber offensive against Israeli targets. Following our successful cyber defensive operation, we targeted a building where the Hamas cyber operatives work. HamasCyberHQ.exe has been removed,” said the Israeli Defence Forces on Twitter. The details of the cyber-attack reportedly launched by Hamas isn’t available yet. However, the IDF says that Hamas no longer has the capabilities to launch another cyber-attack, in an official statement. 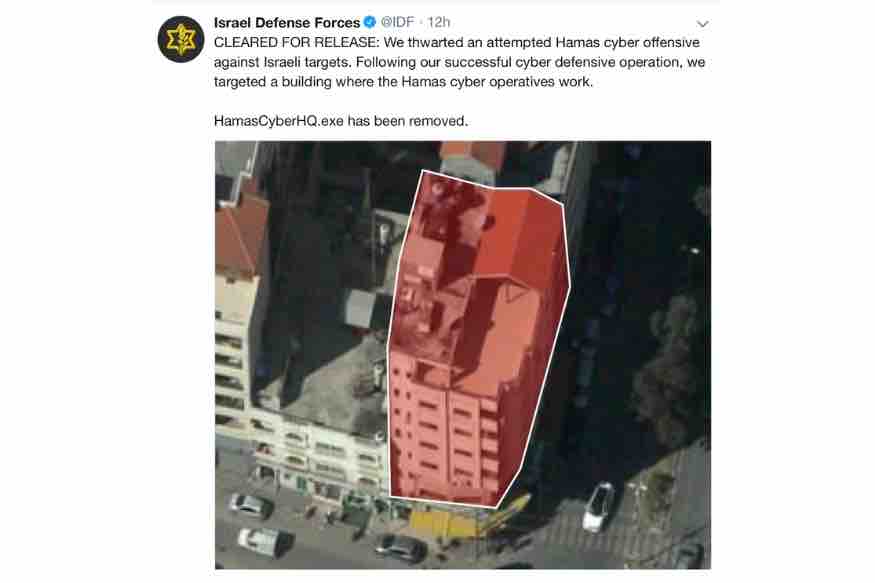 This comes at a time when cyber warfare is gaining even more significance, and many countries are weighing in on multiple response mechanisms. Israel’s response to the cyber-attack on its virtual networks could in a way set a new benchmark for responding to digital warfare that could be designed to compromise the national security of any country. The closest any country has come to taking such a step earlier was back in 2015 when the US launched a drone strike against terror group ISIS after a cyber-attack leaked the personal details of US military personnel online.