News18» News»Tech»Infinix Note 10 Review: Massive Display To Play With, If You Can Tolerate The Software Clutter
8-MIN READ

Infinix Note 10 Review: Massive Display To Play With, If You Can Tolerate The Software Clutter

The Infinix Note 10 is priced at Rs 10,999 and Rs 11,999 for the two available configurations. Given the price, the Infinix Note 10 goes into direct competition with Redmi Note 10, Realme 7i, Samsung Galaxy M12, Moto G30, and the likes. However, is it better than any of them?

When it comes to affordable smartphones, by far the most popular and indeed the most aggressively fought price demographic in the Android smartphone space, chances are that most consumers would have a top of the mind recall for a certain set of brands. These may include Xiaomi, Vivo, Realme, Samsung, Motorola, Nokia, even Micromax, considering the aggressive Made in India pitch the company has made. One phone maker that you may not immediately have on your shortlist is the Hong Kong-based brand Infinix. You wouldn’t be wrong. They just haven’t been as aggressive as some of their Chinese smartphone rivals, when it comes to flooding the market with launches. That is changing, with the new Infinix Note 10 smartphone. This has the Made in India pitch going for it, and is priced at Rs 10,999 onwards. First things first, how does the Infinix Note 10 look? It looks good, to simply summarise it without taking up too much of your time. A gradient finish back panel with a stripes pattern makes the smartphone look premium along with the rectangular rear camera module. We got the Infinix Note 10 in Emerald Green for our review, and you may be able to notice from the photos that it’s a beautiful shade of olive green that darkens around the edges. All in all, it looks pretty nice. Up front, there is a hole-punch display with slim bezels and a marginally thicker chin. The smartphone has the volume and power buttons on the right side and nothing on the left side of the phone. The fingerprint sensor is also integrated within the power button. Now, while it is quite a good phone to look at, the Infinix Note 10 is a big phone.

The 6.95-inch display is bigger than many smartphones out there. For perspective, the Samsung Galaxy S21 Ultra, which is a pretty big phone, has a 6.8.inch display. The large size may make the smartphone difficult to use for many but those who like large screens would love this. However, the size does not make the smartphone any difficult to use as the dimensions are still kept fairly well in check and should somehow fit inside your trouser pocket. One hand usability, however, is not really a possibility on the Infinix Note 10. A very nice design for those who prefer large displays, but that is that. The display on the Infinix Note 10 is a 6.95-inch IPS LCD Super Fluid display with a full HD+ (1080×2460 pixels) resolution. There is no high refresh rate here and we only get a 60Hz panel, something that could be a bit of a downer considering 90Hz refresh rate is now an expectation for most potential customers. You do get a 180Hz touch sampling rate which tries to make the screen more responsive. However, if you have used a 90Hz display smartphone, you will demand a smoother and more responsive experience. Overall, in terms of response, the display is decent and does feel slightly more responsive than other 60Hz panels, but that’s a subjective observation. In terms of brightness, the Infinix Note 10 has a perfectly bright display for indoor usage. Outdoors, however, the smartphone is a little difficult to use under bright sunlight. In other situations like standing under a shade or low light environments, the display brightness is not a problem at all. In terms of colour accuracy also, there are better displays in the market at this price point, but this is a negligible issue unless your main priority is a good display. Watching videos and movies on the Infinix Note 10 is a good experience just because of the sheer size of the panel. All in all, there are better, brighter displays in the segment with a 90Hz refresh rate as well, but the Infinix Note 10 probably has the biggest one in all of them. 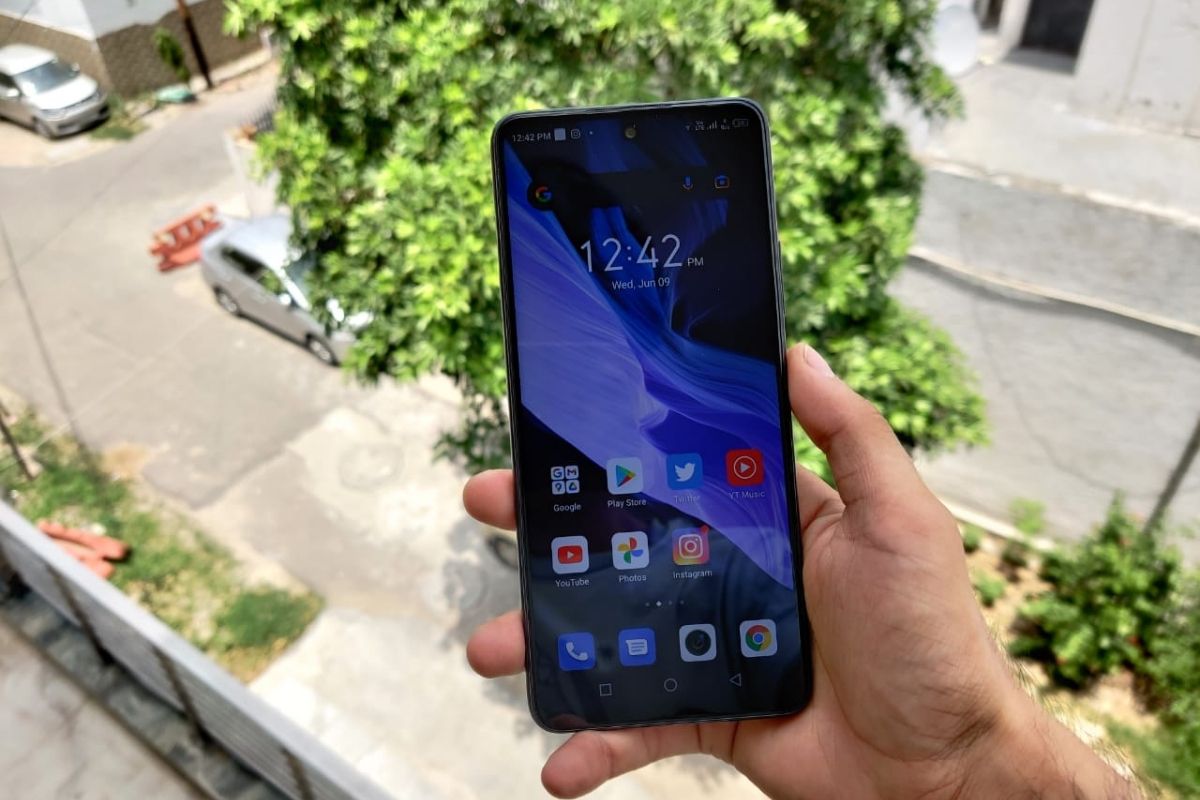 While the performance is acceptable for the price segment of the Infinix Note 10, using the smartphone is not exactly a pleasant experience, and that is simply because of the UI as well as the software that you interface with. The Android 11-based XOS 7.6 is preloaded with a lot of bloatware and many rather unnecessary UI features that I often opened by mistake and they simply are unintuitive and irritating. The amount of bloatware apps on the Infinix Note 10 is way more than some other budget offerings from Chinese manufacturers, who have cultivated a perception of being notorious in terms of pre-loading apps. There are a lot of ads and notifications turned on by default on XOS 7.6 and dismissing the notifications also takes some getting used to as they are only dismissed by swiping right (swiping left opens delete and settings options). The bad UI even makes opening and closing the app drawer (menu) a task at times. The camera app on the Infinix Note 10 is also a little confusing to get around, but you get used to it pretty quickly. First and the foremost, the normal camera function on the app is called “AI Cam.” The app has a short video feature that puts certain Instagram Reels or TikTok-like filters on videos and snaps a maximum of short 30 seconds clips. Useful feature for those who are into Instagram Reels. There is also a Pro Mode on the app.

The Infinix Note 10 is a Made in India smartphone and that should get it enough attention, on its own. The smartphone has been designed very nicely with the gradient striped finish on the back panel and the proportionate camera module. It is a good looking phone, but a little too big in size, at least that is what some users would feel. The Infinix Note 10 does return more than acceptable performance in terms of handling tasks and switching between apps. However, the software side of things, with the cluttered and often complex XOS 7.6 UI takes away from most of the smartphone’s charm and leaves the user quite flummoxed at times. Other trade-offs as compared to the competition include a low refresh rate display, slower charging speed (18W) and no wide-angle camera. The thing is, you’ll probably be buying the Infinix Note 10 for its massive display real estate.