Karbonn Aura Note 2 Review: A Budget Android With an Eye For Fashion

Karbonn Aura Note 2 comes as another budget offering by the smartphone manufacturer and has its own sets of USP.

Indian home-grown company Karbonn Mobiles has doubled down on its fashion-savvy device offerings by launching the Aura Note 2 on Friday. The smartphone succeeds the company’s Fashion eye range of phones launched last year and is focussed on using AI to satisfy its users’ fashion needs.

Karbonn Aura Note 2 comes as another budget offering by the smartphone manufacturer and has its own sets of focus. Just how much these USPs of the device help in your everyday smartphone usage, let’s find out in this review.

Since the Karbonn Aura Note 2 has a ‘fashion’ or ‘style’ tangent to it, the smartphone certainly scores good marks for its design. On multiple occasions have I been asked about the name of the device and the common intrigue shows that the smartphone looks quite appealing. The bezel area on the top and the bottom is optimum and is in match with the device’s screen size. The Black colour of the smartphone looks good in contrast with the Gold detailing done on the sides and at the camera bump. Power button on the right and the volume keys on the left are simplistically and conveniently placed for single-handed operation. 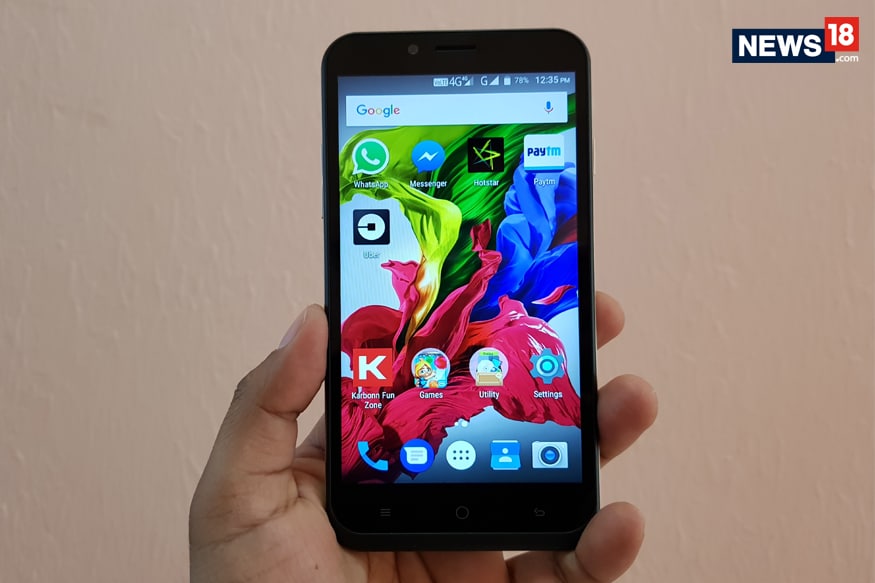 The 5.5-inch HD display of the device delivers a sharp experience with ample colour and contrast. The brightness does well too and can tackle a bright sunny day without any glare on the screen. The Aura Note 2 is powered by a 1.25 GHz quad-core processor and runs the latest Android 7.0 Nougat. This, coupled with a 2GB RAM, makes the device notably fast in terms of operation. It handles tasks well and there is rarely any lag experienced on the smartphone when put through an average smartphone usage. Aura Note 2 houses 16GB of internal storage which is further expandable up to 32GB.

Coming to the USP of the Aura Note 2, the Karbonn smartphone comes with an in-built ‘Fashion Eye’ app which is powered by an Artificial Intelligence start-up named ‘Staqu’. The app essentially uses AI to identify patterns and designs from clothes in the picture that is selected by the user. It then matches these designs with products available across various e-commerce websites to bring out an identical piece of clothing that the user can then buy.

Now we were a bit sceptical about the app before using it. AI in India is still in a very nascent stage and hence we did not have high expectations from this feature of the phone. The Fashion Eye app, however, is not at all a bad experience and on the contrary, might surprise you with some pretty ‘bulls-eye’ matches. We noticed that real-life images captured through the app delivered better results on the e-commerce stores. Downloaded pictures or ones on the internet, not so much. The AI in the app is able to identify the colour and the pattern of any clothing easily. However, users are advised to keep it simple and look for everyday clothing on the app. If you try to go for ‘designer wear’, the app might not impress you that much. App also offers an option of looking through videos (mostly Bollywood) for identifying what the celebrities in those videos are wearing and then order the same from online stores.

Other in-built apps on the phone, like Karbonn Fun-Zone and Karbonn Klinic are handy too. The former comes as an entertainment platform with games, videos and more, while the latter displays information about the Karbonn service centres nearest to you, complete with their address and the contact number.

The dual-SIM functionality and 4G support are also a big thumbs-up for the smartphone.


Also read: OnePlus 5 Review: Can It Beat the iPhone 7 Plus Dual Camera?

To top this list is the battery of the smartphone. The 2,900 mAh battery is ‘just not good’ – period. Battery troubles of the Aura Note 2 is a big turn-off and if you are a power user, the smartphone might become a big No-No just for this one reason. To make it worse, the battery takes a whole lot of time to charge, with more than 20 minutes being spent on the phone’s charging, just to see the battery backup rise by a mere 10 percent, which by the way, lasts hardly for the next 10 minutes. It is surprising that when other smartphone companies are focusing ONLY on the battery backup of some of their devices, Karbonn has completely ignored it. We can only hope that the company pays more attention to it in the future. On a less than average use, the smartphone will last almost a day on a full charge.

Also, the 13-megapixel camera of the smartphone is not really impressive. It isn’t a bad camera per se, but will only do you justice till the time you’re not meddling with it too much. Just zoom in a little bit and you will start getting grainy images for your shots. The same goes for its 5-megapixel front camera. The cameras come with features like touch focus, continuous shots, panorama and a face beauty option at the front.

The built of the 165 grams smartphone is not of very high quality. Though the rubber finish makes it appear good, the weak plastic back does not give a very refined feel to the phone. A fingerprint sensor would also have been appreciated on the device, but then again, very few smartphones offer that within this price range, so it is not a miss. 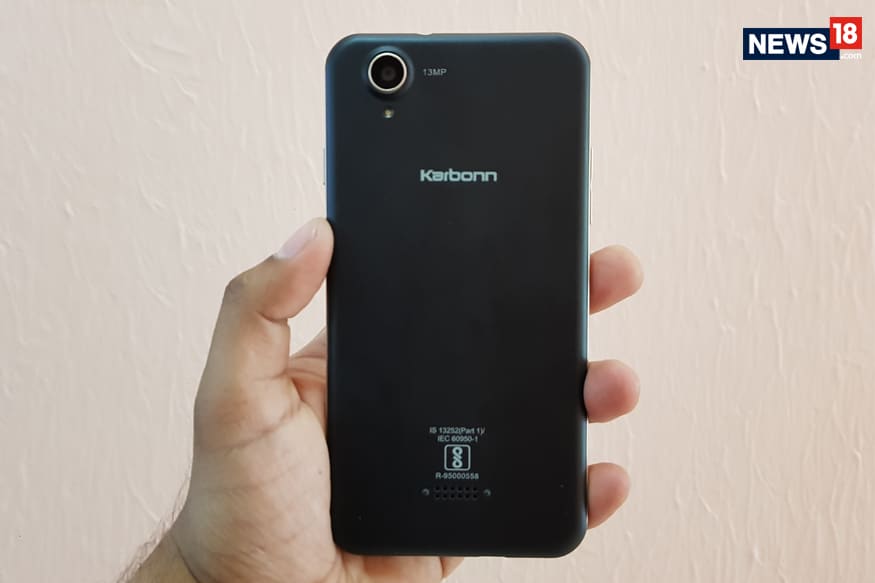 The Rs 6,490 Karbonn Aura Note 2 is certainly a good option for its price. The smartphone performs well, has its own USPs which might appeal to many and looks good to hold. If you do not need to operate your smartphone throughout the day and are able to make do with an average camera quality, it is a good buy. The Aura Note 2 will cater especially well to the online shoppers who like to experiment with their wardrobe.