Begone, stay-at-home boredom, for the world’s greatest heroes and baddest villains are here in tiny, building blocks. Lego, the magnanimous building blocks empire that has much more than just basic children’s toys, now has a new series called Lego Art. As part of this new series, Lego has brought Marvel, Star Wars, The Beatles and arguably the world’s greatest artist, Andy Warhol, to life in poster-size sets of Lego that will create specific art sets based on these personalities. You can buy a smaller set for one poster-size Lego, get triple-size large Lego posters for some of them, and also buy multiple of each sets to get different characters.

Starting with Andy Warhol, the Lego Art series will let you recreate the iconic Warhol portrait of legendary actor Marilyn Monroe. With The Beatles, you can get your hands on four sets of Lego Art, each of which represent posters of John Lennon, Sir Paul McCartney, George Harrison and Ringo Starr. Under Marvel, you get two posters to recreate two looks of the mercurial Tony Stark’s Iron Man , and one of his Hulkbuster suit. Finally, with Star Wars, Lego Art has brought a series called ‘The Sith’, with which you can recreate any of the three Sith Lords – Darth Maul, Darth Vader and Kylo Ren. 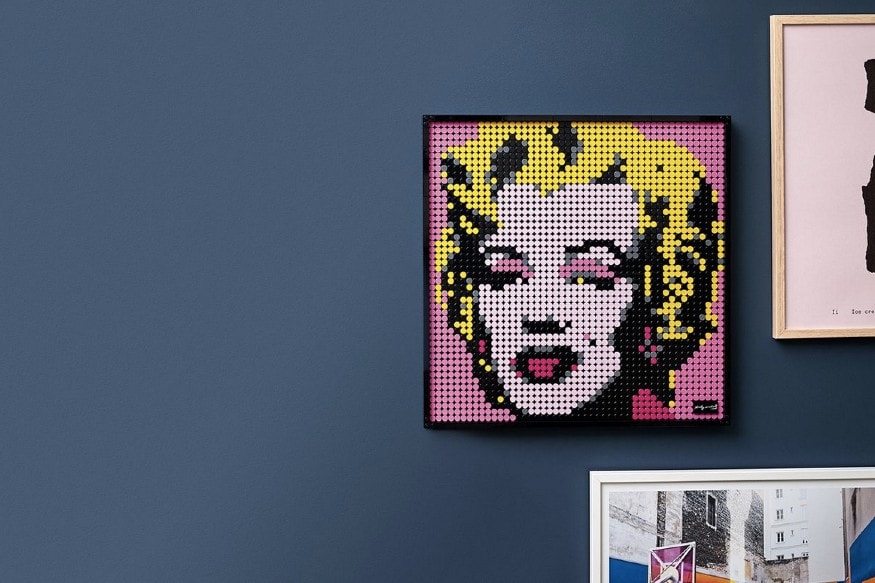 As The Verge reports, some of these Lego Art sets also come in triple-size, full length portrait versions, using which you can create a full-scape standing Lego Art portrait that can also be framed. Each Lego Art set has over 3,000 individual blocks, and comes with new Lego brick separators and hooks, which Lego claims will make building these portraits easier. Each of the regular portraits measures 15.5-inch diagonally, on a square frame.

Lego also wants to make each of these Art building experiences immersive, for which it has also designed specific soundtracks that relay podcast-like narrations behind a particular theme, or music as well to go with it. Once you get your hands on these Lego sets, you can access the soundtracks on your smartphone and stream them. Each Lego Art set costs $120 (~Rs 9,000) for each poster, with international shipping starting August 1.