Apple is hosting its first event in 2022 on March 8 at 11.30PM IST. The Apple "Peek Performance" event will begin at 11:30PM IST tonight. Apple is expected to launch new iPhone SE 2022 along with a new iPad Air tonight.

Apple has launched a new green colour variant of the iPhone 13 series along with the new iPhone SE 2022 with 5G support at a price of Rs 43,900 along with new iPad Air and other products at Apple’s “Peek Performance” event on March 8. The new iPhone SE is unlikely to sport a new design, which means the Touch ID remains, and so does the heavy bezel work Read More

That's It From Us

With that, we come to the end of this hour-long Apple event. Stay tuned with News18 Tech for news, product updates, comparisons and more.

Tim Cook Is Back To Conclude The Keynote

Tim Cook is back on the stage, giving us a round-up of all the products announced at the event tonight. We got the new iPhone SE, new iPad Air with M1 chip, another M1 chipset variant with more power in tow, and the all-new Mac Studio and Mac Studio Display.

Apple hints that the new M1 chip will be coming to the MacBook Pro as well, but that’s for another day.

All the details shared by Apple on the Mac Studio Display which can be used as an external display with MacBook Pro, Mac Mini and the Mac Studio. 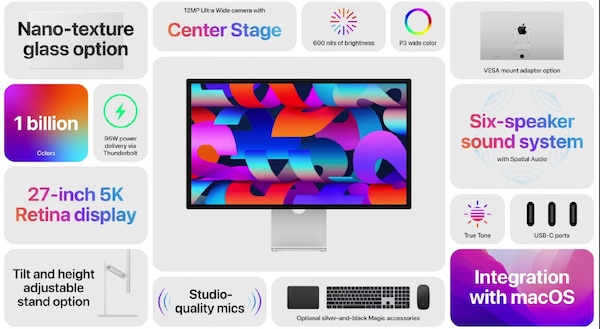 Mac Studio Display accompanies the Mac Studio in the new lineup and Apple has equipped the screen with A13 chip that offers audio improvement, and has a 12MP ultra-wide camera on the front with centrestage. Everything You Need to Know About Mac Studio

Here are all the details about the new Mac Studio 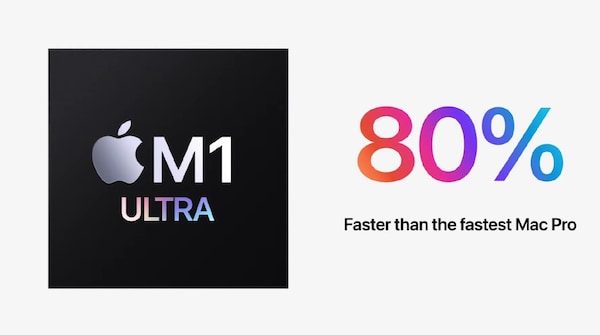 Apple is now walking us through the design precision of the Mac Studio, which has been built using aluminium layer from recycled materials. It has a slew of connectivity ports. It has four thunderbolt ports, 10gb ethernet ports, 2 USB A port, HDMI port and headphone jack for wired music. 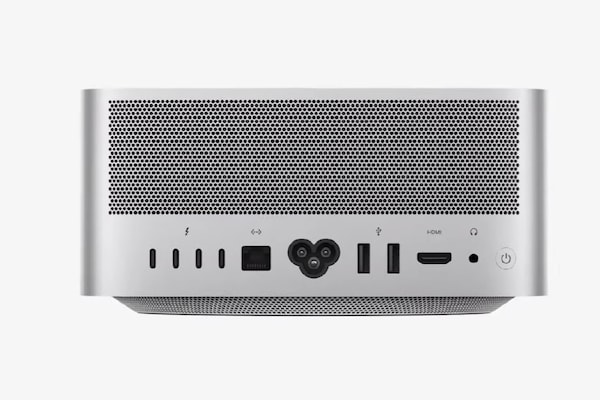 Apple is bringing the Ultra performance of the new M1 chipset to the Mac Studio which is targeted at creative professionals, and who desire all this power under the hood for best results. It can support up to 128GB RAM, has the 32-core neural engine for faster and effective machine learning and lots more to explore. This is just crazy engineering from Apple. Just look at these numbers, and you’ll know why. Apple claims to have redesigned the M1 Max chip to push more power out of the M1 Ultra, with a huge upgrade on the number of transistors and bandwidth speed compared to the M1. It has 32 neural cores, and media engine. Apple says all this performance is delivered with 100W less power consumed to other chipsets in the market. Apple Unleashes Another M1 Chip, It's The Ultra

Apple is bringing another chip to its M1 family, called the M1 Ultra, upgrading on the M1 Max silicone. 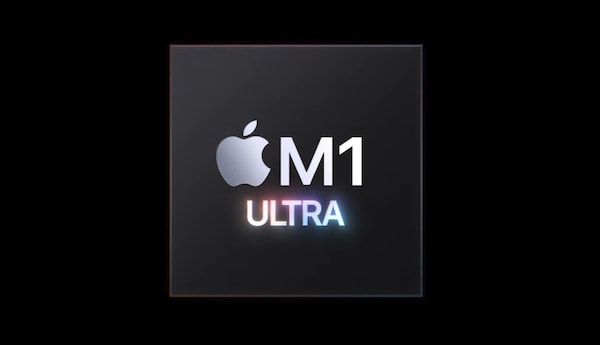 Apple Has Macs To Announce?

Tim Cook is here talking about the Macs and it seems they have a new product lined up.

iPad Air Gets 5G And Front Camera Upgrade With Centrestage

Apple’s decision to use M1 chipset on the new iPad Air means you get a new 12-megapixel ultra-wide camera with support for Centrestage that has become highly popular among the iPhone users. iPad Air also gets 5G support. 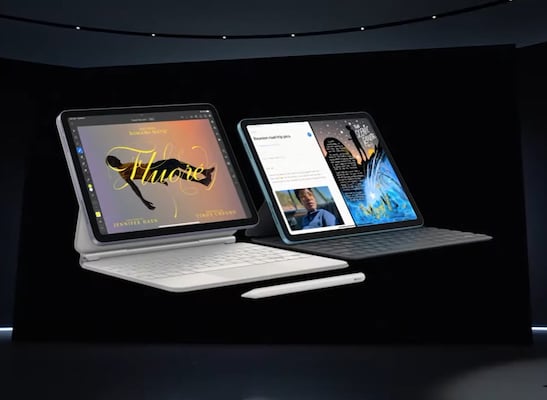 Apple says the performance sees 60 percent bump, putting it on par with the iPad Pro, MacBook Air M1 and the MacBook Pro M1. That’s a lot of power under the hood. It's Time For New iPad Air

Now that iPhone SE is out of the way, Apple is now going to share details about the new iPad lineup, which includes the iPad Air that now gets the M1 chipset as the rumours had suggested. 30 Minutes To The Apple Keynote

One Hour To Go

Apple Store Down Ahead Of Launch Event

Apple To Showcase 'One More Thing' Once Again?

New iPad Air With A15 Bionic Or M1 Chipset?

on the screen, which is quite outdated now.

iPad Air moving to the M1 chipset would make it as powerful as the iPad Pro and even the MacBook series. Earlier it was suggested that Apple could move the new iPad Air to the A15 Bionic chipset, but those rumours have gone silent over the past few days.

Tim Cook, CEO of Apple presided over the keynote along with other Apple executives. Here’s the highlights of the Apple March 8 Event.