Mental Health Apps: Can They Help You Deal With Anxiety, Depression and Stress?

Meditation, motivation and journaling are DIY techniques that can help for a while, but aren't solutions that can have a lasting effect.

Hemanta Sengupta (name changed on request), 57, got stuck in a precarious situation due to the nationwide lockdown in lieu of the Covid-19 pandemic. Just before the lockdown began, Sengupta flew down to Hyderabad for a series of important business meetings. Soon before his scheduled flight back to his hometown, Kolkata, all domestic flights were cancelled until further notice, leaving him marooned at a company-provided hotel, in a city that he did not know. The first month that followed was a roller-coaster journey that took him close to depression.

It is at this time, at around late April, that Sengupta discovered an app called Remente on his iPhone’s App Store. As he began using it, he realised that he suddenly found an outlet to vent out his frustration – all without having to spend a fortune, or risk alarming his wife, parents and child. This, Sengupta says, played a considerable role in seeing him through until the end of May, when he took on the threat of the virus with a PPE (personal protective equipment) overall and flew back home.

What these apps offer

Sengupta is not alone. As the pandemic broke out, many found themselves in similar situations – suddenly alone and cut off from social interactions. Add to that the paranoia around the virus, the prospect of losing their jobs and many other factors, and mental health took a resounding beating all through the Covid-19 pandemic. In fact, it continues to do so even today.

Each of these apps actually offer a similar set of features – meditation guidance, motivational speeches and journaling, behind different interfaces. Calm, for instance, relies on clever interface design to offer its users an audio-visual sensory experience that is designed to make users feel less panicky, remind them to take longer breaths, and gradually, take off the steam. The key that it goes for here is relatability, by using public faces. For instance, you have motivational and anti-anxiety talks on offer by Matthew McConaughey and LeBron James, among others.

Apps like Insight Timer, on the other hand, work with a recurrent theme of making you feel like you’re part of a tightly knit community. You have fellow users commenting about the most helpful posts on the platform, tracks and talks that have helped others meditate, and which forms of meditation have helped best against emotions related to isolation, anxiety and so on. Remente, on the other hand, is designed like a goal-keeping app instead of being a social medium. Here, you can set daily agendas, and use it to make your way through phases, one day at a time.

Two interesting aspects of the latter are a setting that allows you to rate your own life, and also get Apple’s WatchOS-like concentric circles that let you view your life’s balance based on voluntary inputs by you. It seems quixotic and ridiculous to ‘rate’ your life and see its balance in a PPT-like graph, but the end goal is apparent.

Remente also offers you a journal section, which you can use to pen down your thoughts. The virtual equivalent of a diary, journaling is a tested formula when it comes to tackling mental health issues, and this is something that most apps of this nature offer in one way or another

“The app does not judge me”

Whether any of these apps work for you or not can be very subjective. However, through exceptional times like now, having a virtual companion can be a better solution than not having one at all. Similar thoughts were echoed by Sunidhi Vyas (name changed upon request), a Mumbai-based advertisement professional, who has been a long term user of Presently, a journaling app.

“I realised after a point that typing gives me more comfort than writing with a pen, which I’m sure is an unpopular opinion. But, ever since I started journaling, it almost feels like a steady outlet to thoughts that I’ve always felt are too sharp for my friends to deal with. Plus, to be absolutely honest, the app does not judge me,” says Vyas. It is this very aspect of not being judged is what makes using these apps more encouraging.

Do they really work?

Dr Vishal Sawant, a veteran consulting psychiatrist based in Mumbai, gives a pragmatic view at using these apps. “Given the present times, it is natural that people will look at alternate ways to get help for various reasons. Different people face mental health issues in different forms, so there isn’t a single or consistent formula to offering a solution. Hence, it is very difficult to automate the process,” he says.

It is this that Sawant believes will only help the apps be effective to a certain level. “When you consult a professional psychiatrist, he or she can communicate with you and reciprocate to your feelings, which is the most important part of seeking professional help. Can it replace actual doctors? I don’t think so at all. But, can it help patients in certain cases? Definitely so. These apps are designed to be companions at best, so it isn’t a standalone solution but one that augments actual advice from doctors,” Sawant sums up.

Think of these apps as the proverbial first step in a long, winding flight of stairs. What apps like Remente and Insight Timer are offering are ways to get over your inhibition towards seeking professional help. But often, the first step is a very important step to take. 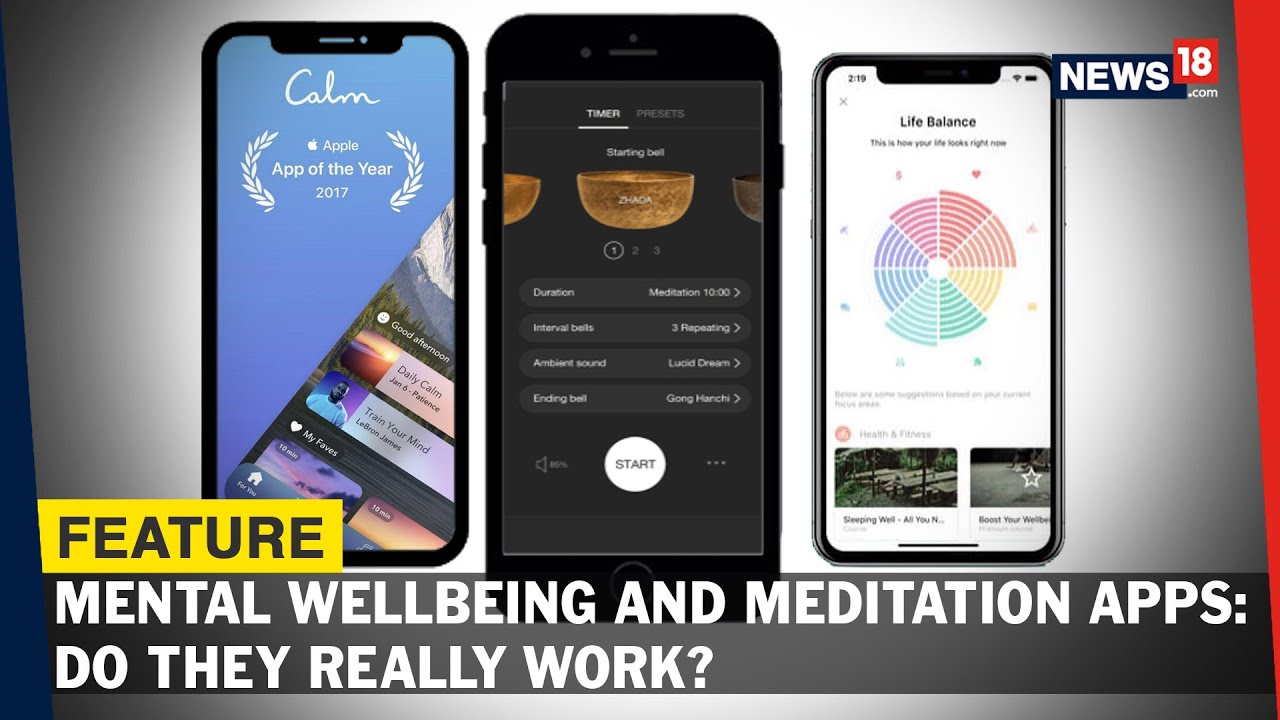