Metz 65Q4A TV Review: This Android TV is all About Fine Attention to Detail

The Chinese owned German TV company is well poised to compete with the established television brands, and the fantastic panel is just a one of the many positives.

The television space in India is more competitive than it ever has been. This is true across price points, and new brands are making a beeline for our shores in the hope to get the first mover advantage in the battle for market share. The latest is the German television company, Metz, which is now selling its smart televisions in India. Metz was acquired by Chinese company Skyworth Electronics a few years ago. The company is selling televisions with 32-inch, 40-inch, 43-inch, 50-inch, 55-inch and 65-inch screen sizes in India. The television that we are reviewing here is the Metz 65Q4A, which is expected to be launched in India next year, and will be priced around Rs1,13,268. This basically means it will be up against serious 65-inch television competition from recognized brands such as Sony, LG and Samsung, to name a few—and also undercuts them quite a bit in terms of the price as well. The fact that this runs the Google Android TV software, is a solid foundation to build on.

First look at the Metz 65Q4A, and the very German-esque attention to detail comes to the fore immediately. There is a very thin bezel around the display, with the glossy black finish. The panel is fixed in with absolutely no rough edges At the bottom is a chrome strip, which adds a bit of glitter to the overall look. The minimalist table-top stand is solidly built, and holds up the large screen with ease. The clean look means this TV can very easily be mistaken for a flagship televisions from the brands you may be familiar with. There are no physical buttons or unnecessary visual elements spoiling the look of the TV, and the very thin bezel pretty much fades out of view when you switch it on. 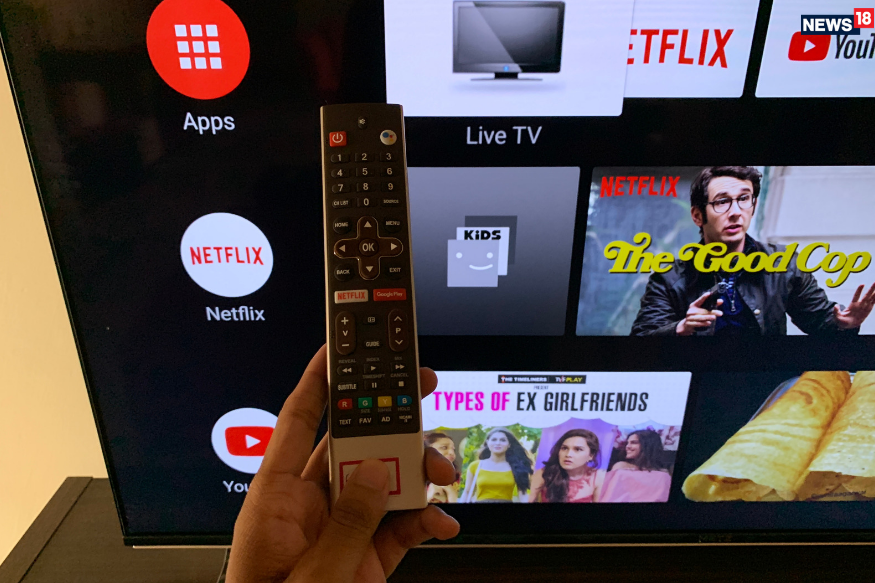 Switch the Metz 65Q4A on, and the sheer brilliance of the 65-inch IPS panel shines through instantaneously. This is a 4K display (3840 x2160 resolution). This is a bright screen, but the real highlight would be the great viewing angles that it offers—quite handy that, if there is a large gathering at your home to watch a movie or a sporting event, for instance. Colours look really good on this screen and we were pleasantly surprised that in our very first tryst with it, the Metz 65Q4A television has pretty much blown us away with the real world performance. That said, the default picture settings are a tad on the conservative side, and you can really push the contrast, colours as well as the black level settings a notch higher. The only drawback is that the picture settings aren’t as detailed as they perhaps could have been. The depth of the black, once you’ve tweaked the settings enough, helps the other colours come alive in great detail. The panel’s brilliance is perhaps best defined by how well it is able to separate different shades of the same colour. Skin tones are reproduced well too.

Hook up the Metz 65Q4A television with a TataSky HD set-top box (STB) for standard definition and high definition content, an Amazon Fire TV Stick for high definition content and an Nvidia Shield console for 4K HDR content, and the 65-inch panel handles all with ease. That is a genuine surprise, considering how a lot of large displays tend to struggle with the up-conversion of standard definition content to fit the extra pixels on the screen better. The image processing algorithms working in the background do a fantastic job of ensuring that no distortions or artefacts show up. The fast moving visuals are handled brilliantly and be it Lewis Hamilton breezing past the chequered flag, a cricket ball skating across the outfield after a flick off the hips by Virat Kohli or Jason Statham going a bit bonkers in the movie Crank, there are absolutely no problems with the detailing of fast paced visuals—a lot of TVs either struggle with image ghosting or tend to suffer from momentary sluggish frames. As expected, the TV comes to life with 4K content, and the details that it can reproduce on this crisp screen is something that has to be seen to be believed.

Using Android TV, as the smart TV platform, is the Metz 65Q4A’s strongest suite. We have often said that televisions using Google’s authentic Android TV suite (such as Sony’s Bravia range) are the best at discharging their duties as a smart TV. The version of Android TV that Metz has used is based on Android 8.0 (Oreo) and runs the newest interface which Google recently rolled out for the operating system. It is slick to use, navigation is uncomplicated (compared with a lot of other smart TV platforms) and most of the streaming apps are available without having to jump through hoops to install them. You get the usual streaming app suspects to enjoy, including Netflix, Amazon Video, Hotstar, Sony Liv, Zee5 and more. The remote, which is built well and laid out nicely we must add—also has dedicated buttons for Netflix and Google Play Movies. The Metz 65Q4A television runs a quad core processor with 2.5GB of RAM—at no point did we notice any app stutter, crash or load slowly owing to any performance issues. There is 16GB storage on board—the more the better, when streaming 4K content. 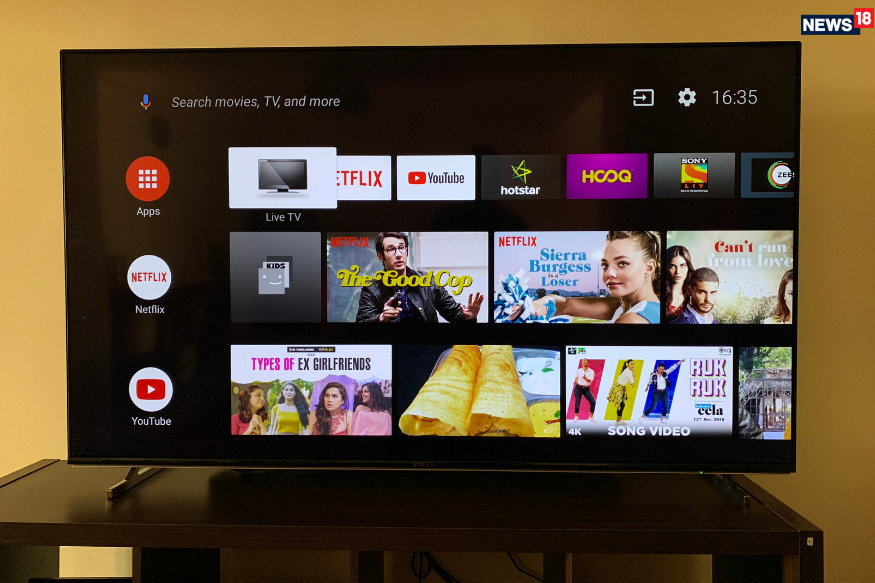 Audio is where the Metz 65Q4A does disappoint—but it isn’t the first and surely not the last. For all the DTS TruSurround capabilities that it may boast of, sound is just not wholesome with bass largely missing. Even when the lower frequencies are present, they always feel hemmed in or artificially boosted. You’d be better served connecting a good soundbar with the TV, if movies and TV shows are often binge-watched.

Chances are, you would have had a perception that only the big three—Sony, Samsung and LG—can make genuinely good premium televisions with large screens. In many ways, you would have been correct. But that was basis the knowledge and the competition check thus far. The upcoming Metz 65Q4A is taking the competition head on, and we did not see it put forward a compromise in any respect at all. Except audio, but that is where all its rivals stumble too. The attention to detail, the slick Android TV experience and a vibrant display panel, make the Metz 65Q4A a potential giant-killer.