Canvas Infinity is the latest offering by Micromax which aspires to deliver a bezel-less experience to the user at the most affordable price. Apart from the 18:9 aspect ratio display, what else does the smartphone have to offer? Find out in this review.

With a hoard of smartphones in the market in every price budget, smartphone OEMs are actively looking to bring new technology to their devices. One such technology in fashion these days is a larger screen size, preferably with an 18:9 aspect ratio, a trend which was started by LG with its LG G6 device. Since then, all the major smartphone players like Samsung and Apple have worked towards offering a similar display to their users. What’s more, the 18:9 aspect ratio display has now trickled down to more pocket-friendly variants as well, such as the LG Q6. One such device is also being offered by the homegrown OEM Micromax and comes as the second budget smartphone with such a display. Micromax Canvas Infinity, the latest smartphone launched by Micromax boasts of a minimalistic bezel design and a large display with the trending 18:9 aspect ratio. What other features does the Canvas Infinity offer, let’s find out in this review.

Micromax has had a wild run in the Indian smartphone market for quite a while. Though it somehow lost its stronghold over time, Micromax has now tried to make a solid comeback with the Canvas Infinity. The ‘Infinity’ in the device’s name stands for the bezel-less design that the company has opted for, quite a bold move by Micromax, considering the price point at which the Canvas Infinity sells. The USP of the smartphone is its 5.7-inch display with an 18:9 aspect ratio. If you are someone who would like to have a large display at hand, the Canvas Infinity certainly offers one of the largest screen sizes in its price segment.

Please note that the display is not as big as Micromax has shown it to be through the device’s images on various platforms. This comes as a shock, as the bezel area on the smartphone is significantly bigger than the what the images predict, even the one on the smartphone’s box.

The Micromax Canvas Infinity comes with a commendable built quality. It looks and feels pretty sturdy, especially when compared to other smartphones offering such a bezel-less display. Its design, especially the back panel of the smartphone, is heavily inspired from Xiaomi's Redmi Note 4. The removable back panel neatly covers the battery of the smartphone and houses a cut for the fingerprint sensor placed at the back. The sensor has been placed accurately beneath the rear camera for easy access, something that not every smartphone having a fingerprint sensor at the back can boast of, including some high-end devices. The sensor even works quite well, with a quick and accurate response. The antennae band right above the primary camera gives an elegant touch to the overall look of the smartphone. The volume rockers are on the right, just above the power button. The top edge houses a 3.5 mm audio jack, while the USB port has been placed at the lower edge of the Canvas Infinity.

The Canvas Infinity runs the Android 7.1.2 Nougat topped with a custom UI. It is also expected to get the Android Oreo update once it is out. Simple gesture-based features on the smartphone make it fun, like flip to mute, get the call, direct call, deactivate handsfree, flip to snooze, answer by mistake and more. 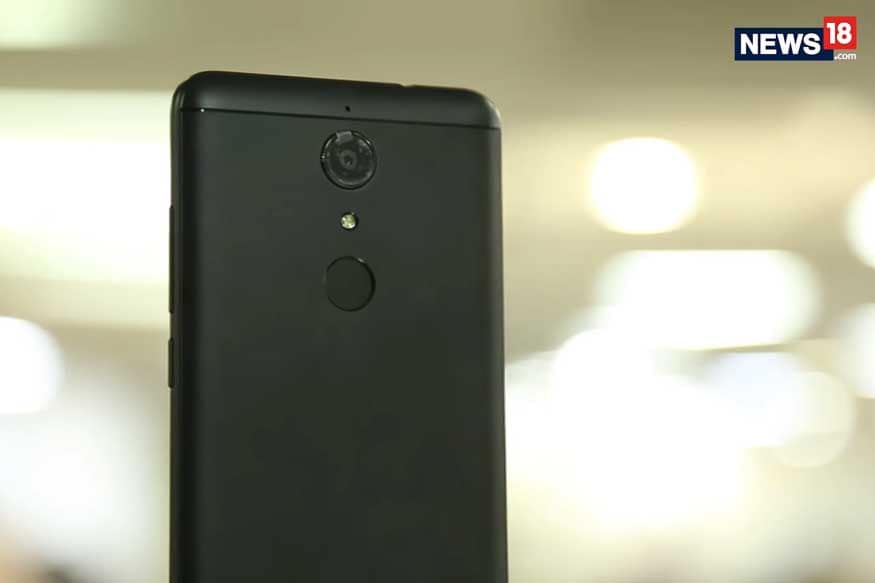 While Micromax has been able to give a premium look to the device, the firepower on the Canvas Infinity is quite limited. On papers, the device mentions a 3GB RAM and a 32GB internal storage, which is further expandable up to 128GB. These, coupled with a Qualcomm Snapdragon 425 SoC delivers just enough pep in the device to not make it a disappointment. But if you plan to push it to the limits, you will find that the ‘limit’ is not too big. The Canvas Infinity can easily take on one or two large-sized games while running social media apps in the background. Anything more than that and the lag on this smartphone becomes quite obvious. One can visibly experience the slow processing speed while switching on the device, as it takes a good 30 seconds to boot. Apart from this, the UI is quite buggy and can be irritating at times. For example, you can be left struggling to close the push notifications while playing a game on the smartphone. In case you go for the Canvas Infinity, it is advisable to keep checking your CPU usage by closing the apps running in the background from time to time. Keep it minimalistic at any point of time and the smartphone won’t disappoint.

The Canvas Infinity is powered by a 2900 mAh battery which comes without fast charging support. So naturally, the phone takes much time to charge, around 40 minutes for 30 percent of battery life and roughly 2 hours for complete charging. While the battery backup is not an issue with this one, what’s more problematic is the buggy UI that tends to miscalculate the available battery backup and the number of hours of usage provided by it. This can leave the user in a serious fix at times, with the battery percentage dropping to a much lower percentage within no time, or staying stuck at a single number for a long time.

On the optics front, the Canvas Infinity carries a 13-megapixel primary camera with a f/2.0 aperture which is, if simply put, nothing to boast of. It clicks decent pictures with enough detailing, colours and exposure. The ‘Portrait’ camera mode is able to click much better images than the normal mode. Other modes on the camera include Beauty mode, Panorama and Time Lapse. The video quality at 1080p@30fps is good, with impressive audio recording as well but the lack of EIS is easily felt with shaky videos. The selfie camera on the Canvas Infinity carries a 16-megapixel sensor and is quite better as compared to its rear camera. It comes with a f/2.0 aperture, LED flash, Autofocus and Bokeh selfie capability. The Micromax Canvas Infinity is certainly a good option for anyone looking for a budget device. It has got a good built, a large screen size, just enough responsiveness and neat selfie capabilities. The device will help you accomplish your daily tasks of staying connected to the social media while delivering a good video watching experience. Though the Canvas Infinity is certainly not meant for heavy smartphone users, one should go for it only for its unique looks at its Rs 9,999 price point and definitely not the firepower.