Home » News » Tech » Micromax In 1b Sold Out Too Quickly? Don't Worry, Redmi 9A Offers A Similar Package In The Same Price
2-MIN READ

Micromax In 1b Sold Out Too Quickly? Don't Worry, Redmi 9A Offers A Similar Package In The Same Price

Micromax In 1b (left) vs Xiaomi Redmi 9A (right)

The Micromax In 1b offers more value for money, while the Redmi 9A has an advantage in terms of availability. 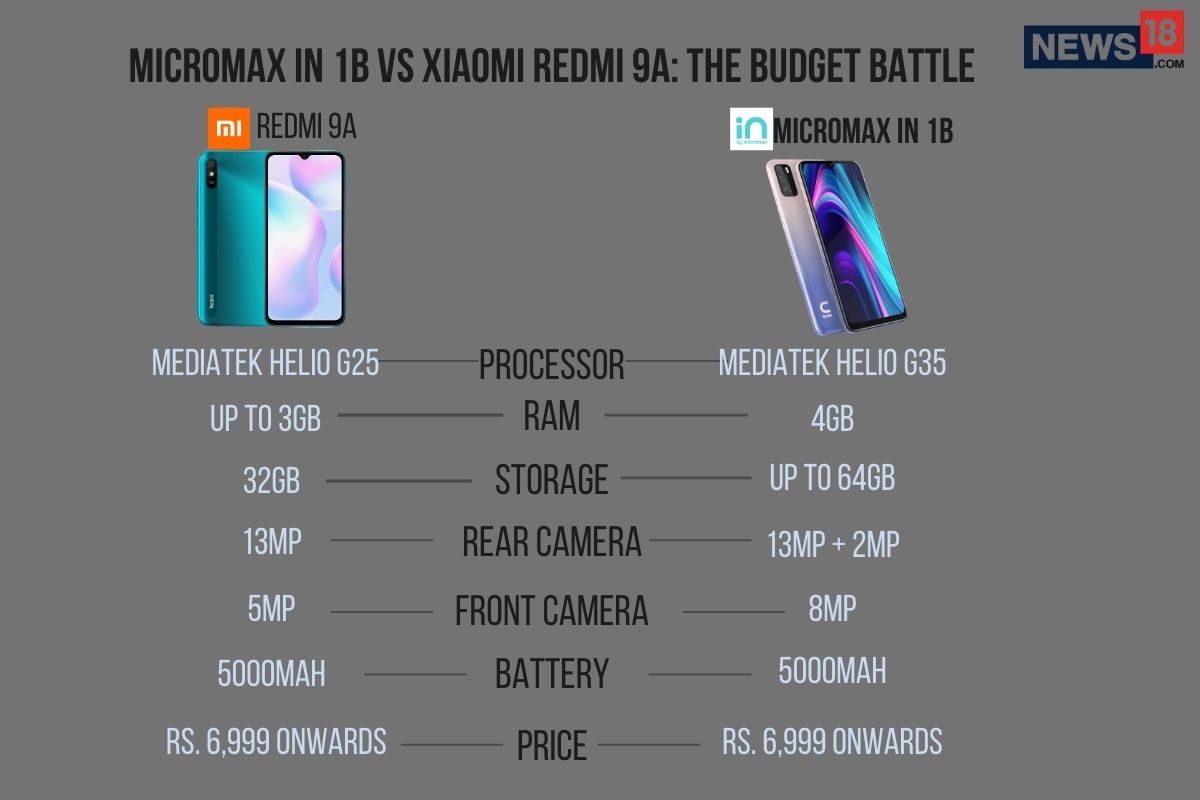 The Redmi 9A, on the other hand, also comes with a 6.53-inch HD+ display with a 20:9 aspect ratio. The smartphone is powered by MediaTek’s Helio G25 chipset paired with up to 3GB of RAM and 32GB of internal storage that is expandable to up to 512GB via a microSD card slot. Further, the Redmi 9A has a single 13-megapixel camera with an f/2.2 aperture and a single 5-megapixel camera. The Redmi 9A also comes with a 5,000mAh battery with 10W fast charging.

In terms of specifications, the Micromax In 1b offers more value for money for the Rs 6,999 pricetag with its bigger processor and more RAM and cameras. However, the Redmi 9A is available to purchase on the Xiaomi website and Amazon.in right now, while the Micromax In 1b’s next sale is still unknown.