A man uses the Moto G4 at the launch event in New Delhi.

After teasing us for a while, Motorola finally unveiled the new Moto G4 phones at an event on Tuesday in New Delhi. As the name suggests, the Moto G4 is the fourth-generation Moto G, which comes in two editions - the Moto G4 and the Moto G4 Plus. While the former has been announced, it won’t be available in India until next month. The G4 Plus, however, will be available in India starting May 18. We got our hands-on the G4 Plus and here’s how the phone got along with us in the time spent with it.

Before we start to talk about the experience, let us tell you that the Moto G4 and the G4 Plus look almost the same and have similar features. But what make the two phones different are the fingerprint sensor, rear camera and the variants that they come in. Let’s take you by them one by one.

The Moto G4 Plus features a fingerprint sensor at the front, which makes it the first Moto G phone to come with a fingerprint scanner. The G4, on the other hand, lacks it. While having a fingerprint sensor on the phone reduces unlocking your phone (which is its primary purpose, among others) by a couple of steps, I wish the company had placed it at the back under the camera sensor - which I believe is the best position for a fingerprint sensor given the way we usually hold a phone. But it’s not really a downside, and instead is a matter of personal choice.

I think that the placement of the fingerprint sensor on the phone could also divide people into two like Salman Khan fans vs ShahRukh fans, hills vs beaches, and for that matter, Rajma vs Kadhi ;)

Nevertheless, I like that Motorola finally brought the fingerprint facility to its mid-range series. 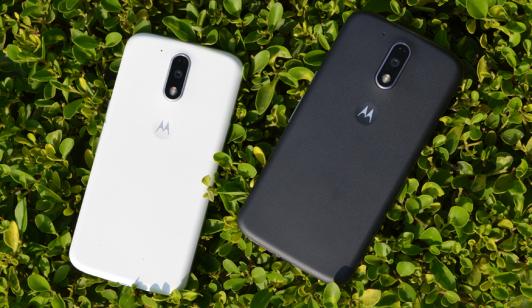 We tested the G4 Plus' camera, and found it impressive. Not only it captured details, but the camera captured good light, produced bright results, and showed fast focus. For that matter, even the 5 megapixel front camera (which is the same for both the Moto G4 and the G4 Plus) earned good points.

Camera was something that I wouldn’t like much in the Moto phones, at least in the budget and mid-range series, until the first half of the last year, but then came the Moto X Play. It was the first Moto phone ever since Motorola’s re-entry into India that left me impressed with its cameras, followed by the great camera performance in the Moto X Style.

And the new Moto G4 Plus further strengthens that Motorola has been really working on delivering the great camera performance on its phone. Technically speaking, the Moto G4 Plus comes with OmniVsion’s PureCelPlus image sensors with bigger pixels to absorb more light. We, however, are yet to test the phone in low-light conditions.

The differences in the two phones end here, and from here onwards it’s the same for both the G4 and the G4 Plus.

Coming to the phone’s design and feel, the Moto G4 like its predecessors, has a simple yet neat design. Measuring 5.5-inches with a thickness of 7.9 mm, the Moto G4 Plus is a big device, but that doesn’t add to its weight. The rounded corners, textured-back and light weight make it comfortable to hold the phone. Underneath the back cover of the phone, which looks nice and can be easily removed, are two slots for SIM cards (that support 4G LTE) and a microSD card slot for additional storage. 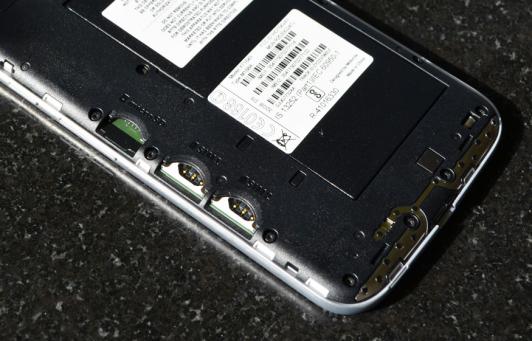 The 5.5-inch full HD display on the phone has a good colour reproduction and offers good viewing angles. The speaker on the phone is in the front, which produces loud and clear audio results.

While the phone is powered by Qualcomm Snapdragon 617 (MSM8952) processor with up to 1.5 GHz octa-core CPU, how it performs in the rear world is something that we can comment on after putting it to different tests during our review period. It runs Android 6.0.1, Marshmallow.

The Moto G4 Plus (as well as the Moto G4) comes with a 3000 mAh battery with TurboPower, which the company claims gives users up to six hours of power in just 15 minutes. How long does the battery stay on a single charge is something that is yet to be tested.

The company is yet to announce the price of the base model (Moto G4).

Motorola India head Amit Boni during the launch event said that the pricing of the Moto G4 will be announced in June when it goes on sale.

While we are holding on to our final verdict, the phone appears to have the potential to give the competition a tough fight.

Available in two colours - black and white, the Moto G4 and the G4 Plus will compete with the Redmi Note 3, Le Eco Le 1s Eco, and the ZUK Z1.