The Moto G52 is much lighter and sleeker than the old-gen Moto G51 and runs Android 12 out of the box. But is it worth considering in the Rs 15,000 segment?

The Motorola Moto G52 debuted in India a few days ago, and the device currently sits in India’s most competitive smartphone segment. Priced at starting Rs 14,999, the phone promises fast charging, good display experience, and a clean Android software experience. Notably, the phone is much lighter and sleeker than the old-gen Moto G51 that launched in the country not so long ago (December 2021). Motorola also recently launched its more affordable Moto G22, which comes with Android 12 out of the box. Of course, the latest variant offers better specifications, but can it deliver what it promises? Here’s our breakdown.

Design: The new-gen Moto G52, at 169 grams, is nearly 40 grams lighter than its older sibling Moto G51. It also gets a sleeker body at 7.9mm, which makes it easy to carry and hold for prolonged usage. In terms of design, the phone may resemble the Moto G51, but the pill-shaped rear camera module is akin to the module we saw on the flagship Motorola Edge 30 Pro 5G. The Moto G52 continues to feature a centrally-aligned hole-punch cutout for the selfie camera that offers a more more premium finish.

Overall, the phone looks stylish and up-beat (definitely not an eyesore), even though being an ‘affordable’ device. Its sleek body stands out against the competition, and the placement of the power button and the volume rockers are perfect for single-hand usage – contrary to what we saw on the Edge 30 Pro. Being a budget device, Motorola has remained thoughtful and did not decide to ditch the 3.5mm audio jack. Unfortunately, the smooth plastic back panel leaves fingerprint smudges, but you get a clear silicone case in the package. Lastly, customers can choose between Charcoal Grey or Porcelain White colour option, and the phone lacks an IP rating for dust and water resistance.

Display: Motorola is banking a lot of the Moto G52’s display performance – for all the right reasons. It comes with a 6.6-inch Full-HD+ (1,080×2,400 pixels) pOLED display with a 90Hz refresh rate. The visibility under bright sunlight is low, but that’s a limitation with OLED screens in general. However, under normal lighting conditions, the colours on the screen are vivid and the videos on OTT platforms look sharp. Motorola has used a pOLED panel for the smartphone that is seemingly sleeker and more resilient than regular OLEDs. It is difficult to test the durability of the smartphone without the right pieces of equipment, but the sleek form factor is visible when we keep it next to rivals like Redmi Note 11S and Oppo K10 and even Moto G22.

It also gets L1 Widevine certification to allow Full-HD playback on Netflix and Prime. Overall, the Moto G52 offers a reliable display performance in this price range, even though the refresh rate maxes out at 90Hz.

Performance: The Moto G52 is powered by Qualcomm’s Snapdragon 680 SoC – designed for affordable smartphones. The chipset lacks 5G support, so customers must note if that’s something they’re looking forward to in 2022. The same chipset features on Oppo’s latest K10 model that I reviewed earlier this month. It also powers the Redmi Note 11 which comes with similar specifications. Overall, the Snapdragon 680 SoC will offer satisfactory results, if not the best.

In terms of benchmarks, we get to see pretty standard results from a smartphone in this price range. In Geekbench’s single-core and multi-core tests, the Moto G52 attained 378 and 1574 points, respectively. In 3D Mark’s 1-minute Wild Life test, it scored 449 points, just a single point short of what the Oppo K10 attained in the same test. The frames per second also maxed out at 2.7fps during our test – the same as the Oppo K10 due to the same chipset and GPU. Moreover, the CPU throttled 72 percent during the 15-minute long CPU test – again pretty standard for budget chipsets.

If we keep the numbers aside, most productivity-focused apps will run efficiently with visible stutters. Mild stutters were also visible while switching between heavy apps like Chrome, Instagram, and VN video editor. The Moto G52 also comes with a side-mounted fingerprint scanner that was responsive during our brief test. However, like any other physical fingerprint scanner, there are limitations if your fingers are moist or sweaty.

When it comes to gaming, the smartphone was able to run Asphalt 9 and Pokemon Unite without heating too much, just like what we saw on the Oppo K10. But the selling point here is the Android 12 and a clean UI. Motorola takes pride in offering a clean Android experience for all the right reasons. This quality is not only ideal for young customers planning to get their first smartphone, but also for elderly users who typically don’t enjoy a cluttered device.

Cameras: The Moto G52 features a 50-megapixel primary camera, an 8-megapixel ultra-wide shooter, and a 2-megapixel sensor. Surprisingly, all the rear camera sensors offer very satisfactory results in daylight. Generally, I prefer natural-toned images and videos as they are easy to edit later with your prefered filters and colour scheme. Some users prefer boosted images, so it’s a matter of preference. In this case, Moto G52’s primary 50-megapixel offers crisp images with natural colours. Users can use filters of their choice by heading to camera settings. Similarly, the ultra-wide camera offers a good field of view and images in daylight are sharp. But like most affordable smartphones, night photography comes with limitations, and there’s a visible noise.

Unfortunately, the 16-megapixel selfie camera offers average performance, and I noticed a strange soft or blush effect. Most facial details are hidden, and the natural skin tone is also boosted. To be fair, most phones in this range offer similar front camera performance, which needs to be urgently addressed by OEMs. Overall, the camera performance in some parameters was better than the Redmi Note 11S which comes with a 108-megapixel primary sensor. 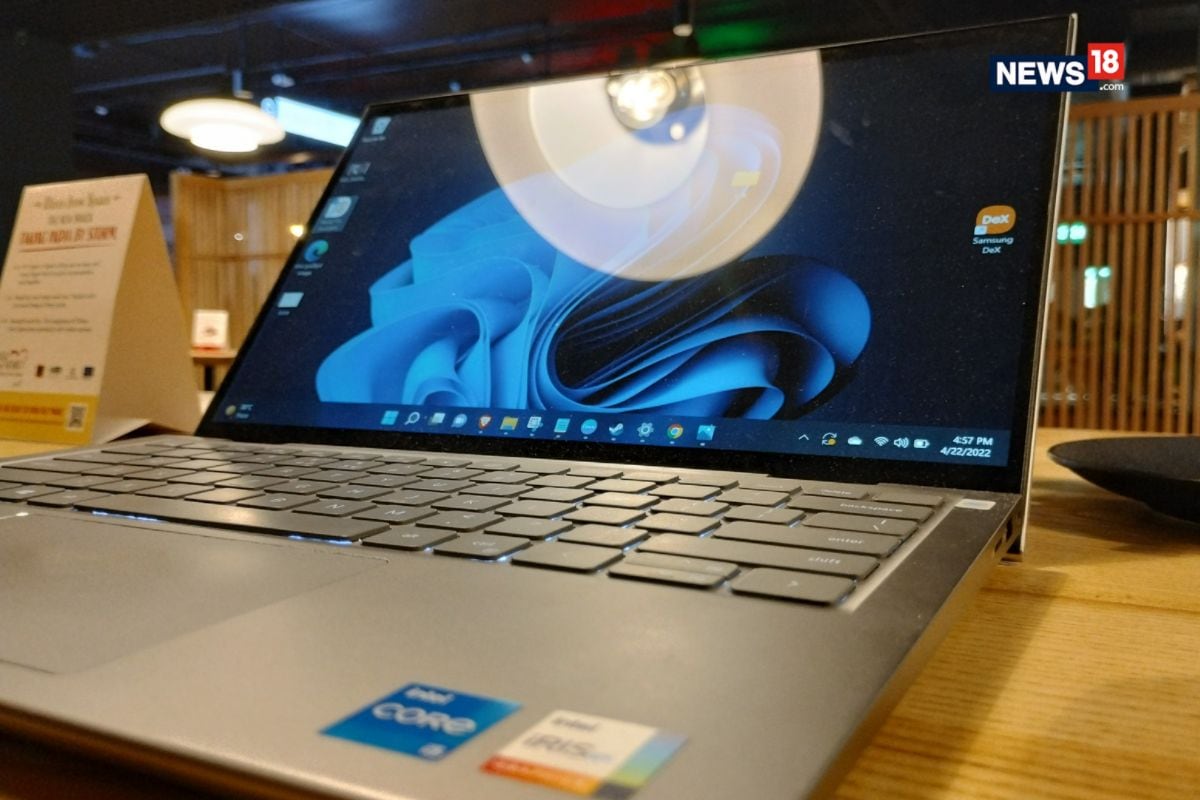 Battery: The Moto G52 is definitely gaining an edge over rivals by not only offering 33W charging support, but the package also includes a power adapter with the same output. Additionally, the phone carries a 5,000mAh battery unit, ideal for customers who prioritise battery backup over cameras. The phone attained full charge in roughly 60 minutes with the bundled charger. The phone easily lasted for an entire day with casual gaming, 90Hz enabled, and adaptive brightness on.

Verdict: As I began, the Moto G52 sits in India’s most competitive smartphone segment, and it does trump over rivals in many areas. The highlight is the Android 12 software (out of the box) that several budget phones are yet to receive. Similarly, the company is promising an Android 13 update soon and three years of security updates which is useful, especially elderly customers who do not prefer switching devices too often.

The Moto G52, with its pOLED screen, offers one of the best viewing experiences in the segment. Not only does it elevate the display quality, the pOLED panel helps in maintaining a sleeker form factor.

The rear camera performance is reliable and outshines some rivals in the Rs 15,000 bracket. However, the front camera remains underwhelming, and you may need to increase your budget if that’s your priority.