Moto Z is powered by a 2 GHz Qualcomm Snapdragon 625 octa-core chipset coupled with 3 GB of RAM and 32 GB of internal storage.

The Moto Z and Moto Z Force, which are Motorola's first modular smartphones, will let people snap on additional equipment called "Mods" to the back of the phones. After their preview at IFA 2016, they are finally launched in India. The Moto Z is priced at Rs 39,999 while the Moto Z Play is priced at Rs 24,999

The Moto Z offers a 5.5-inch Quad HD AMOLED display with a resolution of 1440 x 2560 pixels at a pixel density of 535ppi. It also has Corning Gorilla Glass 4 protection. It has a 5-megapixel wide angle f/2.2 front camera with LED flash along with a 13-megapixel f/1.8 rear camera with dual LED Flash and OIS. It is powered by a quad-core Snapdragon 820 processor with Adreno 530 GPU, 4GB of RAM and 64GB of internal storage with support for up to 2TB microSD cards. The device is backed by a 2,600mAh battery, and Motorola claims a day of battery life.

Other features include fingerprint sensor, 4G LTE support, USB Type-C, and dual SIM support. The device is made from military aircraft-grade aluminium and stainless steel. The device comes with water-repellent coating and can withstand spills. 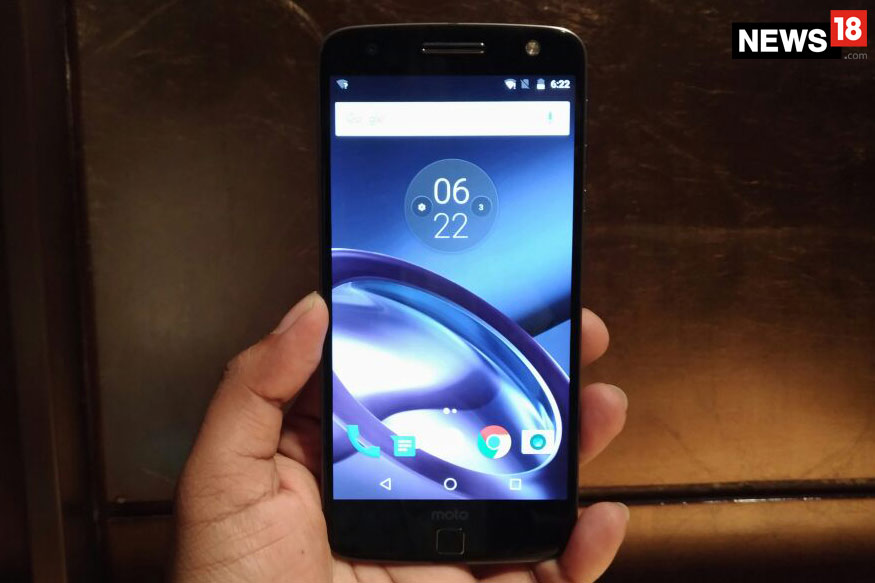 The Moto Z Play on the other hand, comes with a 5.5-inch Full HD Super AMOLED display, runs on Android Marshmallow OS and is powered by a Qualcomm Snapdragon 625 processor backed by 3GB RAM. The device will come with 32GB internal memory that is expandable up to 256GB. The Z Play will sport a 16-megapixel f/2.0 rear camera with dual LED Flash and a 5-megapixel front camera with LED Flash. For connectivity, there will be USB Type-C and a 3.5mm headphone jack. The battery on the Z Play will be at 3,510mAh. Along with the phones, the company has also launched the Hasselblad True Zoom Mod that offers 10X optical zoom with Xenon flash that transforms the phone into a superzoom camera, a movie projector, boombox, and more.

The Moto Z will be available starting October 17, 2016 in India on Motorola's e-commerce partners.