The Moto Z2 Play was recently unveiled for a price of $499, which roughly translates to Rs 32,200. Like the earlier Moto Z Play, this one will also offer Moto Mod support. (Representative image: Siddharth Safaya/ News18.com)

The Motorola Moto Z Play is an all-rounder for the price of Rs 24,999 and is definitely recommended. However, if you are not too much keen on investing on additional Moto Mods, then the Moto Z Play makes little sense.

The new Moto Z Play has taken the mid-range smartphone competition to the next level. While smartphones like OnePlus 3T, Asus Zenfone 3, Honor 8 are offering the best hardware deal for their respective prices, the Moto Z Play is the only affordable modular smartphone.

Moto Mods make the Moto Z Play the most innovative smartphone under Rs 25,000. Apart from modularity, it is a beast in itself. After using the Moto Z Play for almost a month here is our review. Motorola Moto Z vs Moto Z Play: Which One Should You Buy?

Motorola Moto Mods: Should You Buy or Not?

Motorola Moto Mods: Here's all You Need to Know

15 Motorola Phones That Will Get Android Nougat Update

Before you take out the Moto Z Play from the box, you will be amazed to see that it comes with every accessory you need. There are earphones (cheap quality but doable for calls), you will get a Style Mod for free to protect the Moto Mod Connector at the back of the phone and to also make it look stylish. And not to forget, there are separate charging and USB Type-C cables as well. 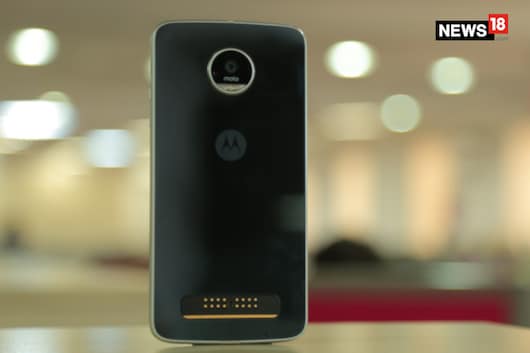 The Moto Z Play is a solid and compact smartphone. The glass back along with the aluminium frame makes it look classy. Coming to the display, the Moto Z Play offers a 5.5-inch AMOLED display with 1080p Full HD resolution at 403 ppi with good sunlight visibility and a rich feel.

The Moto Z Play is powered by 2GHz Qualcomm Snapdragon 625 processor with 3GB of RAM and 32GB of internal storage which is expandable up to 2TB. The flagship Moto Z is powered by a more powerful Snapdragon 820 processor and of course, offers seamless modular experience while switching Mods.

What’s impressive in the Moto Z Play is that the seamless experience is retained despite being powered by Snapdragon 625 processor. Overall, it is a smooth device and performance is not an issue at all. 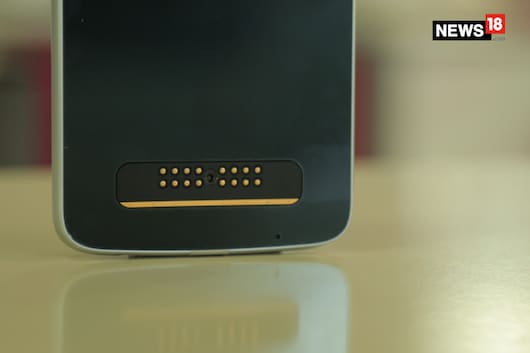 On the software front, the device runs stock Android Marshmallow. Of course, it will receive the Android Nougat update in the coming months. The entire modular experience is flawless without any lags. Also, you can swap between Mods in real time without having to restart the phone.

The Moto Z Play comes with a massive 3,510 mAh battery. It claims to offer a mixed usage battery time of up to 45 hours and it delivers as well. It also comes with Quick Charge which can offer up to 7 hours of battery life in 15 minutes of charge.

The device offers a 16MP f/2.0 rear camera with PDAF, dual LED Flash along with a 5MP front camera with LED Flash. The image quality is good, however, images under low light will not impress. The front camera delivers decent selfies. 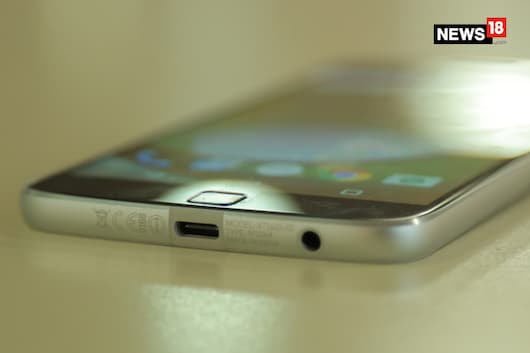 The Moto Z Play is an all-rounder for the price of Rs 24,999 and is definitely recommended. However, if you are not too much keen on investing on additional Moto Mods, then the Moto Z Play makes little sense.