Motorola Moto Z2 With Moto Mods to Launch on June 27

As per rumours, the next in line is the Moto Z2 from the Motorola family.

Speculations suggest another Motorola smartphone on the line-up for the month of June. After the unveiling of Moto C, Z2 Play and the Moto E4, Motorola has now scheduled a phone launch for June 27.

As per rumours, the next in line is the Moto Z2 from the Motorola family. As of now, nothing is confirmed about the specifications of the smartphone. It is sure to run on Android 7 Nougat OS, just like any other Motorola smartphone.

The image distributed by Motorola showcases a smartphone with a camera protrusion that looks purpose-built to support Moto Mods. This is what tips us to believe that the upcoming smartphone will be the Moto Z2 and will come with Moto Mod support. 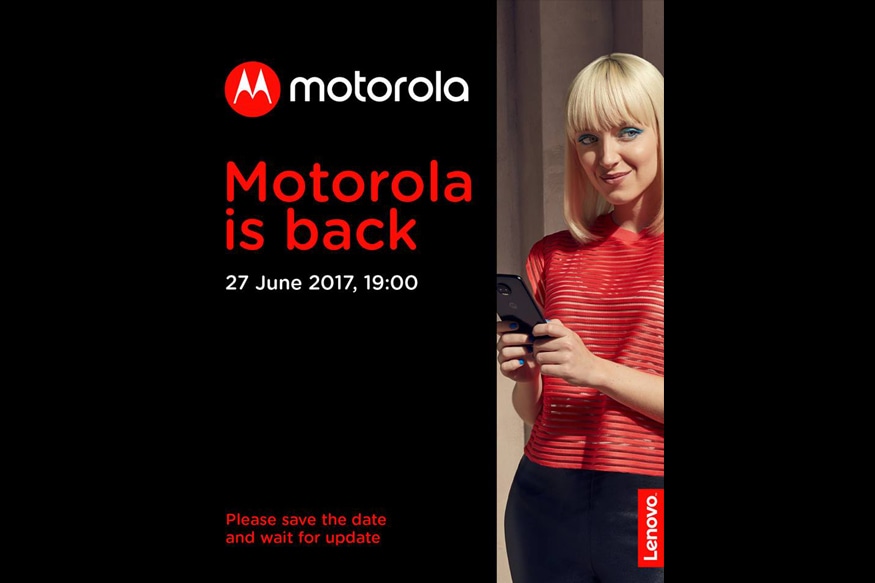 Motorola will be back with a new smartphone on June 27. (Image: Motorola)

The previous launch by Motorola – the Moto Z2 Play comes with a 5.5-inch Full HD display, a metal unibody design and Moto mod support. It is powered by Snapdragon 626 processor and runs on the latest Android 7.1.1 Nougat.

Memory options of the smartphone include 4GB RAM and 64GB internal storage. Along with this, there is a 12-megapixel primary camera and a 5-megapixel secondary camera.