The NASA guidelines come just ahead of the expected big push for human missions into space. All along, spacecrafts and rovers, for instance, have undergone strict cleaning and sanitization processes before they reach their destination to kill any microorganisms that may have travelled.

This has been up for debate for a while now, but there are no two ways about it. Biological contamination of the solar system is a serious issue and NASA has issued Interim Directives (NIDs) about requirements for upcoming robotic and human missions traveling to the Earth’s Moon, and human missions traveling to Mars. The NASA Interim Directive NID 8715.128 addresses the upcoming robotic and crewed missions to the Moon while the NID 8715.129 sets the guidelines for the human mission to Mars. The new guidelines intend to follow up on NASA’s already very strict processes about planetary protection, which includes not contaminating the solar system and also not bringing back microbes from space that could cause harm to life on Earth.

“We are enabling our important goal of sustainable exploration of the Moon while simultaneously safeguarding future science in the permanently shadowed regions. These sites have immense scientific value in shaping our understanding of the history of our planet, the Moon and the solar system,” says Thomas Zurbuchen, Associate Administrator of NASA’s Science Mission Directorate. “It’s vital that NASA’s regulations remain synchronized with our capabilities and plans. This NID will enable the human exploration of Mars, creating new opportunities for awe inspiring science and innovative commercial activities. I believe science and human exploration are complimentary endeavors and I’m excited to see these policy reforms open up a new era of discovery,” says NASA Administrator Jim Bridenstine.

The NID 8715.128 states that the directives mentioned apply to all NASA missions that may encounter the Earth’s Moon. “The provisions of this NID cover robotic and crewed spaceflight missions with NASA involvement, which may intentionally or unintentionally carry Earth organisms and organic constituents to the Moon. Specifically, this includes NASA-controlled missions, commercial missions sponsored by NASA, joint missions in which NASA participates, and NASA support of non-NASA missions to the extent specified or referenced in the applicable contracts, grants, or agreements,” it says. 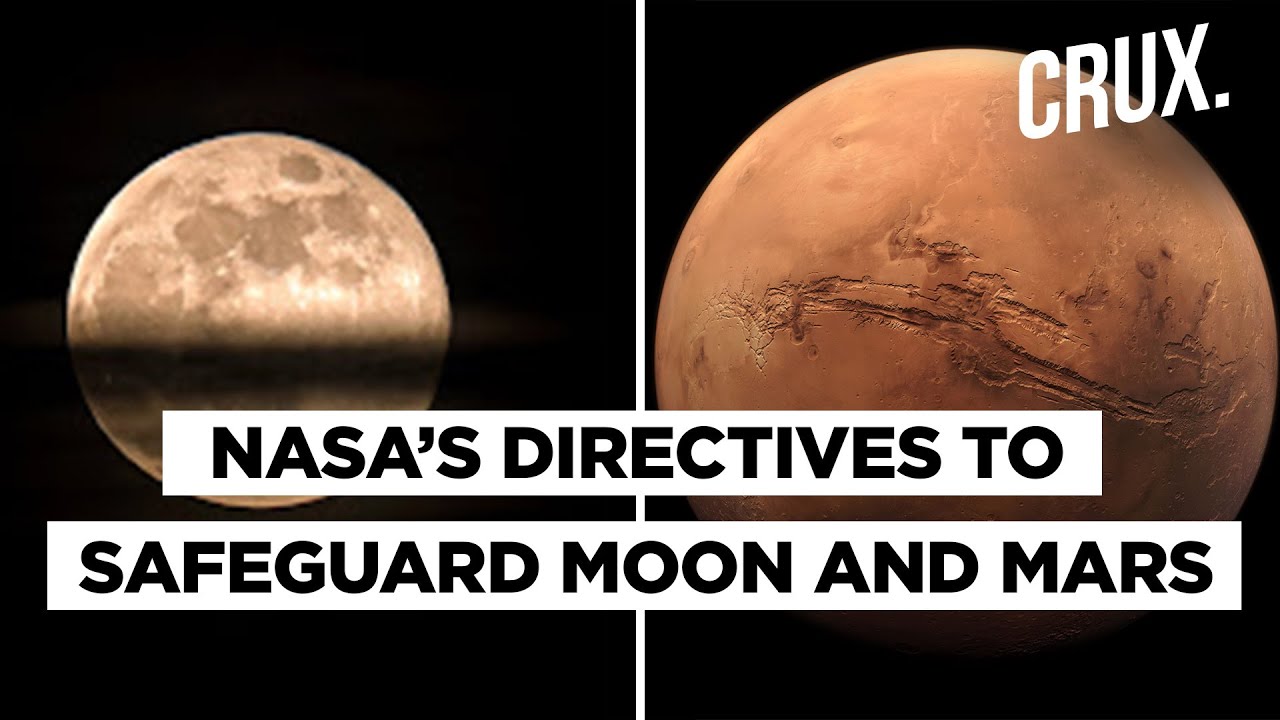 NASA however warns that due to the evolving and the still incomplete knowledge of transport mechanisms on the lunar surface, the latest NID could be subject to changes if new information about lunar environments indicates that there could be the requirement for a different planetary protection categorization for missions to the Earth’s Moon.

The NID 8715.129 includes all NASA-controlled missions, commercial missions sponsored by NASA, joint missions that NASA participates in, and NASA support of non-NASA missions. It states the necessity to “control forward contamination of other worlds by terrestrial organisms and organic constituents carried by spacecraft in order to support the integrity of the search and study of extraterrestrial life, if it exists.”

These guidelines come just ahead of the expected big push for human missions into space. All along, spacecrafts and rovers, for instance, have undergone strict cleaning and sanitization processes before they reach their destination to kill any microorganisms that may have travelled. With humans now perhaps getting added in the mix, there are even more chances that bacteria and other microorganisms will be carried into the solar system.

These guidelines, NASA says, are evolving and will be changed as and when new information comes through specific to missions.