India’s vernacular internet users are growing by the hour, and so are apps that promise videos with catchphrases like “Ladkiyon ke saath chat karein”.

Social platforms that offer viral video content in vernacular languages are a rage among the growing section of first-time internet users in India. However, a large number of these apps have users (both creators and consumers) that post content that are borderline sexual and inappropriate. While the presence of adult content on the internet is not new, abrupt or surprising, what strikes out is the perception of these apps, and the impact that it can have on young, impressionable, first-time internet users.

It is exactly this that the Madras High Court attempted to impose a ban on TikTok over. The premise for its ruling stated that the social video platform had an overwhelmingly large user base of young individuals aged below 18, who were addicted to content that appeared pornographic, lewd and with sexual undertones. This was deemed detrimental to the mental health of a young consumer, thereby setting the wrong precedent of social interaction in them. After a brief period and a legal hearing, TikTok was cleared for operation, and reinstated on both iOS and Android stores.

TikTok was far from being the only platform that could have been blamed for being addictive, brashly targeting viral usage and with content that incites misleading social construct with hints of sexual intent. Nonolive (iOS/Android, Free), which is described as a ‘game live streaming and video chat’ app, has over 10 million downloads, and a rating of 4.1 from over 200,000 reviews on the Play Store. An in-game advertisement for the app shows scantily-clad women with blurred-out faces, and a description in Hindi that says, “Ladkiyon ke saath chat karein” (chat with women through the app). Another such app, Vigo Video (iOS/Android, Free), appears to be an even bigger phenomenon — with over 100 million downloads on the Play Store and a rating of 4.3 from 670,000 reviews. It is advertised as ‘funny social videos’, allowing content creators to share their work through personalised feeds, be featured on Vigo’s own social handles and become “famous”. Upon downloading, the app does not even compel to login, and instead shows a ‘For You’ feed. Among other content, some of the videos suggested themes such as lap dances and fellatio. Interestingly, SensorTower data reveals that Vigo Video is actually the mass market product of TikTok’s parent ByteDance itself, which markets the app in 83 countries and earned over $100,000 in revenue last month.

‘Likee’ (iOS/Android, Free) is another such platform, with over 100 million downloads on the Play Store and a rating of 4.6 from over 2 million reviews. Like Vigo, it too does not compel a user to sign in, and the content remains similar. It is run by Bigo Technologies, which also owns and operates the massively popular (and now more regulated) Bigo Live app. Another such app is ‘Kitty Live’ (iOS/Android, Free), which has a relatively smaller pool of users (with 5 million downloads). One of its promotional videos is labeled as ‘the best live streaming in Southeast Asia’, set on a backdrop of women, only. Other apps that seem to offer content on the same lines also include VMateStatus and MCat.

However, the ByteDance-backed Vigo Video app is listed on iOS for users aged 12 and above, which is strange, seeing that the premise of all of these apps are similar in nature. In its age rating description on the App Store, the developers have mentioned “Infrequent/Mild Mature/Suggestive Themes, Sexual Content and Nudity” as a clause, thereby at least giving users a disclaimer for the kind of content that a user may be exposed to. On the Google Play Store, there is only a statutory warning that reads ‘parental guidance recommended’.

The second issue here is even more alarming — barring Kitty Live, none of the above-mentioned apps required a compulsory sign-up process, thereby not applying any sort of age restriction filter, or any filter at all. It almost qualifies as an instant setup process — simply download the app, and start watching any video you feel like. While theoretical age restriction filters at the signup process are not the most secure authentication filter, it still provides a layer of screening that may prevent many users from being exposed to content that qualifies under “sexual”, “suggestive” or “nudity”.

Regulations to the rescue

It is important to consider TikTok’s legal fiasco in India for the precedent it set. The Madras High Court’s ruling concluded that TikTok’s content was, in fact, not sexual in nature. It also stated that the platform was aware of the problems of its viral expansion, and had put in place ample regulations that would reasonably prevent online harassment to its users.

However, it failed to address the infamous “grey area” in content regulation and policies, which mandate that as long as a piece of user-generated content is willingly shared, and is not vividly sexual, misleading, offensive or violent, it should be permitted space on open, public forum. It is this that the aforementioned apps operate on — almost all of the content that is created and shared on the platform are by users themselves.

An example of comments spotted on one creator's live feed: All of these platforms also use Machine Learning to offer personalisation, showing users only what they like and want to see. As a result, if someone wishes to use Vigo Video to follow humour, sports or politics, they will mostly likely get to stay away from sexually suggestive videos, at least theoretically.

In light of this, none of the apps are marketing anything that’s “wrong”. They even come with embedded warnings that impose bans on sexual content, offensive or misleading comments, and so on, covering the legal norms for the developers. It is, hence, not ideal to ban them — after all, free speech is one of the strongest pillars of the internet.

A closer inspection of videos shared on Nonolive, Vigo Video, Likee, Kitty Live or other such platforms show that most of the videos are set in rural or semi-urban backdrops. Wilful or otherwise, if one is to assume that most users sharing these videos are real individuals, they also belong to cities that fall under Tier-II categories or below.

This also hints at the target user base of these services — the new internet users of India, who are primarily looking for entertainment and are open to sharing phone numbers and interacting with strangers. A market study titled The Changing Face of the Indian Mobile Users by InMobi states that roughly 40-50 percent of India’s internet users are from rural or semi-urban backgrounds, and the latest 100 million Indians to have come online are majorly from rural India. 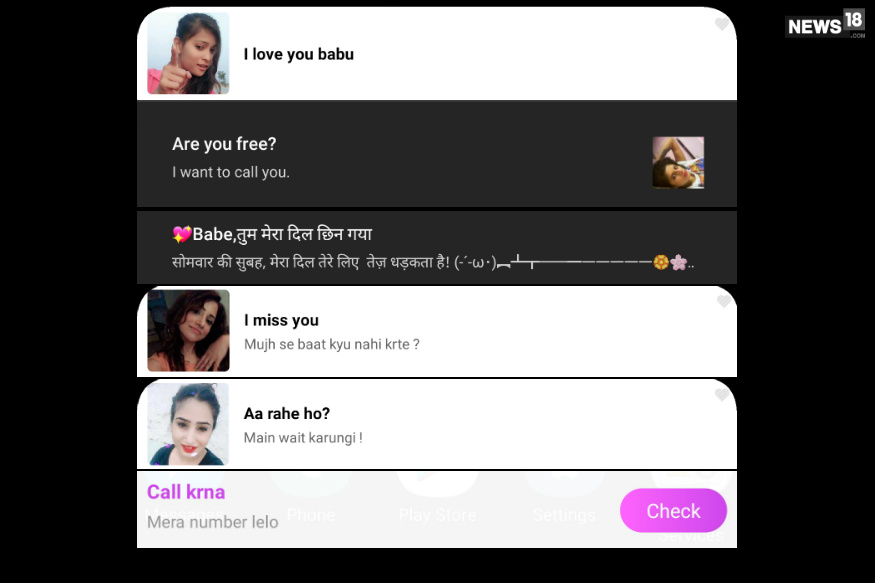 When it comes to non-gaming internet activity, an overwhelming 73 percent of all users are male, mostly within 25 years of age. It is, hence, hardly a surprise that these apps advertise content that blatantly objectify women to target the male imagination. As a result, even though the content here do not qualify as entirely sexual, they do just about enough to titillate. Some of these apps, such as Likee, also offer location-based recommendations, where one can see live streams that are in the vicinity. This makes the experience even more engaging and locally relatable.

The two biggest problems that arise out of this are addiction and a socially incorrect mentality. Given how addictive these videos are owing to their nature, users keep on returning to them at any time that they can. Not only this, they even recommend these apps to their friends, and given the affordable data and smartphone prices, it becomes a way for groups of young users to connect.

Prashant V (name changed on request), who drives a taxi with a popular cab aggregator in Delhi NCR, says he heard of Likee from one of his friends when he visited his home town, Gorakhpur. “I first heard of the app when I bought my phone from a friend, and since then, I keep talking to others on the platform. I don’t think there’s anything wrong with it, because I am not forcing anyone to dance for me,” he said. When asked about teenagers using it, he said, “usmein kya hai? Video dekh ke kisi ki beizzati thodi kar raha hai.” (what’s wrong with it? It’s not like they are disrespecting anyone by seeing these videos.

The platforms in question also offer rewards to their users for posting the most engaging content. Given that everything inside these apps happen on the internet, there is an added sense of insurance that no physical harm can come out of it, which further suggests that it may not hurt to push hemlines upward. To make it more relatable, most of the content is in Hindi or other regional Indian languages, giving the vernacular internet the most addictive tools to interact with.

It is a vicious cycle of social media-mandated validation, one that swings either way. It keeps users engaged enough to post more frequently, viewers hooked on to live streams for a false sense of phallic satisfaction and interacting with the opposite sex, and the numbers flowing in for the social platforms that, theoretically, is not doing anything wrong. After all, it is the users that define the nature of a platform.

Think of this as a new age version of old school internet chat rooms. Instead of ‘sexting’ in murky chat windows with heart-shaped motifs in the background, the pretext of ‘meeting new people’ is being presented through perversion, and an idea of social interaction that in the woke, urban world would qualify as vile, sexist and objectifying.