Nike blockchain platform will also track the ownership and verify the authenticity of sneakers using the blockchain-based system.

But what does the blockchain bit do in a sneaker? First and foremost, this would allow Nike to control the production and distribution of the sneakers, as well as allow users a lot more scope for customization. “When a consumer buys a genuine pair of shoes--colloquially known as "kicks"--a digital representation of a shoe may be generated, linked with the consumer, and assigned a cryptographic token, where the digital shoe and cryptographic token collectively represent a "CryptoKick". The digital representation may include a computer-generated avatar of the shoe or a limited-edition artist rendition of the shoe. The digital asset may be secured by an encryption-protected block that contains a hash pointer as a link to a related block in a decentralized blockchain, a transaction timestamp, and transaction data,” the patent reads. 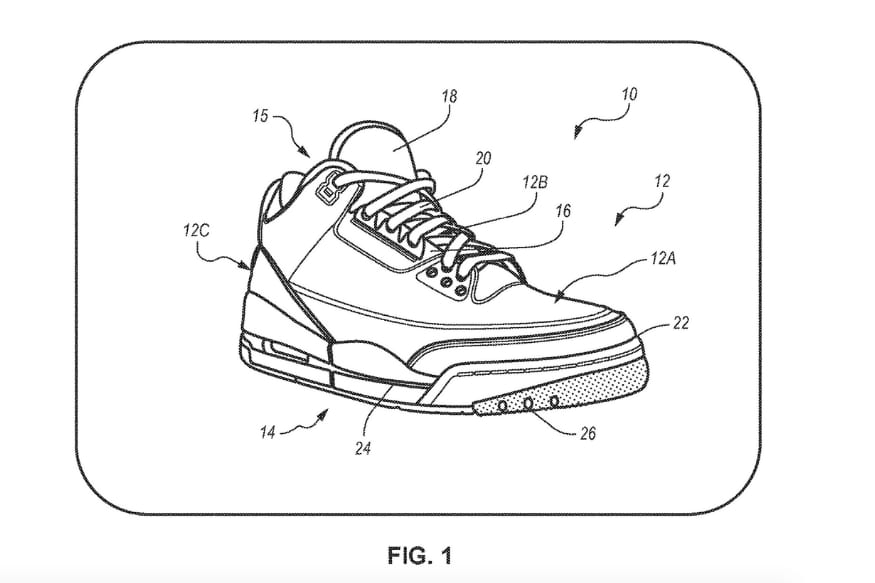 Secondly, there is the ability to manage digital assets. Using these crypto digital assets, a buyer can securely trade or sell the tangible pair of shoes, trade or sell the digital shoe, store the digital shoe in a cryptocurrency wallet or other digital blockchain locker, intermingle or "breed" the digital shoe with another digital shoe to create what is known as a "shoe offspring.” The newly bred shoe offspring custom can then be ordered as a new, tangible pair of shoes. The real-world shoe and the digital shoe will be coordinated based on various data, including physical attributes, colours and styles—and there will be rules for this breeding. The fact that this could really be fun and serious at the same time is proved by the patent which states that Nike CryptoKick owners may be able to access optional features including surrogacy for breeding plans between two or more discrete digital shoes and parenting or nannying features provided by a third-party entity that does not own the digital shoe.

The Nike blockchain platform will also track the ownership and verify the authenticity of sneakers using the blockchain-based system—well, theoretically, it should be able to. The original patent was filed in April, and now that Nike has bagged this, we may see a blockchain sneaker sometime next year. At least we hope we do.
Tags: