Nikon Z6 Review: A Strong Statement that Ably Rivals the Sony a7 III

The Nikon Z6 is the Japanese brand’s first full frame mirrorless camera, and produces results that are worthy of the Nikon brand name.

For the longest time, as Sony and Fujifilm moved steadily into the trend of mirrorless cameras across the world, Nikon stuck to its tried and tested formula of DSLRs. Such was its popularity that it even persevered with its market presence, but even the mightiest of brands can only thrive for so long despite ignoring market trends. Hence, when the Nikon Z6 and Z7 were finally launched in late 2018, nobody was taken by surprise. The question that remained was, are they as good as Nikon’s cameras have always been? Over the past few years, Sony had firmly established itself in the mirrorless space, particularly with the full frame sensors. Would the Nikon Z6 step up to competition?

We begin our review by talking about the overall quality of photographs that the Nikon Z6 is capable of taking, since that is what we assume most buyers would be on the lookout for. Those who are looking at the Nikon Z6 as a price-efficient target for full frame videography, scroll down to read about how it fares in shooting videos.

To begin with, the Nikon Z6 features a 24.5-megapixel full frame CMOS sensor, which is paired with a snappy new generation processor and a hybrid autofocus system with 273 on-screen AF points. The combination is a winning one for Nikon, since it produces a wide range of results that are consistent, and in line with what you would expect of a full frame camera. For reference, the sensor resolution and the AF points are also where the Nikon Z6 differs primarily with its more expensive sibling, the Nikon Z7. Price set aside, these factors give the Nikon Z6 and Z7 very distinct customer groups to cater to — while the Nikon Z6 is a full-fledged consumer camera for enthusiasts and semi-professionals looking to upgrade from crop sensor cameras (APS-C and below), the Nikon Z7 is majorly for more adept users who professionally require the higher resolution, and subsequently the larger number of focus points, for more precise shooting such as in nature photography magazines, or even billboards. 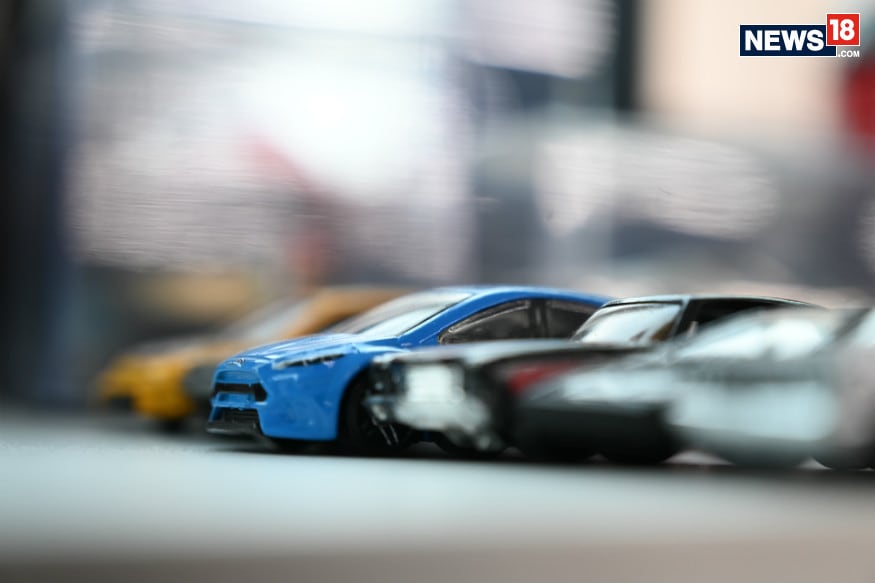 With that out of the way, the first thing that any user needs to know about the Nikon Z6’s imaging performance is the splendid colour reproduction and white balance accuracy. Gone are the times when Nikon’s colour tone would heavily bias the greens — in the Nikon Z6, photographs represent highly accurate colour shades, aided in complexity by the splendid dynamic range of the camera. Composite shades are represented well, even if you are shooting only for in-camera JPEGs, and cannot be bothered with RAW files.

The camera holds its composure very well in neutral, or even biased lighting conditions. In natural daylight, the automatic white balance adjustment algorithm plays its part very well to retain the warm tones of diffused sunlight, without imposing warm tones on complicated shades such as turquoise and salmon orange. The dynamic range kicks in here to produce a great range of shades, and represents textures very well. For instance, macro photographs of a wide range of flora will give you an equally diverse range of accurate colours, albeit with a marginal level of oversaturation in most JPEGs. One big factor to talk about here is low light photography. Nikon has improved in this area in leaps and bounds, and the Nikon Z6 succeeds in preserving a decent level of textures and colour tones even in low light conditions. The overall performance has an impact on skin tones as well, and while we did notice a slight tinge of warmth on most skin tones, the same can well be the impact of saturation level. To cope with low light conditions, Nikon has equipped the Z6 with dual gain pixels, which in common parlance means that the Nikon Z6 exhibits two levels of native ISOs. In low light conditions, results shot at upward of ISO 800 are managed in terms of overall brightness in a frame by the image processor. As a result, the camera exhibits ISO invariance, the adverse effect of which is compromised dynamic range and overall details.

However, it is important to note that the compromise is not too heavy, and in certain conditions, the trade-off is worth the gain in overall noise refinement. There are far fewer shots that produce harsh noise, and the noise reduction does not introduce soft edges to the extent that it did. In fact, in low or tricky lighting conditions (such as in nightclubs), the Nikon Z6 produces a respectable range of details, colours and accuracy of tone, and provides enough range for you to blow up the shadows by at least some margin. That said, there is a tendency of banding that the Nikon Z6 exhibits in high contrast photographs converted from RAW, or even in low light. The banding is particularly evident upon micro-inspection, in shadow areas that fall right next to high brightness areas. On overall terms, however, the impact of banding and invariance-based lack of dynamic range in low light will really not bother you in your everyday shooting roster. Even in these situations, what I particularly like is how the Nikon Z6 manages to hold its composure in terms of colours, details and noise levels. The camera also shoots 12fps burst, and the wider buffer now means that the level of intuitiveness is great on the Nikon Z6.

To sum up, the Nikon Z6 truly hits the ball hard when it comes to imaging performance. It even gets rid of some of the annoying traits associated with older Nikon cameras, and produces results that offer accurate and really pleasing colours, coupled with great tonal accuracy of white balance, good textures and details, and a far improved ISO performance. For photographers, the Nikon Z6 gives the Sony a7 III a steep run for its money, and while each have their own strengths, the Nikon Z6 is in no way an inferior performer to the excellent Sony a7. Central to this is the set of videography specifications, which include in-camera 4K oversampling, 10-bit N-log and 4:2:2 uncompressed 4K video output over HDMI. The overall video quality is excellent, with the camera allowing you up to 30fps 4K video shooting, although we did hope for a 60fps option as well. The 273-point autofocus module shoots like a dream here, and for what I recall to be the first time, Nikon has aced the continuous autofocus performance in a non-flagship grade camera. The only real issue we had here was the lack of linear manual focus while shooting — something that puts the Sony a7 III ahead of the Nikon Z6’s reckoning, and is a factor that many interested in videography would sorely miss.

The tilting LCD display is pretty decent, and offers a limited range of versatility for videographers to shoot in awkward angles. However, the limited angle of tilt may not be helpful quite often, thereby affecting its overall utility. The 3.69-million dot electronic viewfinder comes with 60Hz refresh rate and 0.8x magnification, and while it suffices for regular shooting, the comparatively lower refresh rate affects when you shoot burst. Nikon’s interface has also remained the same, which means that while those used to it will find it great, it’s still not ideally ergonomic.

What compensates for these points is the brilliant build quality. While the camera body does feel a tad too heavy, it also feels extremely reassuring. The weather sealing is reassuring, the hand grip is sizeable and ergonomic, and everything about the Nikon Z6’s magnesium alloy body makes it feel like a premium product on overall terms. It even gets the comparative advantage over its prime rivals from Canon and Sony in terms of sheer build quality and the ergonomic button arrangement, and even its new lineup of Nikon Z-mount lenses feel like non-mainstream products.

The OLED plate at the top is, as always, a nifty addition to view settings on the fly, and the proximity sensor ensures some battery saving when you are using the eyepiece. However, this brings us to our two major points about the Nikon Z6 — the heft makes it really difficult to shoot one-handed auto, and the battery life is a bit too thin. For approximately 350 shots per charge cycle, the Nikon Z6 provides everything for the on-the-move videographer but battery life, which essentially means that to ensure a full day’s shoot, carrying battery spares is a must.

The final issues we have with it begin with the presence of a single-slot XQD card, when it could have very well been SDXC. seeing how most competitors offer dual-slot SDXC storage (more space and more affordable), we can’t quite see exactly what benefit will the Nikon Z6 take from using an XQD card, especially now that SDXC cards can also offer high speed data reading and writing speeds. Finally, while the multi-way joystick is good to navigate through photos and menus, it is a bit too tedious and slow if you are to switch focus between subjects in an instant. With touch to shutter at hand, this is one issue that we expect Nikon to iron out for sure, as and when it follows up on the Z6. 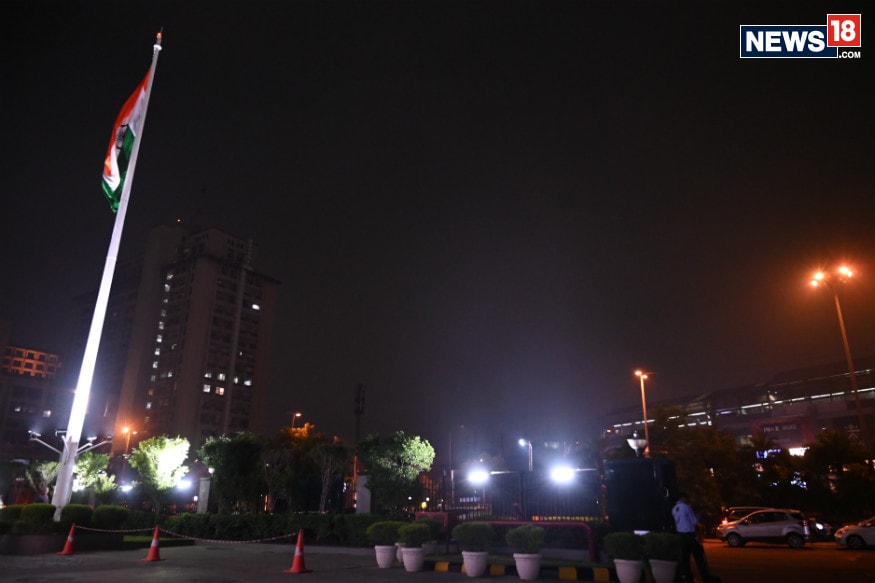 The Nikon Z6 is a first-generation product, but it performs with impeccable refinement. It is an absolute delight to shoot with, and produces some sublime photographs. Its video credentials are serious, and when you get down to business in both photography and videography, the Nikon Z6 does not disappoint. The autofocus system further adds to the snappiness of the camera, and the build quality makes it feel more expensive than it is. However, being a first generation product, it does have a few shortcomings — battery life is low, the EVF flickers can hinder pro users, the live display’s angle of tilt isn’t really useful, the AF switching with the joystick can get annoying over time, and using an SDXC slot would have simply made much more sense, than what you get here.

If you decide to live with the Nikon Z6, you will likely get used to its shortcomings. While it matches the Sony a7 III in performance and even outdoes it in many cases, its ancillary downsides mean Nikon still has some work to do, to make it perfect. At Rs 1,56,450 (body-only), the Nikon Z6 is still a great camera to buy, and we cannot wait to see what the company has in store for the future of its mirrorless lineup.