Nokia 3.1 Plus Review: It Feels More Expensive Than it is, And That is Half The Battle Won

The Nokia 3.1 Plus is instantly likeable, and apart from the comparatively disappointing camera, this Android One phone does well in most other aspects.

Press the power button, you hear the legendary Grande Valse tone for a couple of seconds, as the phone boots up and you know you are in good hands. This tone was composed by Spanish classical guitarist, and variations of this have been the hallmark of Nokia phones for years. It is good to hear the classic again. But before we get swept away by some nostalgia, we must hold on tight to the present. The phone in question is the Nokia 3.1 Plus, and this is the latest Android One phone from the house of HMD Global. It is priced Rs11,499 onwards. 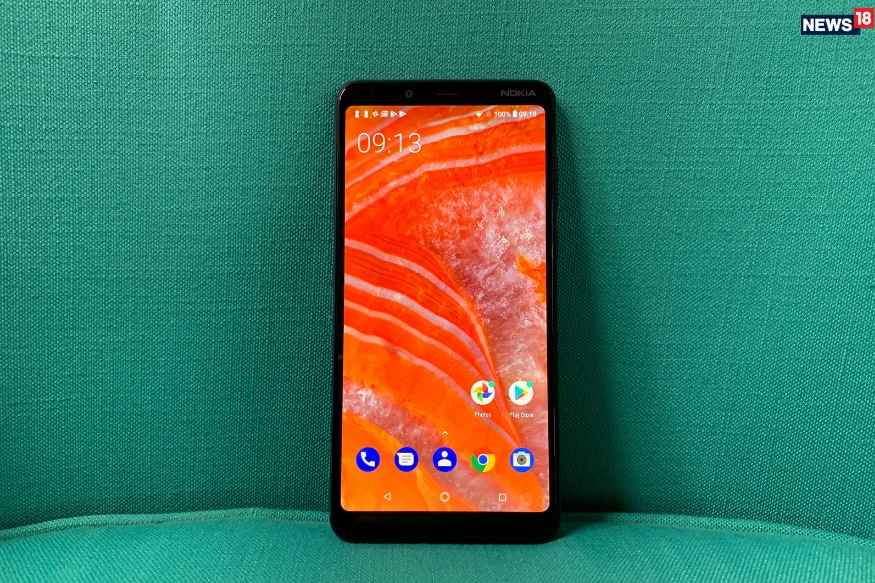 The charm of the Nokia 3.1 Plus perhaps lies in the fact that it is keeping things simple. This could have been a big phone, with a 6-inch display, but the footprint has been kept well in check. Flip it over, and the very grippy finish for the back panel is more than welcome. The rounded edges and the slightly curved spines additionally make the Nokia 3.1 Plus a great phone to hold. The metal frame only goes on to accentuate the premium feeling and adds a generous amount of solidity to the overall structure. Not many phones in this price range have this, and that means full marks to the Nokia 3.1 Plus. The power button and the volume rocker both sit on the right-side spine, though we would have preferred a different finish on one of them for the finger to better recognize between the two—when you aren’t looking. We noticed that the phone does have the habit of catching fingerprints easily if you aren’t holding up the phone with completely clean and absolutely not moist hands. That said, HMD Global is trying to buck the convention—there is no black colour option of the Nokia 3.1 Plus. You get to choose between white, blue and a darker Baltic colour. Our test unit is the one dressed in Baltic, though Blue is perhaps the standout colour among all. In many ways, the large 6-inch display is the highlight. This is a large real estate, but you’ll probably spend more time noticing what isn’t there—a notch. While I am not really picky about a notch in a smartphone display, surely a lot of more discerning buyers would be pleased about this decision from HMD Global. What we really like about this IPS display is that it impresses from the outset in terms of vividness, brightness, viewing angles and crispness. Be it for a spot of YouTube videos (standup comedies or cats, you choose), responding to mails, pondering over documents or plainly trying to get the cornering right with Asphalt 9: Legends (free on Play Store), this display is comfortable to view on, all through. It can be a bit reflective if you tend to keep the brightness low (guilty as charged), but that really is the only genuine shortcoming we notice with this IPS display.

Under the hood of the Nokia 3.1 Plus runs a MediaTek Helio P22 processor. You will get 2GB and 3GB RAM options (with 16GB and 32GB storage options respectively)—what we are reviewing is the 3GB RAM version. We would urge you to give the 2GB RAM variant the wide berth, since that RAM will just not be enough with newer apps and games as time goes on, and futureproofing isn’t necessarily the strongest point of that specific variant. The 3GB RAM version that we have tested, is what we would recommend. Performance is better than expected, also because this phone runs the Android One variant of Android 8.1 (Oreo). That means no unnecessary customizations, no preloaded apps that you may not use, and no extra features bolted on to the operating system. Most apps open instantaneously as you tap on the icon, but some (such as Phone and Messages) tend to take a moment longer if they have a lot of data within them—such as call logs and message threads. Open half a dozen apps, and performance still doesn’t slow down at all.

The 3,500mAh battery gets very close to lasting two days on a single charge, and that for a big screen phone, is a genuine positive.

Performance, as well as battery life, should see a significant improvement once the Android 9 Pie update rolls out for the Nokia 3.1 Plus—the under the hood improvements have made a genuine difference in phones that have already received the update, and the Nokia 3.1 should benefit from those in due course.

The Nokia 3.1 Plus does have a memory card slot (up to 400GB) as well, so that takes care of the storage space stress which you may have. 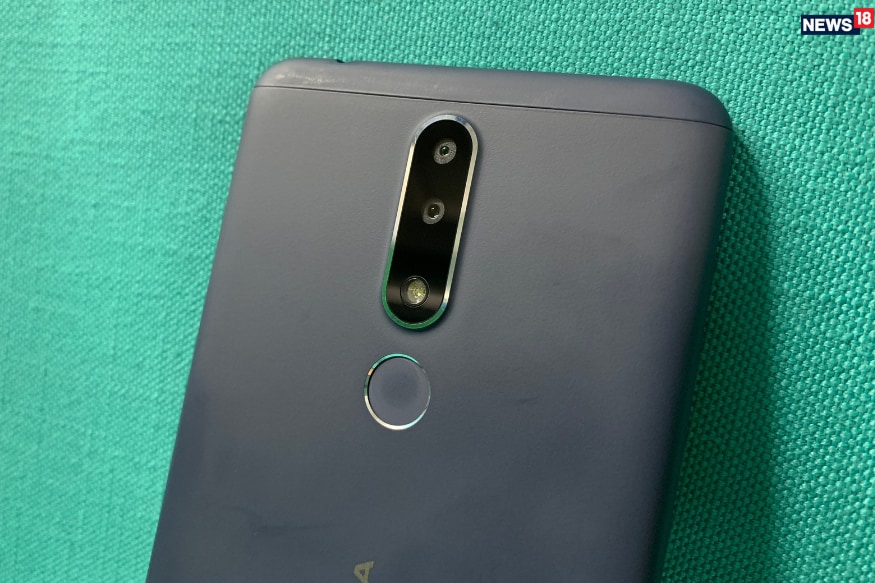 On paper, the Nokia 3.1 Plus is ticking off the camera checklist as well—dual camera setup at the back with a 13-megapixel and 5-megapixel cameras, with large 1.12 microns. That said, this does not have optical image stabilization. As it turns out, the camera performance is the weak link in the Nokia 3.1 Plus package. Daytime and good light photos have good colour and look good, but low light photos aren’t the most accurate. Zoom in and you will soon notice that the finer details aren’t always captured well. Focus also doesn’t always lock in correctly, and you need to manually force the issue. Also, if the lighting is inconsistent, the camera’s capture speeds slows down a bit, which means you need to hold the phone steady for a second longer after tapping the shutter button.

There is the inevitable competition with the Xiaomi Mi A2—it started out with a price tag of Rs17,499 but is now selling for Rs14,999. The recent price reduction of the Mi A2 clearly has given Nokia a bit of a headache—at least for the 3GB/32GB variants, as and when the pricing for those is confirmed. The Mi A2 is also an Android One smartphone and utilizes the same advantage of a clean and uncluttered Android. For the extra money you spend, you get 4GB RAM to go with the Qualcomm snapdragon 660 can offer. The extra RAM could hold it in better stead when you are frantically switching between on an absolutely crazy day at work. It also has a higher resolution display. However, the larger battery of the Nokia 3.1 Plus (3,500mAh as compared with 3,000mAh) is a genuine value addition for anyone who will be traveling a lot.

The Nokia 3.1 Plus is an instantly likeable phone. It is quite rare for an affordable Android smartphone to elicit responses such as “wow” and “this looks great”, but the Nokia 3.1 Plus did that. The performance is smooth, we cannot stop harping on about the advantages of an uncluttered Android, it feels great to hold and the battery life is an added bonus. Yes, it stumbles when it comes to the camera performance, and that we feel is the only shortcoming of what is otherwise a very slick affordable Android phone.